Other material examined. 79 males and 1 female from 40 other sites (see Appendix).

Distribution. Common and sometimes locally abundant in eucalypt forest and coastal heath and scrub over ca 3000 km 2 in northeast Tasmania, from sea level to at least 370 m elevation ( Fig. 26 View Figure 26 ). Known from the north coast south almost to Mathinna, and from the east coast west to the neighbourhood of Bridport. Sympatric with T. decussatum   sp. n. in various parts of its range, and possibly parapatric with T. clarksonorum   sp. n., T. gerdiorivum   sp. n. and T. orientale   sp. n.

Etymology. Noun in apposition, honouring the village bard Cacofonix in the English version of the much-loved series of graphic novels The Adventures of Asterix. In anterior or posterior view, the paired central processes on the gonopod telopodite (Fig. 12A) remind me of the frame of a lyre, as played so memorably by Cacofonix.

Remarks. T. cacofonix   is abundant in eucalypt forest near Old Chum Dam, ca 10 km south-southeast from Gladstone in northeast Tasmania. Pitfall-trapping in this area in 1989/90 yielded 40 males, but many of these are partly macerated. As Old Chum Dam paratypes I selected five males that were trapped in 2000 and are in much better condition. Old Chum Dam is also the type locality of Atrophotergum sodalis Mesibov, 2004   (see Introduction). 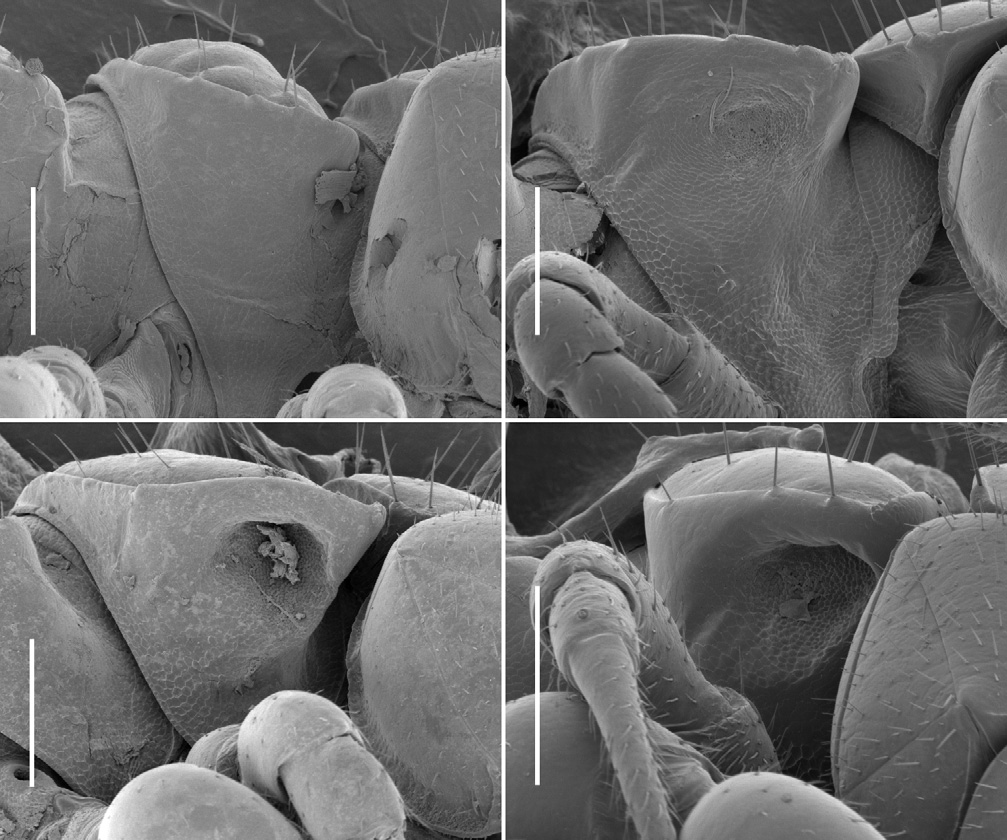