Other material. None known.

Most non-gonopod details as for T. armatum   , but antennomere 3 longest, ring 12 paranota 1.3 × as wide as prozonite, leg 6 tarsus 1.5 × as long as femur. Ring 6 sternite with legs 6 closer together than legs 7; legs 6 and 7 tabs long with sparse fine setae (not in discrete brushes); no setae on anterior margin of sternite.

Female with sternites as wide as long; posterior margin of epigynum produced as short trapezoid.

Distribution. Known from three sites in eucalypt forest (holotype) and caves (paratypes) near Maydena in south central Tasmania, with a maximum distance between sites of ca 15 km ( Fig. 24 View Figure 24 ).

Remarks. Telopodite details vary a little among the five known males. In the holotype the process arising on the anterior surface is longer than in the paratype illustrated and reaches almost as far distally as the top of the laminate process, which has a small tooth on the concave, posterior edge.

The paratypes are not troglomorphic and are likely to be from accidentally cavedwelling populations. Th e holotype is from a non-karst site in the Styx River catchment. I have unsuccessfully searched for this species in forest in the adjoining Tyenna River catchment, where it may be rare. 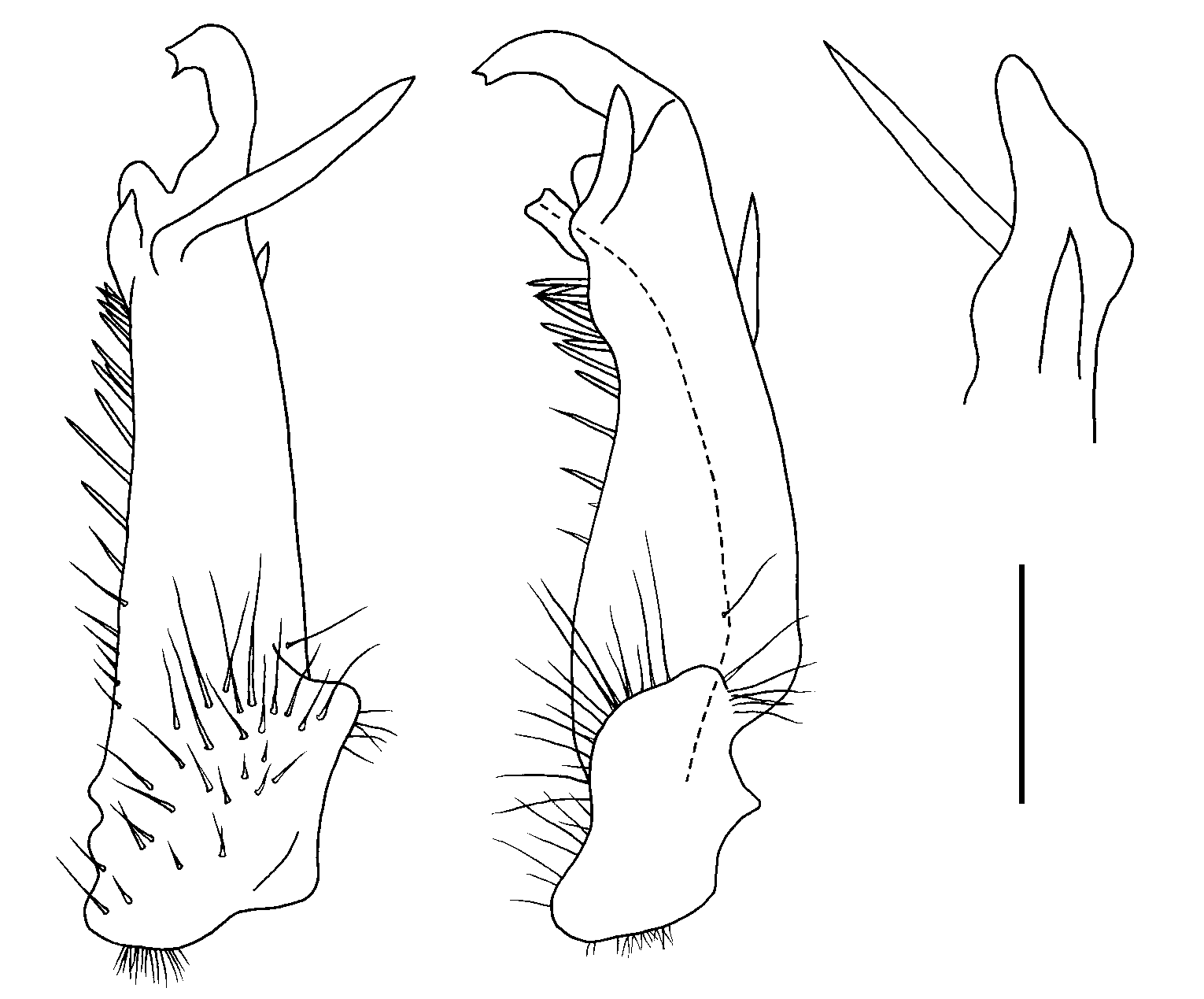 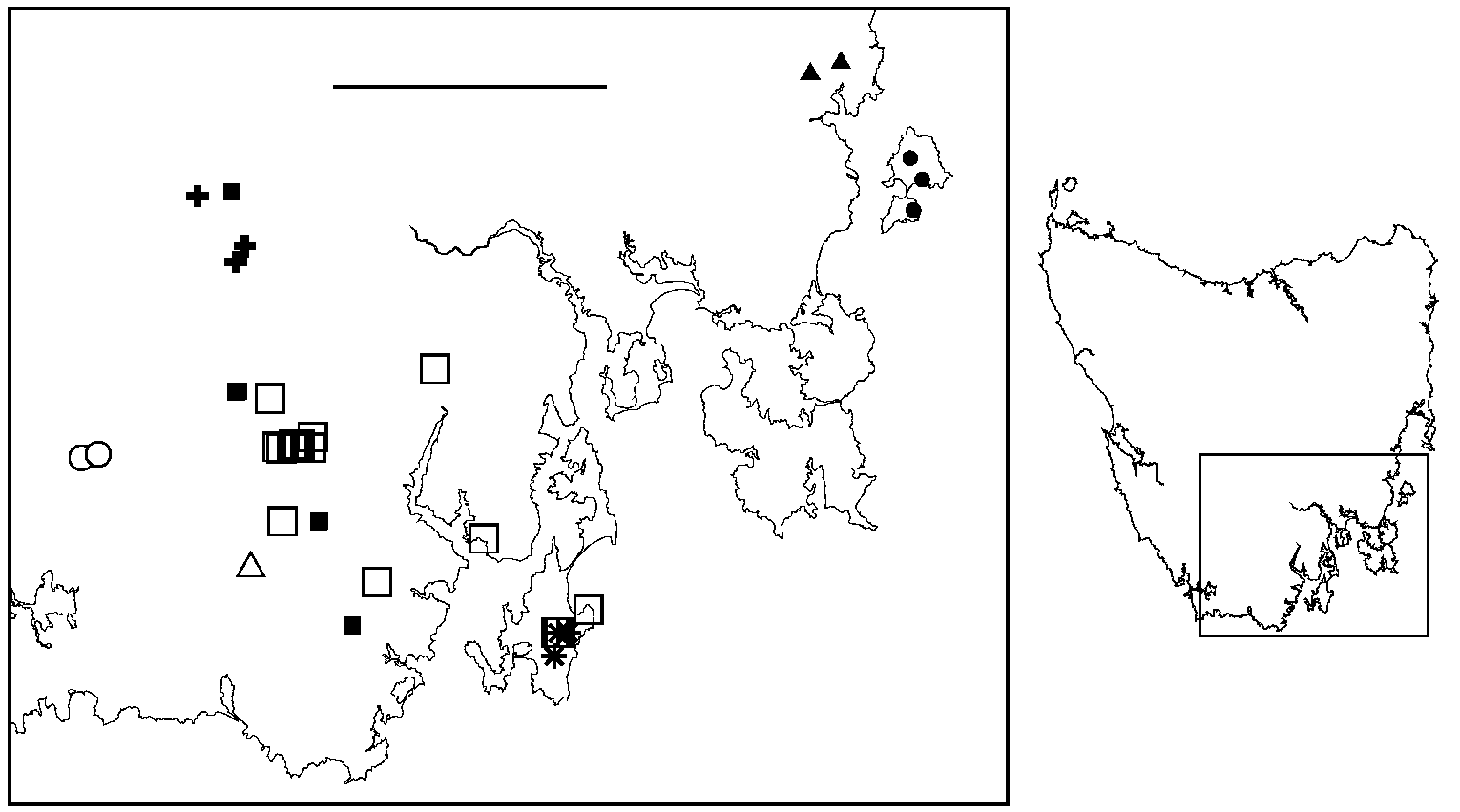