Other material. None known.

Figure |0. Posterior views of gonopod telopodites in situ of topotypical male paratypes, with solenomere (s) indicated. A Tasmaniosoma barbatulum   sp. n., ex QVM 23:51512 B Tasmaniosoma clarksonorum   sp. n., ex QVM 23:46583. Scale bars: (A) = 0.1 mm, (B) = 0.2 mm. Slight bending of flattened apical process in (A) is a preparation artifact; tip of central branch of central process on right telopodite in (B) is broken off. Portions of the background in (A) have been digitally edited for clarity.

Female not yet recognised.

Distribution. Known from dry and wet eucalypt forest at three sites on the northern part of the east coast of Tasmania, from Scamander to ca 10 km south of St Marys, a distance of ca 30 km ( Fig. 25 View Figure 25 ). Sympatric with T. orientale   sp. n.

Etymology. Latin barbatulus, “with a small beard”, adjective, for the basally directed comb of rod-like processes on the gonopod telopodite. 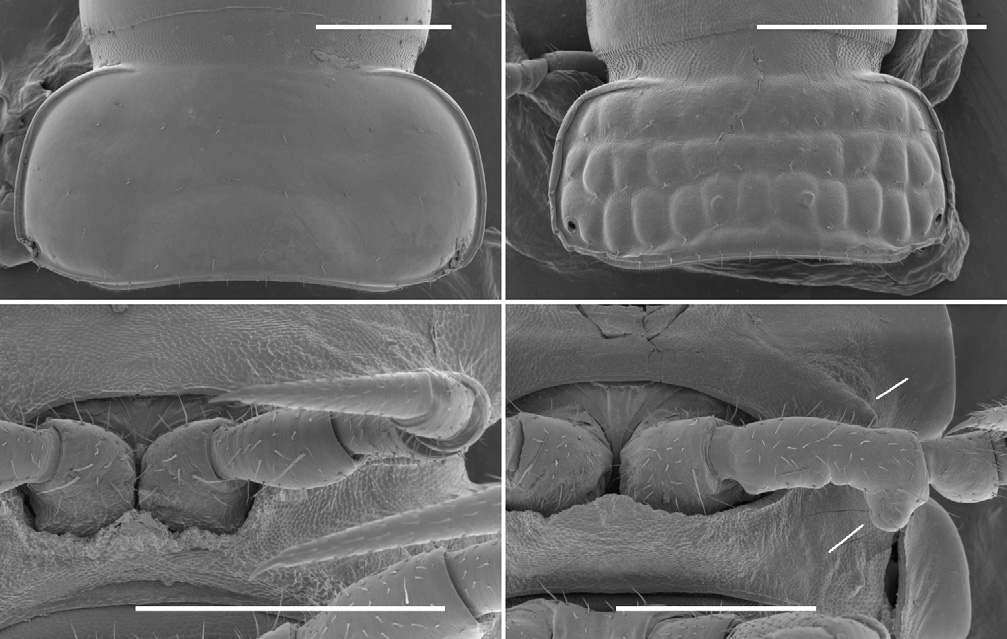 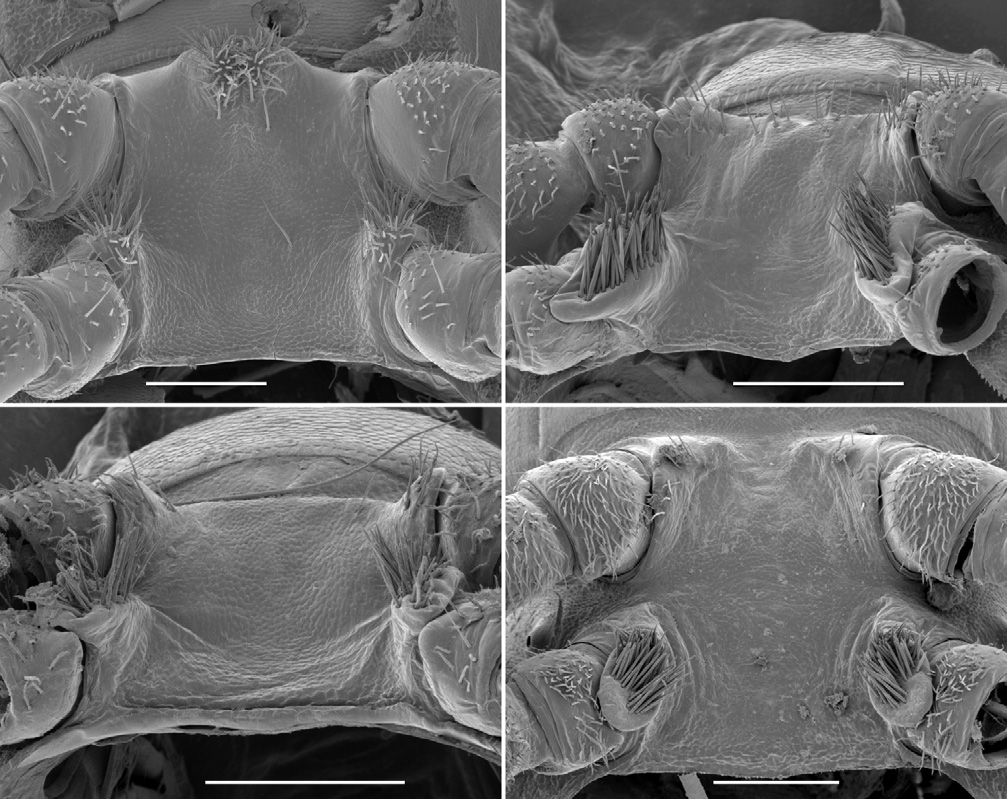 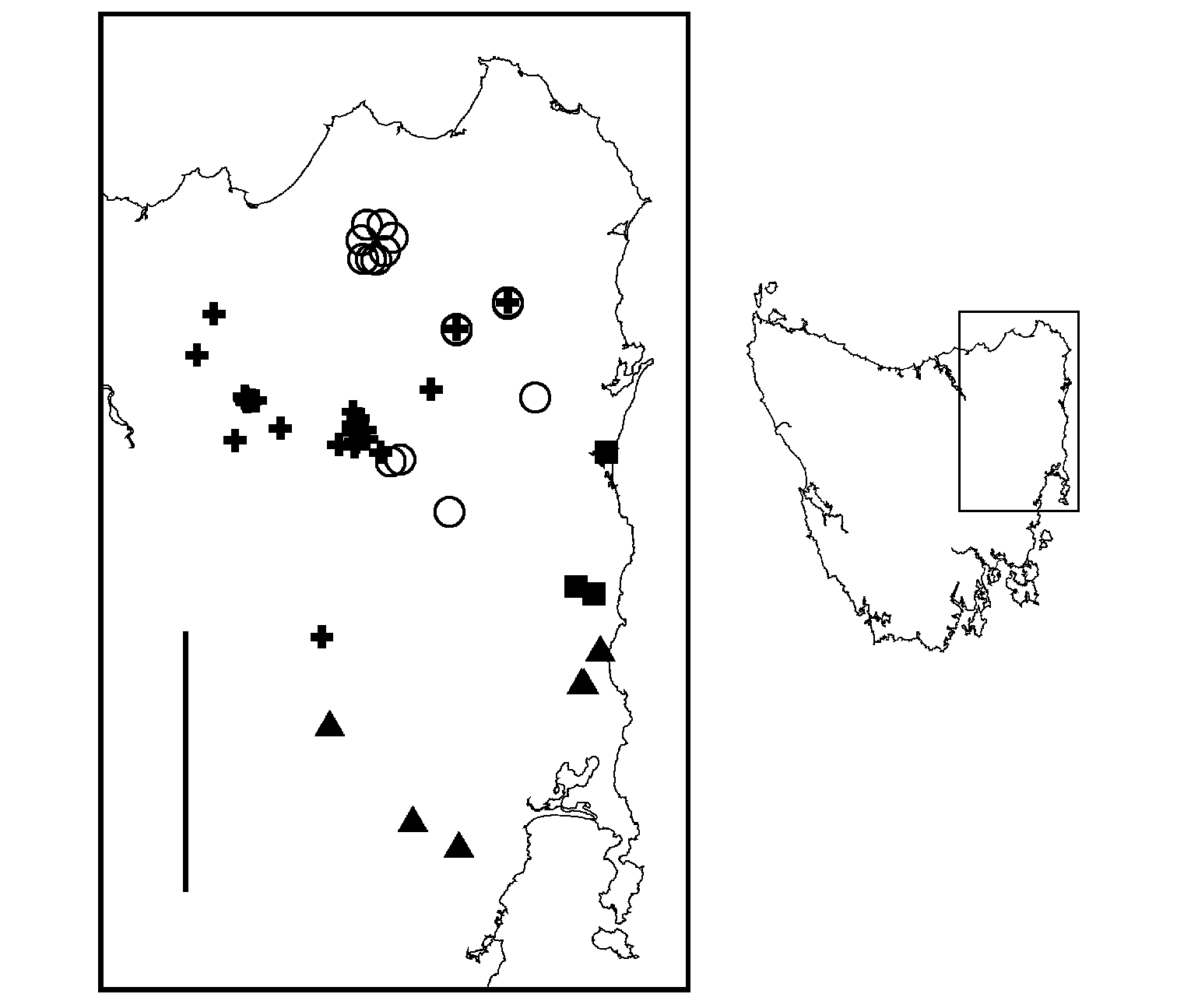