The type locality given by Randall (1840), the Hawaiian Is., is certainly erroneous as this large­size and common species has never again been recorded from the islands. The type specimen was most probably collected on the California coast. Pachygrapsus crassipes   was also listed as occurring in Chile by Rathbun (1918: 241) based on the fact that this is the type locality given for Grapsus eydouxi H. Milne Edwards (1853: 170)   . The type of G. eydouxi   has not been found at the MNHN. Garth (1957: 105) considered the type locality of Chile for G. eydouxi   to be erroneous, and thus he did not include P. crassipes   as part of the Chilean fauna.

Pachygrapsus crassipes   is common on the Pacific coasts of North and South America from Oregon to Mexico and the Galápagos Is. Stimpson (1907: 116) was the first to record it from the west Pacific, indicating that he was “unable to find a distinguishing character, however minute, between the specimens from Japan and those from California”. Pachygrapsus crassipes   was reported several times thereafter from the west Pacific, including Korea ( Rathbun, 1918), Japan ( Sakai, 1976), China (Dai & Yang, 1911), and Taiwan ( Ng et al., 2001). This amphi­Pacific distribution is rather unusual, the fauna of the east and west Pacific normally being distinct. The G1 of Asian P. crassipes   appears to have never been figured or compared with the American P. crassipes   . The examination of the G1 of Japanese specimens (NSMT Cr7516, Cr 6822) shows them to be very similar to the American P. crassipes   . Despite this, preliminary DNA analyses by C. Schubart (pers. comm.) indicate genetic differences between the Asian and American populations and, if these are confirmed by additional data (morphology, larval development, colour pattern), the two could be considered separate species. 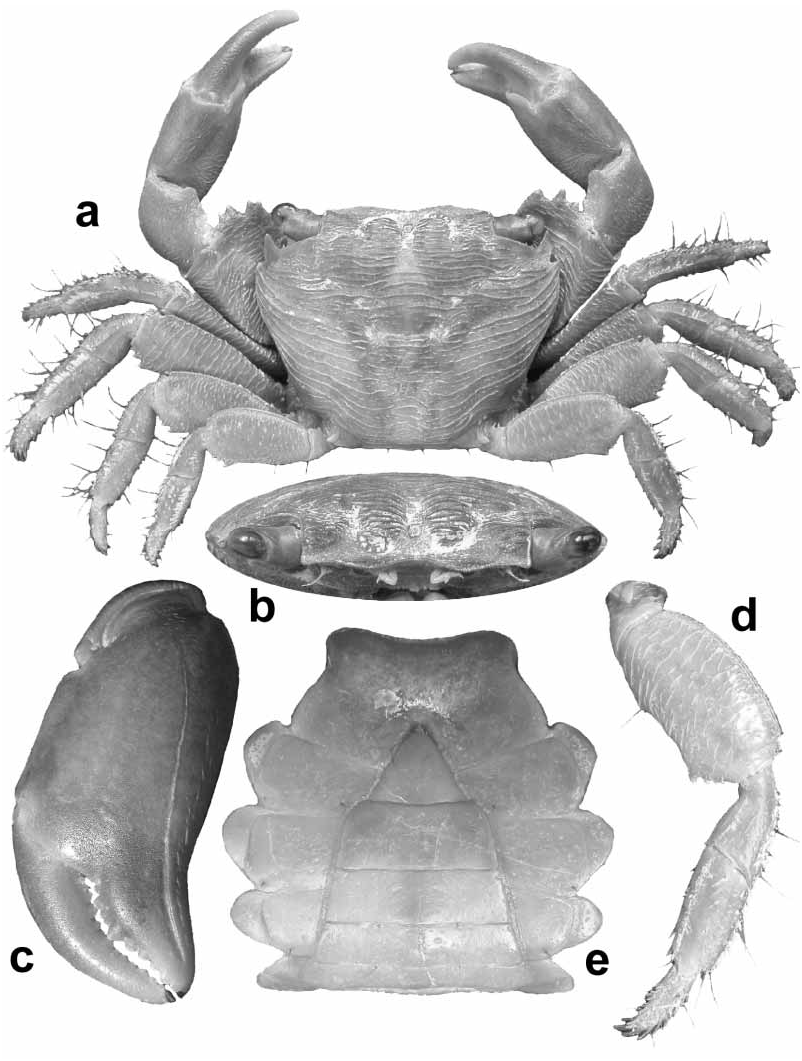 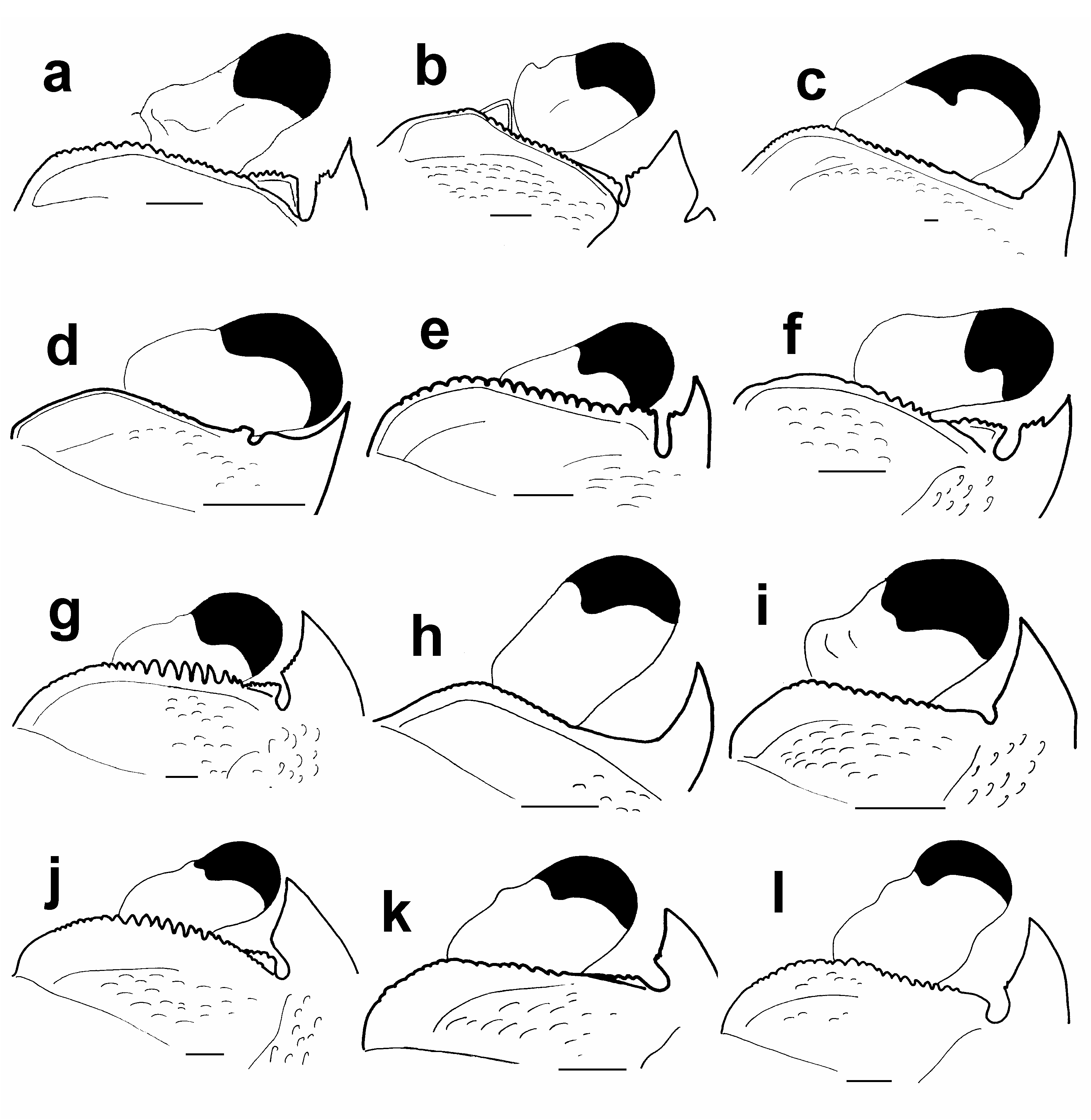 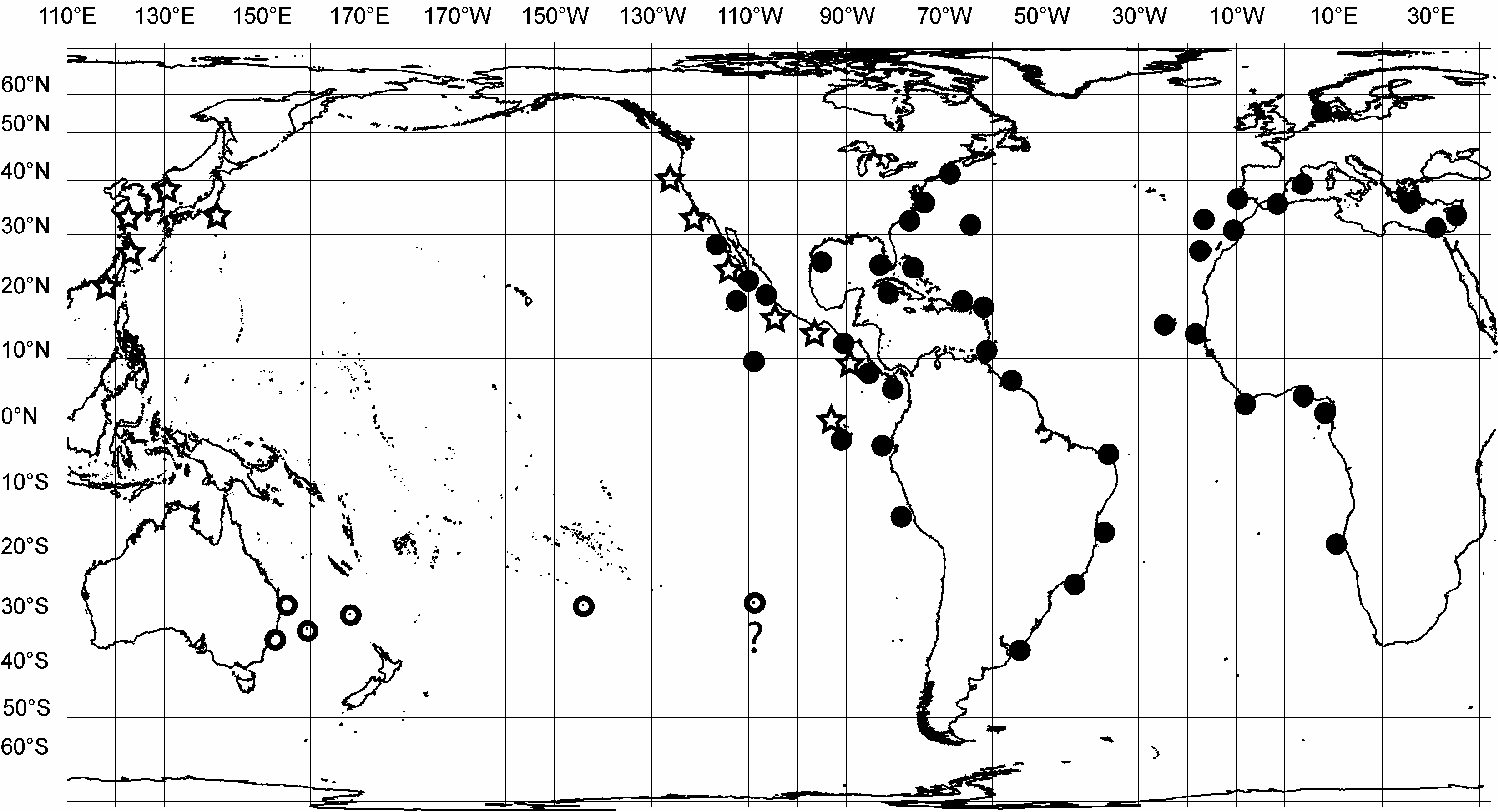 FIGURE 16. —Geographic distribution of: a) Pachygrapsus crassipes Randall, 1840 (Stars); b) Pachygrapsus transversus (Gibbes, 1850) (full dots); and c) P. laevimanus Stimpson, 1858 (empty dots). a–b, mostly from literature; c) from collections examined during this study. Occurrence of P. laevimanus at Easter I. uncertain (?) and must be confirmed by examination of G1 (see text).