Holotype and 28 paratypes, all from sample No 109: Ivohibory forest, Madagascar, moss sample from tree, coll. Marta Kepel and Andrzej Kepel.

Eggs oval, smooth and deposited in the exuvium as in all other known Milnesium   species.

The fourth points on secondary branches of posterior claws can be barely visible or not visible at all in some positions of the specimens.

This species is named after Patricia Chapple Wright, an American primatologist and conservationist, best known for her studies on lemurs. She contributed to the establishment of the Ranomafana National Park in Madagascar. She also organized and led the expedition to the Ivohibory forest, during which several new species of tardigrades were found, including this species.

The ranges of uncorrected genetic p-distances between the Mil. wrightae   sp. nov. and species of the genus Milnesium   , for which molecular marker sequences are available from GenBank (see Table 6 View Table for details), are as follows: 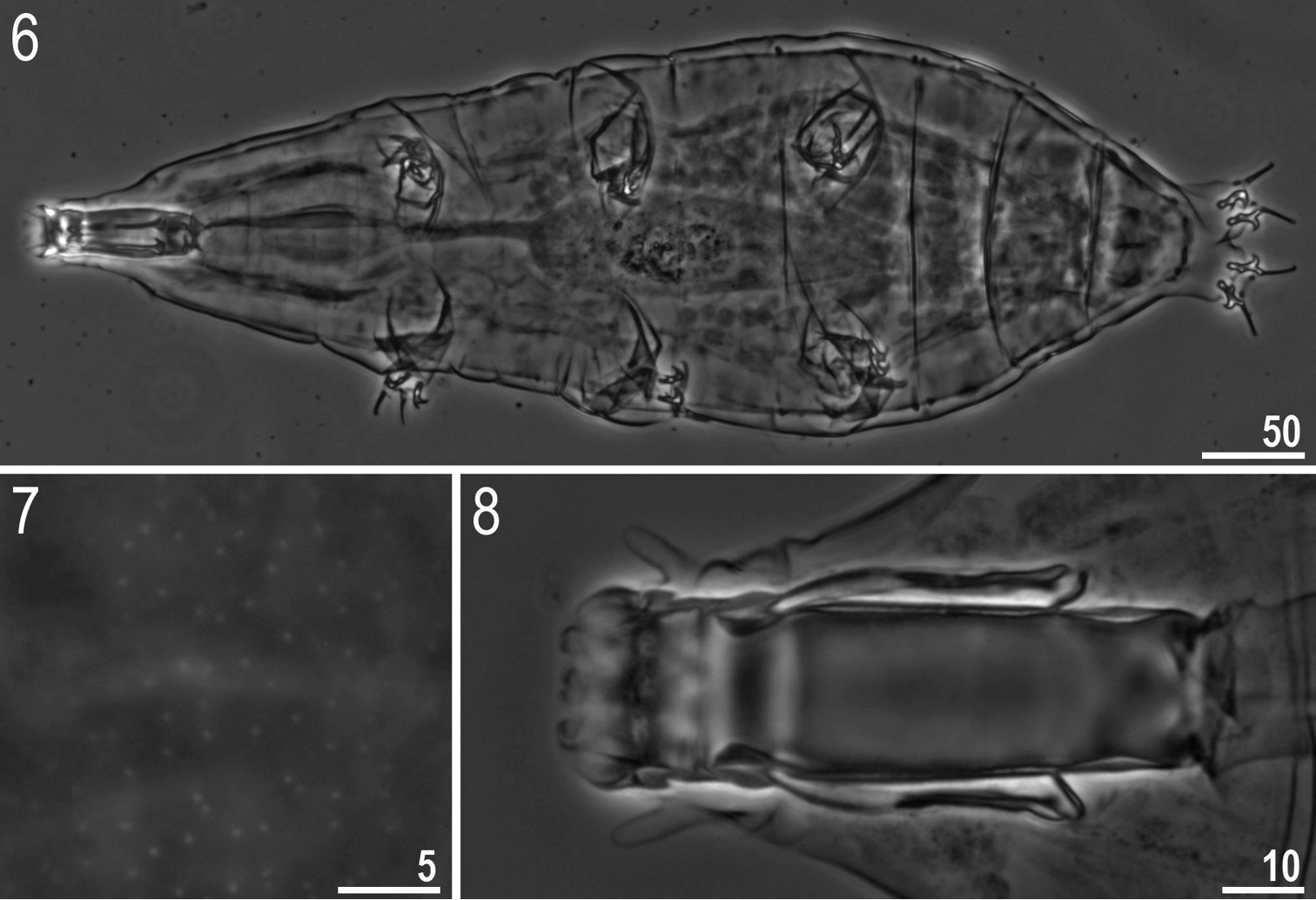