Etymology. This species is named after the eminent English ethologist, evolutionary biologist, and popularizer of Science, Richard Dawkins, for his contributions to the public understanding of evolution and his fight against irrational thinking.

Biology. Males land on vegetation 1–2 m above the ground in the páramo-high Andean forest ecotone. Males appear to establish mating territories in the early afternoon around 1330 hours on the sunny edges of paths or on ridge tops. The spatial separation and the distance from the ground of the perching places of this species show a clear segregation from the individuals of R. adunca   that fly on the same hilltops. Rhamma dawkinsi   prefers small isolated bushes (1–2 m high) where males stay for a few minutes before leaving for another bush in a combination of perching and patrolling behaviour, whereas R. adunca   males perch on leaves of small trees 4–5 m high. The immature stages, larval food plants, and adult nectar sources are unknown. Adults were captured in January and August.

Distribution. The species is known only from the type locality, Páramo de Belmira in the central mountain range of the Colombian Andes, at 3100 m elevation ( Fig. 15 View FIGURE 15 ).

Remarks. Differences in size, wing pattern, and behaviour, as well as sympatry with the absence of intermediate individuals between both phenotypes and molecular comparisons, combine to show that R. adunca   and R. dawkinsi   , sp. n., are closely related, but different species. Although associating the sexes of many Eumaeini   is difficult, Rhamma dawkinsi   has a restricted geographical range and the wing pattern is almost identical in both sexes.

FIGURE 14. Diagnostic fixed states and their position at the COI barcode sequence. A guanine in the position 453 of the mtDNA gen COI is diagnostic for Rhamma dawkinsi when compared with the 13 species present in Colombia. 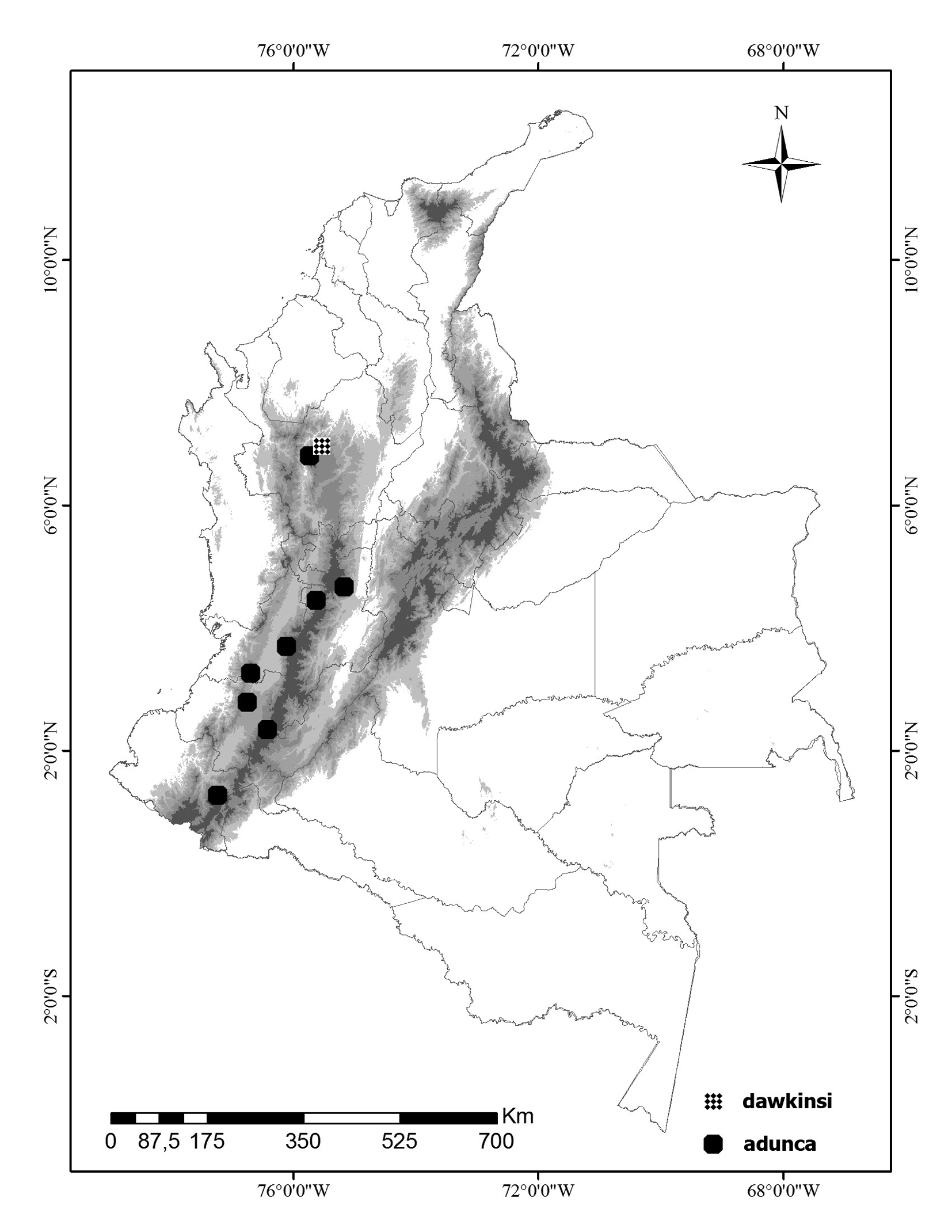 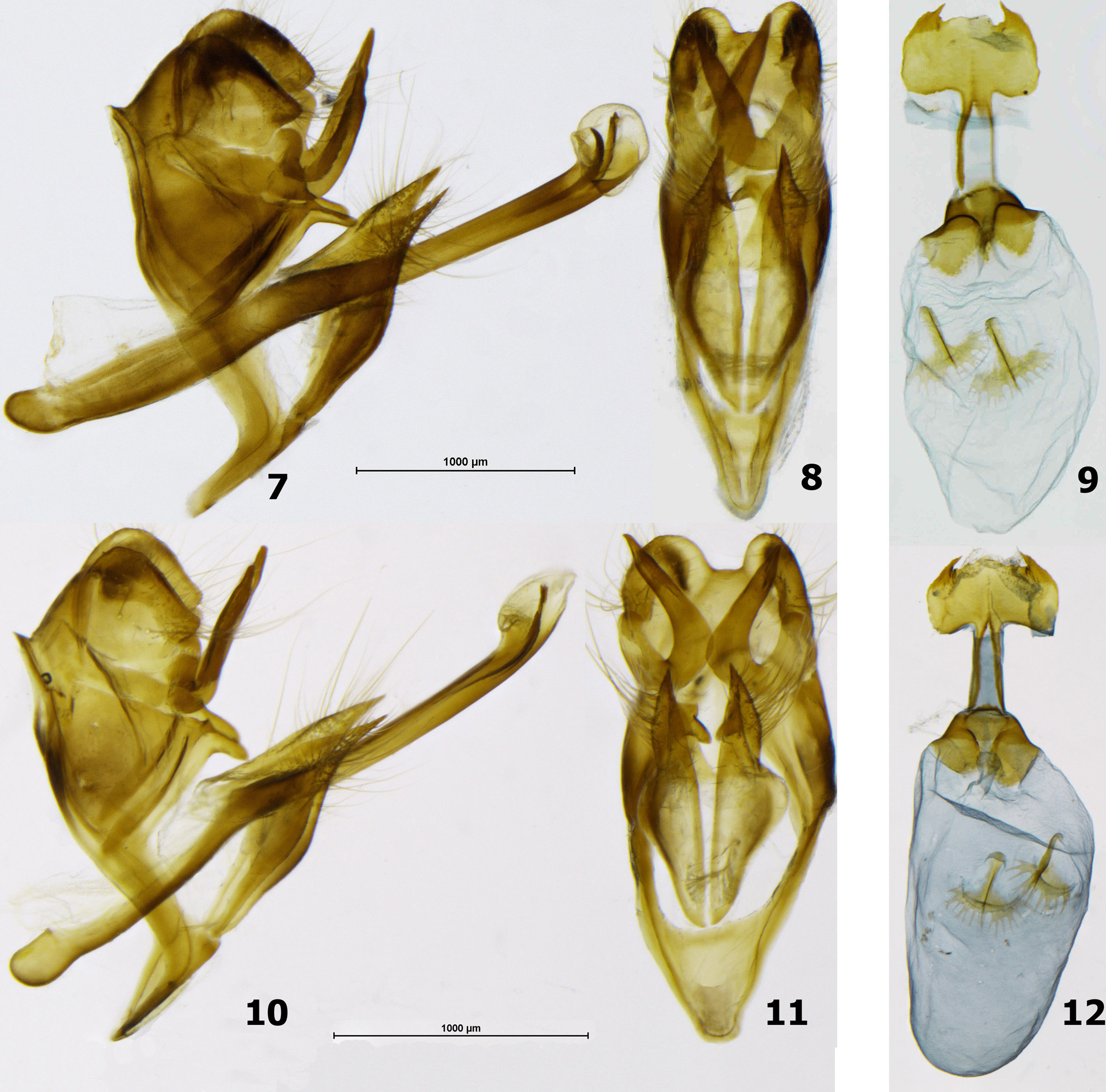