Aloe sanguinalis  differs from other species of Aloe  in its combination of sap that is initially yellow but quickly turns bright red, drying to dark red or brownish-red, strong clump-forming habit, red teeth and paniculate inflorescence of well-spaced glabrous, red flowers.

Plants with decumbent stems, rooting at the lower nodes, forming clumps 1 –10(– 40) m long in their longest direction; stems leafy, the terminal 50-100 cm vertical. Leaves 30-40 cm long, 5-8 cm wide at the base, lanceolate, evenly blue-green on both surfaces when young, becoming suffused with reddish colouration at the margins and the distal portion of their upper surfaces with age, crescent-shaped in cross-section when dry; margins with sharp red teeth 4-6 mm long spaced 1-3 cm apart near the base of the leaves, closer together towards the leaf tips; sap yellow when fresh, rapidly becoming bright red, drying to dark red or brownish-red, without a noticeable odour. Inflorescences paniculate, 70-120 cm long (including peduncle), 20-75 cm long (excluding peduncle), lower primary branches (15 –)23– 50 cm long, ascending to arcuate, often with 1(-2) secondary branches, flowers confined to the distal 1/2-3/4 of the branches, pedicellate and spirally arranged, not secund, distance between lowest flowers 5-11 mm; bracts subtending the pedicels 5-9 mm long, narrowly triangular; pedicels about 10 mm long, not elongating in fruit; perianths (including lobes) 20-25 mm long, red, glabrous; outer perianth lobes 10-15 mm long, slightly recurved distally, with narrow, hyaline, minutely erose margins; stamens 6, the anthers versatile, ca. 2 mm long, extending about 1 mm beyond the perianth at anthesis but the perianth extending 3-5 mm beyond the anthers as the style matures; ovary superior, with many ovules, stigma exserted 5-9 mm beyond the perianth at maturity. Capsules 15 –20(– 25 mm) long, 13-20 in diameter, ovoid, woody; seeds winged, 5-11 mm across (including the papery wing), triangular-pyramidal, outer surfaces ca. 1 mm across.

Aloe sanguinalis  caught Awale’s attention by the large size of its clumps but its most distinctive feature appears to be the colour of its sap (Fig. 2View Figure 2) which is yellow, quickly turning bright red, then drying dark red or brownish-red. The difficulty is that none of the descriptions in the "Flora of Somalia" refer to sap colour. Carter et al. (2011) mention sap features, usually colour, but for only 186 of the 517 species treated. In most species, the colour is described as some variant of yellow, but A. rabaiensis  Rendle has sap described as "yellow, drying red" and A. volkensii  , sap described as "yellow, drying dark reddish". Aloe rabaiensis  is a shrubby aloe which differs from A. sanguinalis  in having flowers in "sub-capitate to capitate" clusters ( Carter et al. 2011, p. 633). It extends from Tanzania to southern Somalia s.s. Aloe volkensii  Engl. is a tree aloe described as having densely flowered, "subcapitate to cylindrical-conical" flower clusters. It is known from south-eastern Kenya and north-eastern Tanzania ( Carter et al. 2011, p. 691).

There were 16 other species described as having sap that dries purplish or reddish-brown. Of them, none is known from Somaliland, but A. gillettii  S. Carter grows in Puntland, Somalia "on limestone with Juniperus  in open Commiphora  bushland" ( Lavranos 1995, p. 40), a different habitat from that of A. sanguinalis  . Aloe gillettii  also differs from A. sanguinalis  in having "dark grey-green leaves with very numerous white spots" and "white, cartilaginous teeth to 1 mm long" (loc. sic). The other species would also be ruled out by the description given.

There are other clump-forming species in Somaliland and Somalia but none, so far as we are aware, that forms such large clumps. Again, the difficulty is that existing descriptions merely refer to forming small or large clumps.

Aloe sanguinalis  is currently known from only two locations, the type locality near Alala Adka and a more northern locality at 9.9840N, 44.8195E near the village of Lafarug. Larajasse (1897, p. 25), a Catholic missionary based in Berbera from 1888-1903, stated that “da’ar” refers to bile or an "aloe about three feet high, red and orange varieties, broad spiked fleshy leaves, spreading out from the ground; is a favorite food of elephants." It seems probable, considering the species known from the area, that he was referring to A. sanguinalis  . Elephants have not been seen in Somaliland since 1958.

The two known locations of Aloe sanguinalis  are open plains with sandy soils in which, among other species, Salvadora persica  and Indigofera sparteola  grow. The Alala Adka location is treeless but there are scattered Vachellia tortilis  trees at the Lafarug site.

Flowering time in Aloe sanguinalis  is probably determined by the timing of the spring rains which fall between late March and early June. The optimum time for seed collection has not been determined, but it is likely to be July to September.

The epithet is derived from sanguineus, Latin for blood, and refers to the colour of the sap which distinguishes it from all other species in the region. 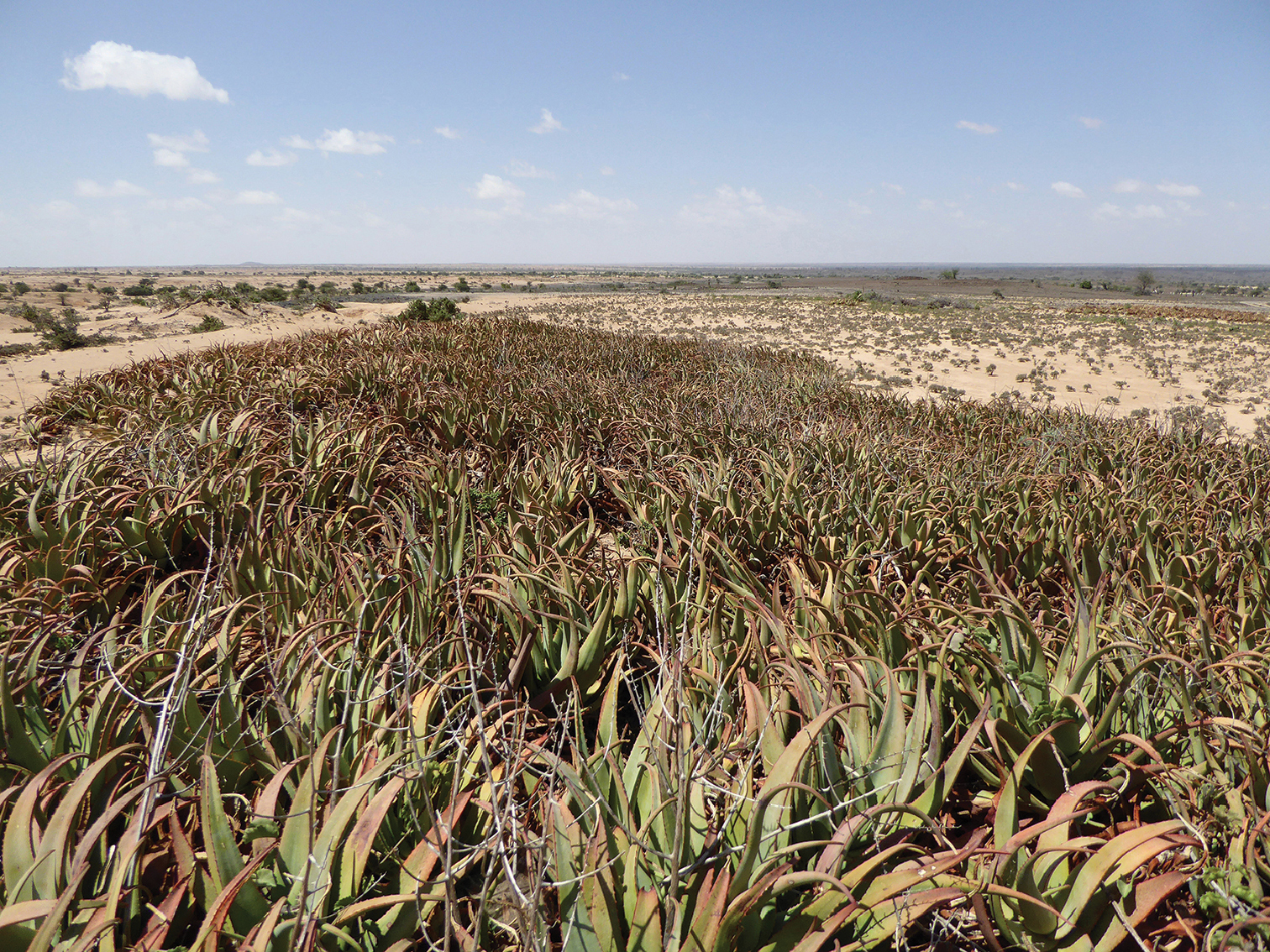 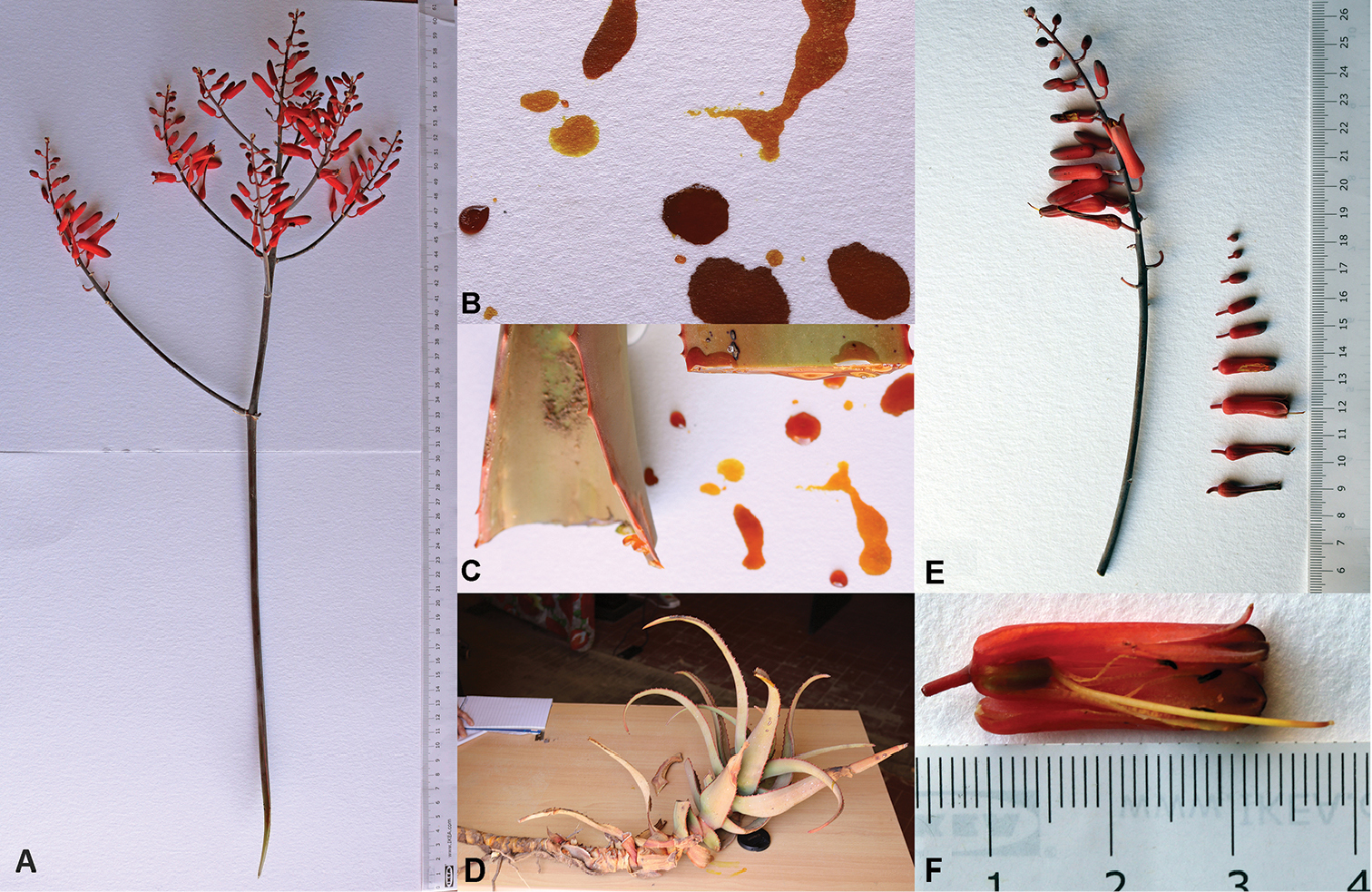 Figure 2. Aloe sanguinalis from Alala Adka, June 2017. A Whole inflorescence, including peduncle B Sap, showing color after 10 - 15 minutes C Leaves freshly cut near their base showing color of sap when fresh D Decumbent offset, showing roots from some nodes E Inflorescence branch and flowers from another branch, arranged from top to bottom of the branch F Flower after maturation of style. 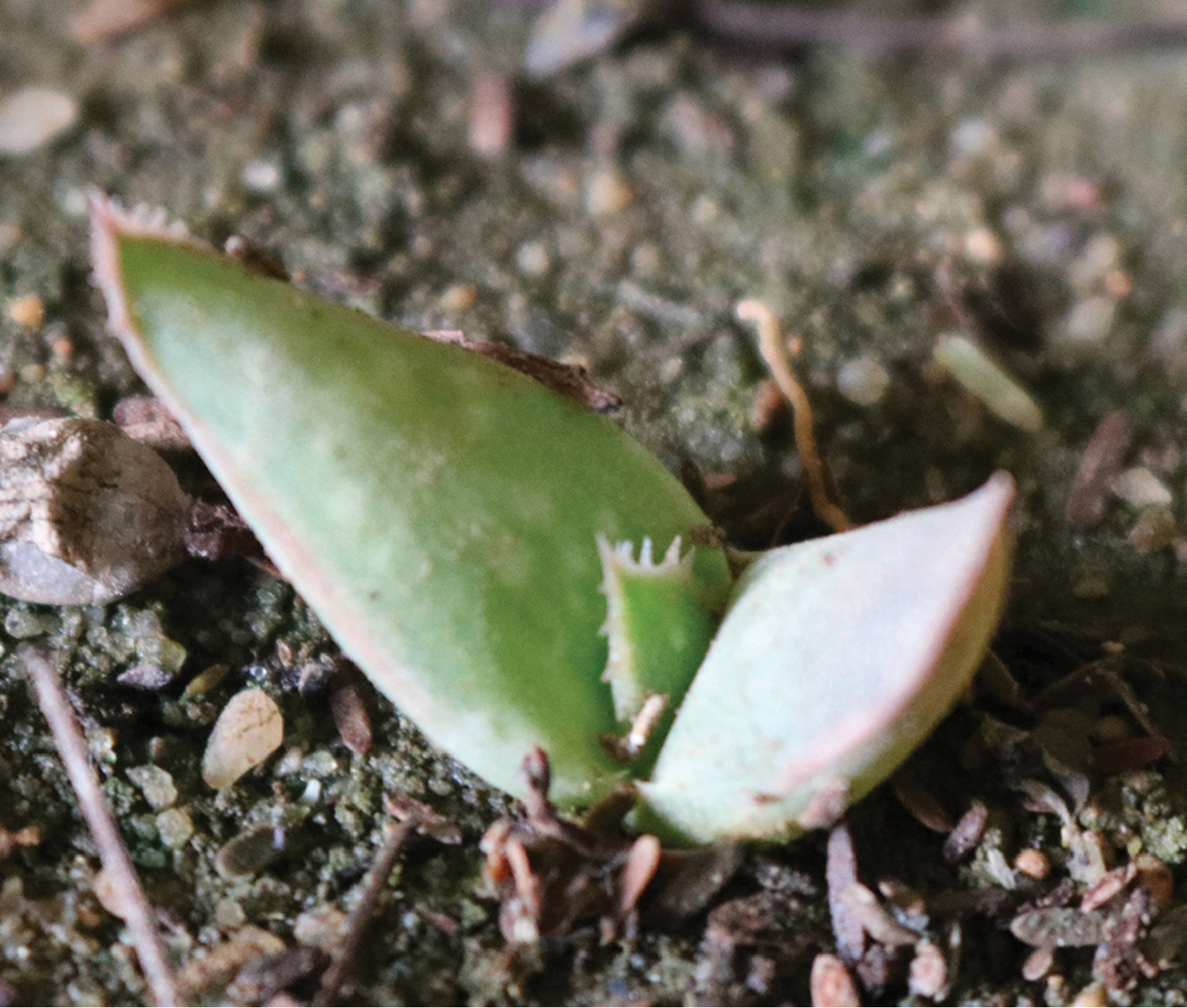 Figure 4. Seedling of Aloe sanguinalis, grown from seeds collected at Lafarug in August 2018.