Distribution and Ecology: — Sabicea bullata  is endemic to the western Cameroon highlands (Rumpi Hills and Bakossi Mountains) ( Fig. 2). It occurs in submontane forest, 1000–1417 m a.s.l. The species is relatively light demanding, occurring mostly in edges and treefall gaps, and avoiding dark undergrowth. It is locally very abundant and can cover the ground on forest paths. It is generally encountered as a sterile creeper; only the twining stems bear flowers, which explains the rarity of collections.

Notes:—The species was already recognized as new (as Sabicea sp. A  ) by Cheek et al. (2004). This is a rather isolated species, with no obvious close relatives. The leaves of Sabicea bullata  , which are cordate at base and strongly bullate in life (hence the specific name), make the species easily recognizable even when sterile. The leaves of Sabicea leucocarpa (K.Krause) Mildbraed  ( Krause 1917: 357; Mildbraed 1922: 91) are also cordate at the base, but not bullate; the species further differs from Sabicea bullata  in pedunculate and involucrate inflorescences, white fruits, and lowland habitat. Although only one flowering collection is known, the species is presumably heterostylous, as usual in the genus.

Conservation status:—The species is known from four collections only, all from western Cameroon. The thresholds for Endangered under Criterion B are met for Extent of Occurrence (123.89 km 2) and Area of Occupancy (12 km 2, grid cell size 2 km). It is difficult, however, to define a clear threat for the species at present. Although there are clear signs of forest degradation in both the Bakossi Mountains and the Rumpi Hills, it is not obvious at present how this will influence the survival of Sabicea bullata  . Indeed, most Sabicea species  , including this one, survive well in degraded forests. Therefore the species is for now considered as Least Concern. 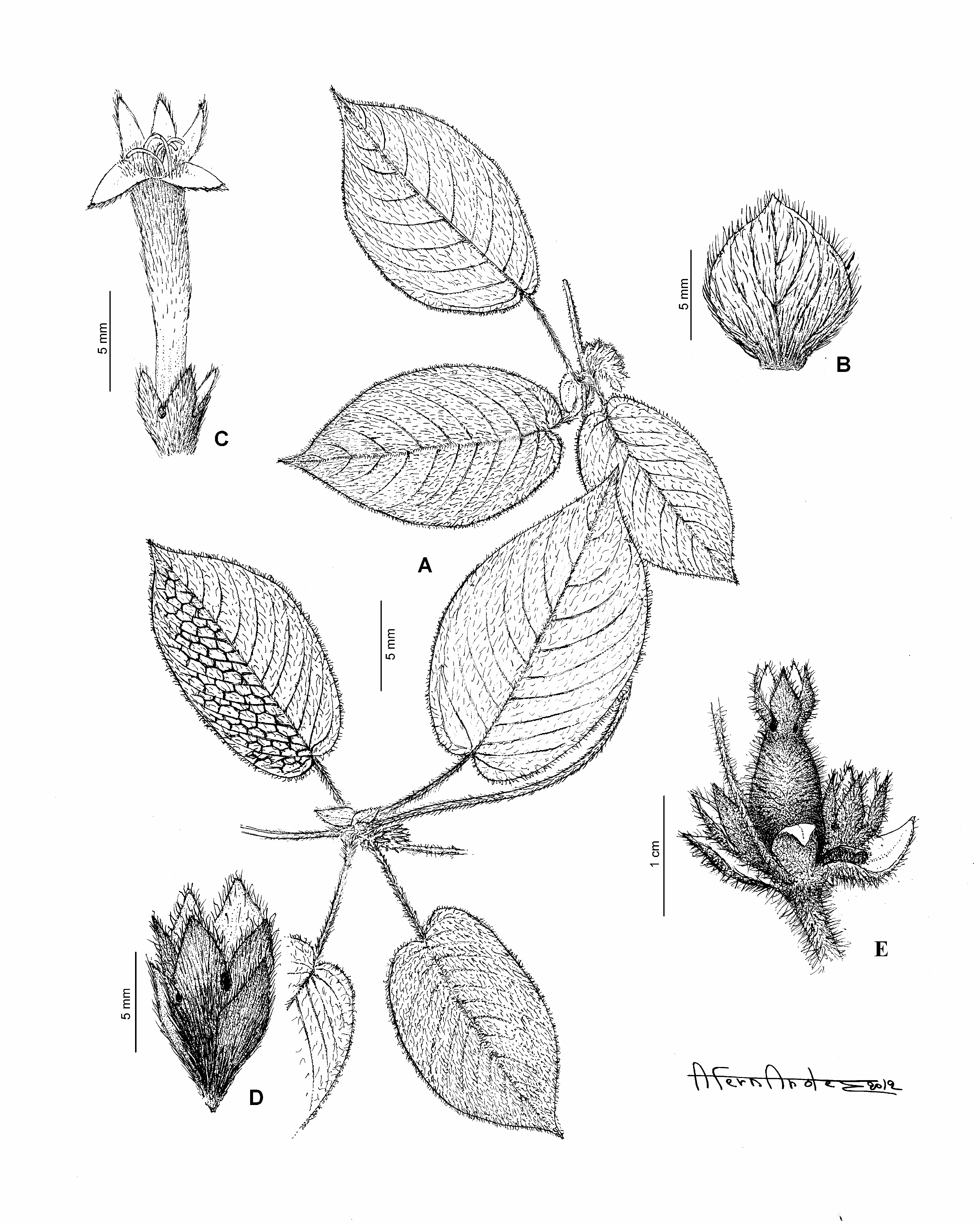