Discussion. The male genitalia of this species are very similar to those of two previously described species: D. thomsenae Wirth 1952 , from California and New Mexico, USA ( Wirth 1952), from Maryland and Virginia (Borkent & Grogan 2009), and more recently collected specimens from Florida, Kentucky and Mississippi (WLG; personal observations); and, D. auli Remm (1962) , which was originally described from Estonia, but is also known from Poland and Romania ( Dominiak 2012). WLG borrowed two California males of D. thomsenae from the USNM that are virtually identical to three males mentioned above from Florida, Kentucky and Mississippi. He also compared these five USA males with color photographs of male D. auli sent to us by Patrycja Dominiak of the holotype from Estonia, and 2 other males from Poland and Romania . We consider males of both species to be identical, and therefore, it is likely that D. auli is a junior synonym of D. thomsenae , a possibility that will be addressed by a study in progress by Grogan & Dominiak. Most males of D. thomsenae and D. auli differ from this Guadeloupe male by their shorter gonostylus with a bulbous distal portion, a wing with a shorter costa (costal ratio 0.38–0.40) and a better developed anal lobe. However, one male of D. thomsenae from California has a long slender gonostylus with a slender apex. Because we have not examined the holotype male of D. thomsenae , we can't be certain that the gonostylus of this Guadeloupe male is actually different than in that species. Therefore, we prefer to not propose a name for this Guadeloupe male .

The male of this Guadeloupe specimen is also somewhat similar to males of the Patagonian D. monticola Ingram & Macfie (1931) and the Neotropical D. suarezi Spinelli & Ronderos (1987) , which also have J-shaped parameres and a fork of CuA1 located distad to the level of the second radial cell. However, the aedeagus of D. monticola differs from this new species by its posterolateral arms that bear an outer triangular process and a shorter, more slender triangular posteromedian projection ( Díaz et al. 2014). Males of D. suarezi differ from this new species by their much broader, deeply bifid apicolateral processes and their aedeagus with a longer posteromedian projection with a spatula-shaped apex ( Spinelli & Ronderos 1987). 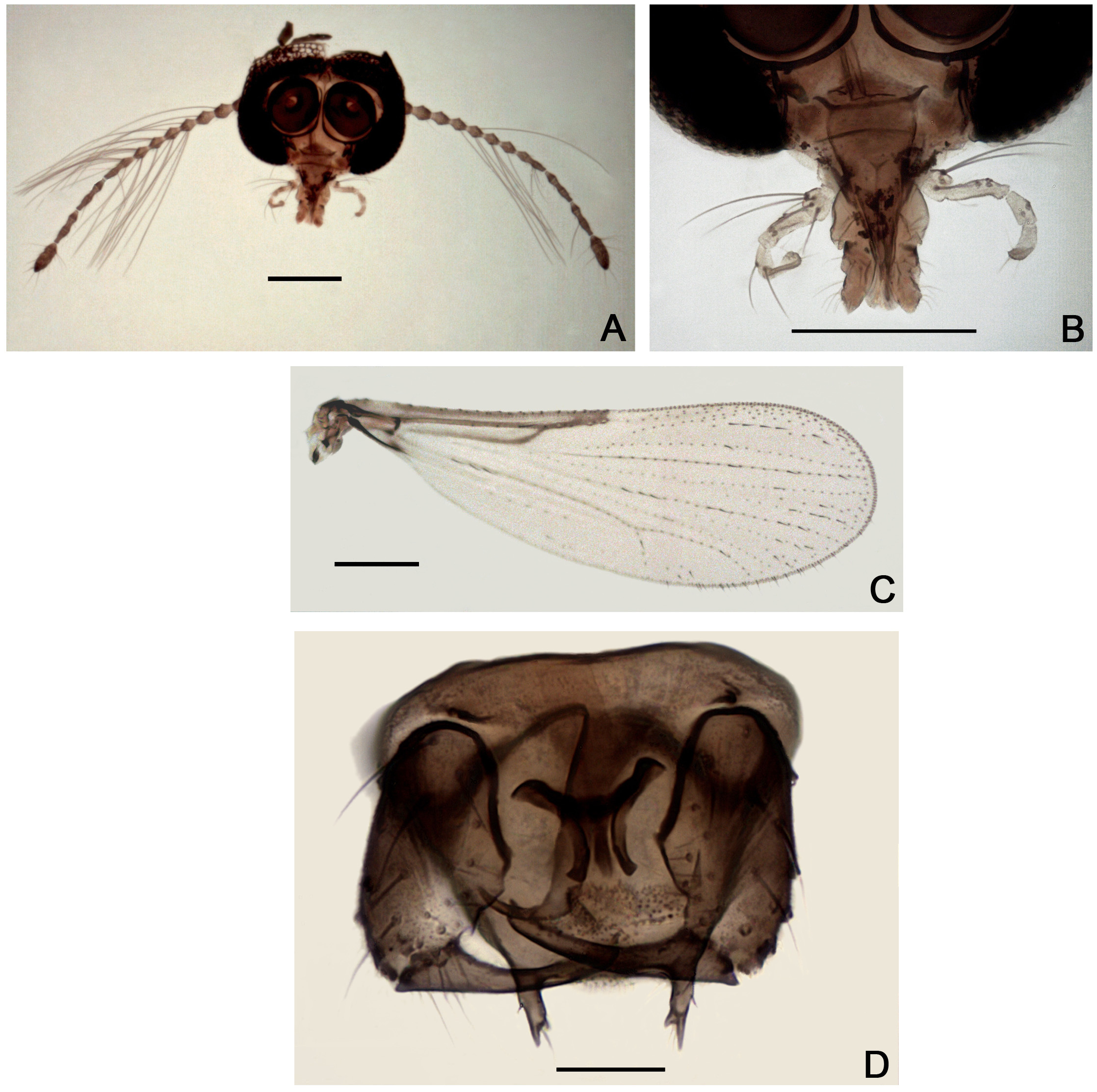 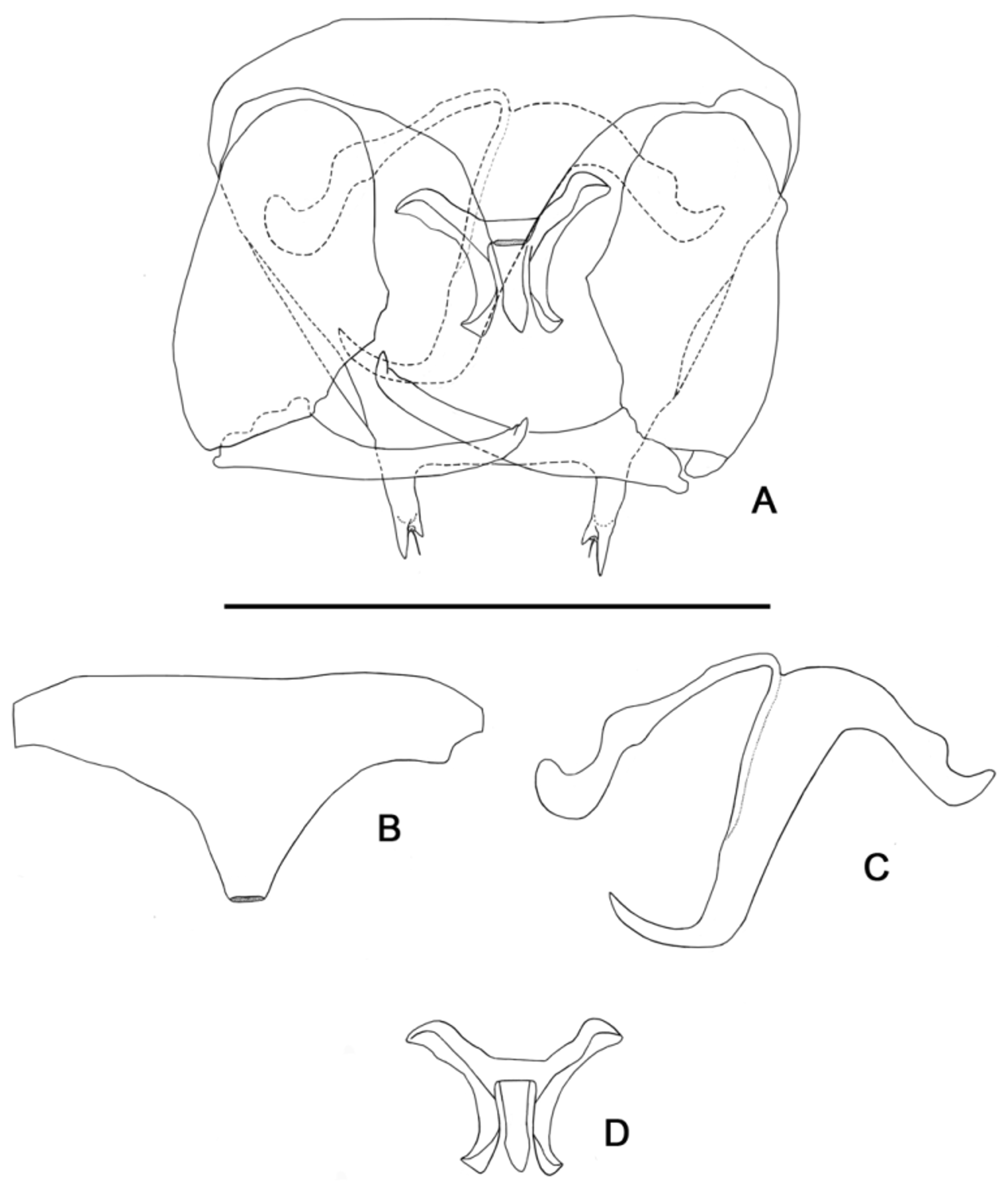