Diagnosis. The female of Z. zekharya   described here is characterized by an epigynal plate wider than long, its anterior margin of equal width and its lateral margins being curved, as well as by long and curved median copulatory ducts. From its closest morphological relative, Z. tenuis (L. Koch, 1866)   , it differs by the continuous anterior margin, in Z. tenuis   being divided (see Senglet, 2011, p. 523, Figs 45̄49).

Comments. The female described here belongs to the tenuis   group as defined by Senglet (2011). Following the key proposed by the same author, it closely resembles Z. tenuis (L. Koch, 1866)   but it is different from it (see diagnosis). On the other hand, Z. zekharya   was described by Levy (2009) on the basis of male specimens only. The shape of the palpal embolar base and the embolus ( Levy, 2009, p. 30, Fig. 63) indicate this species clearly belongs to the tenuis   -group as well. Because both Z. zekharya   and the female here examined belong to the same species group and also due to the biogeographical affinity between Cyprus and Israel, the region from which Z. zekharya   was described, we believe that this female is the matching sex of Z. zekharya   . 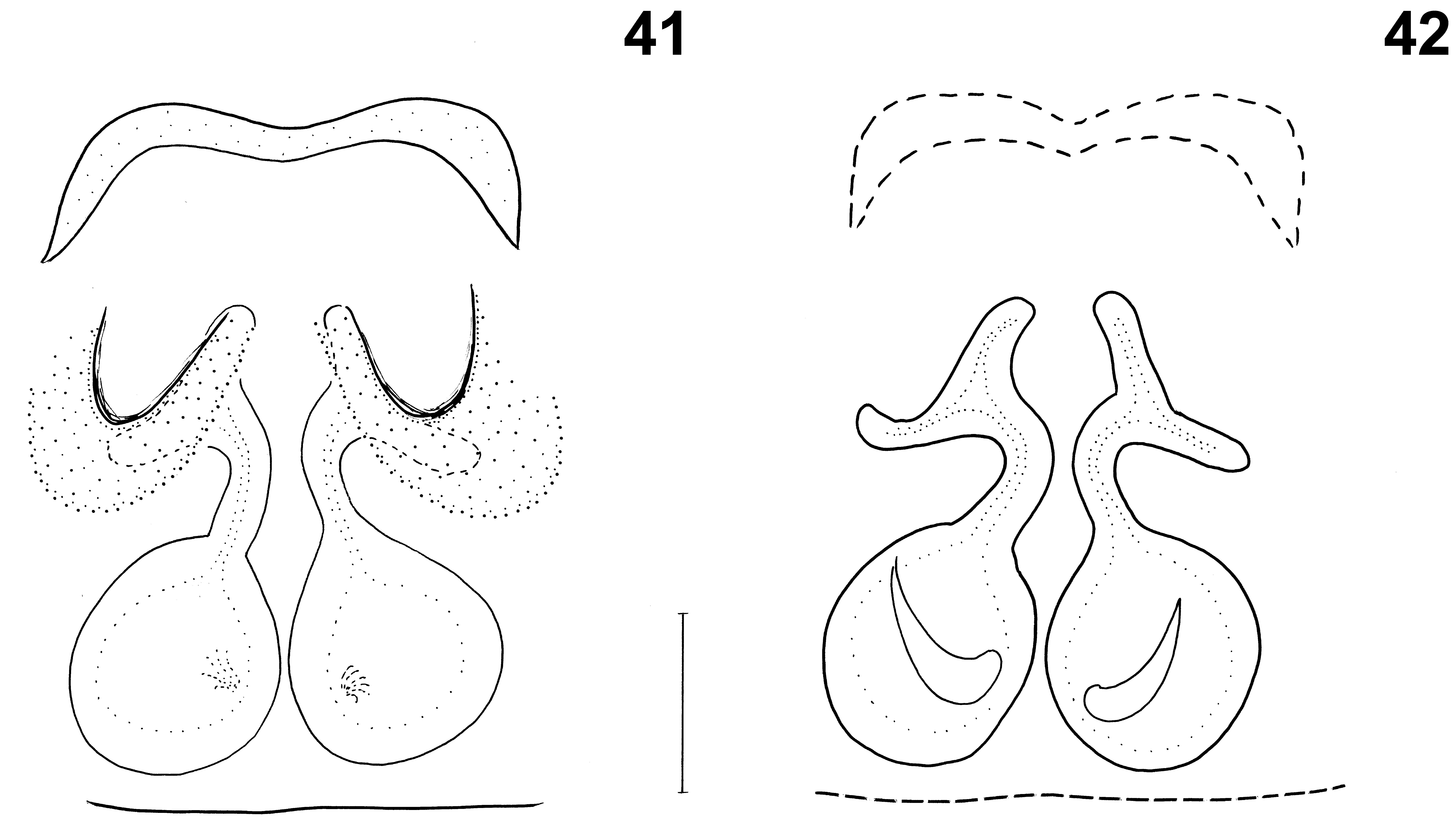