Diagnosis. Wingspan 15.0 mm. The forewing color pattern of the species is similar to that of T. arcifera (Meyrick, 1907)   and T. nabiella Park, 2006   , but the male genitalia are quite different by having broad valva produced as a triangle apically. It is also superficially similar to the new species, Antiochtha hemitatos Park   , sp. nov., but it can be distinguished by the male genitalia. 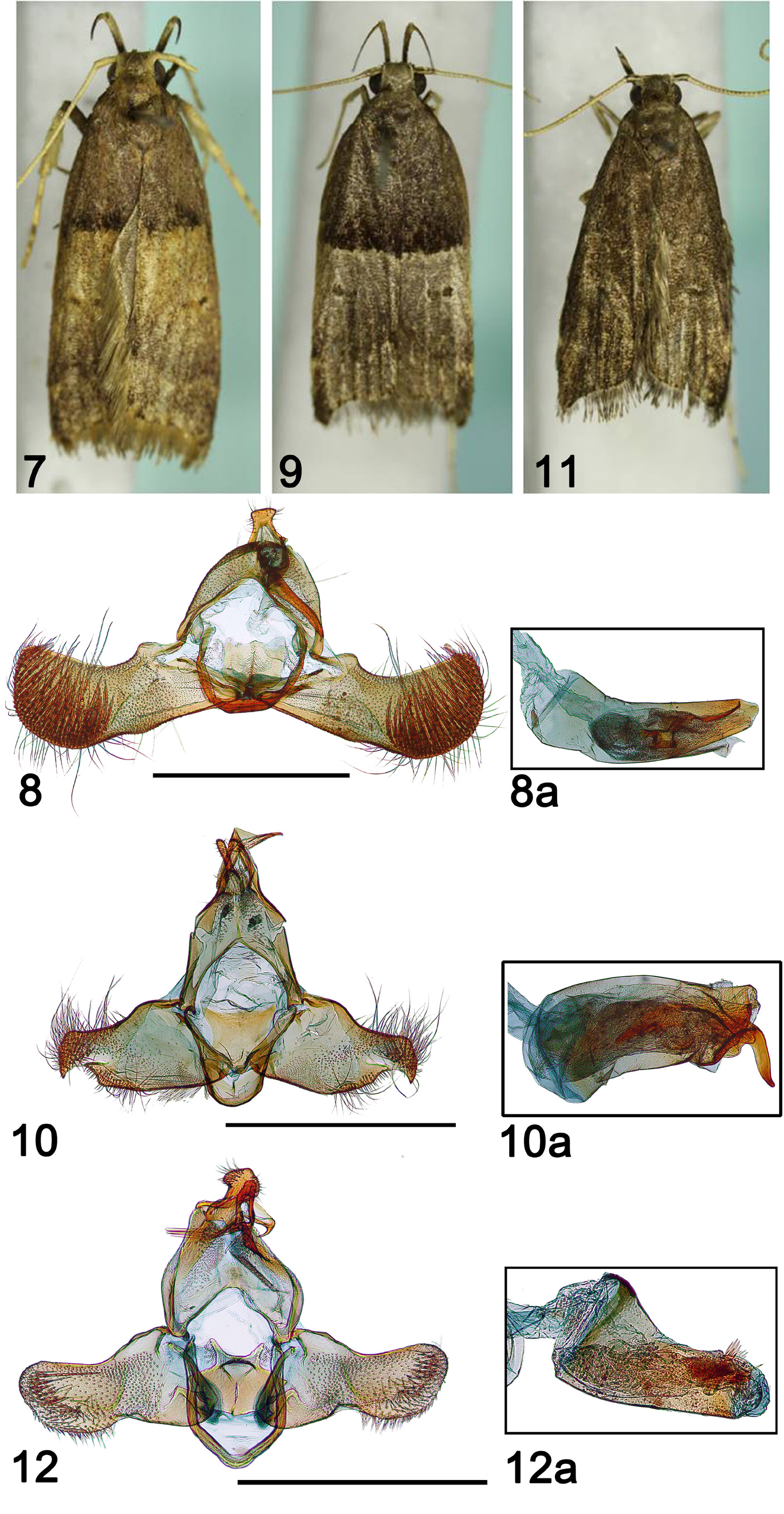