(extended on the basis of Versluys 1902; Kükenthal 1919; Mosher and Watling 2009). In adults, main stem monopodial with a few large branches occurring on the distal end. Branching angle between these large branches usually obtuse. In each large branch, strong branchlets subdivided dichotomously and forming a sympodium pattern. In juveniles, main stem monopodial and gracile with branches producing on the lateral of the trunk randomly and subdivided dichotomously in multiple planes. Polyps conical or cylindrical, absent on the stem of adults but present in juveniles. Sclerites elongated and often crossed, arranged densely in polyps and relatively sparsely in coenenchyme. Rods longitudinally arranged in tentacles, covered with sparse fine warts. Rods longitudinally arranged on upper part of polyp body, and scales partially crosswise or transversely arranged on bottom, with nearly smooth surface. Scales transversely arranged in coenenchyme, usually with rounded ends and occasionally irregular edges. Nematozooids absent.

Metallogorgia melanotrichos   (Wright & Studer, 1889) is characterized by its completely monopodial stem, with the branches in adults occurring on the distal end, and scales in both body wall and coenenchyme (Table 3 View Table 3 ). Furthermore, M. melanotrichos   has a much more extensive distribution than its congeners, while other species have a relatively limited distribution. Our specimens match well with the original description in the sclerites, but possess a relatively larger polyp (most 2 mm, up to 4 mm vs. 1.75 mm), and longer scales in coenenchyme (up to 379 μm vs. 225 μm) ( Kükenthal 1919, Table 2 View Table 2 ). The branches of the specimen MBM286486 on one side is irregular and tend to form a fake spiral with branches subdivided dichotomously in multiple planes, while it is regular and forms a planar layer that nearly perpendicular to the trunk in the specimen MBM286485. 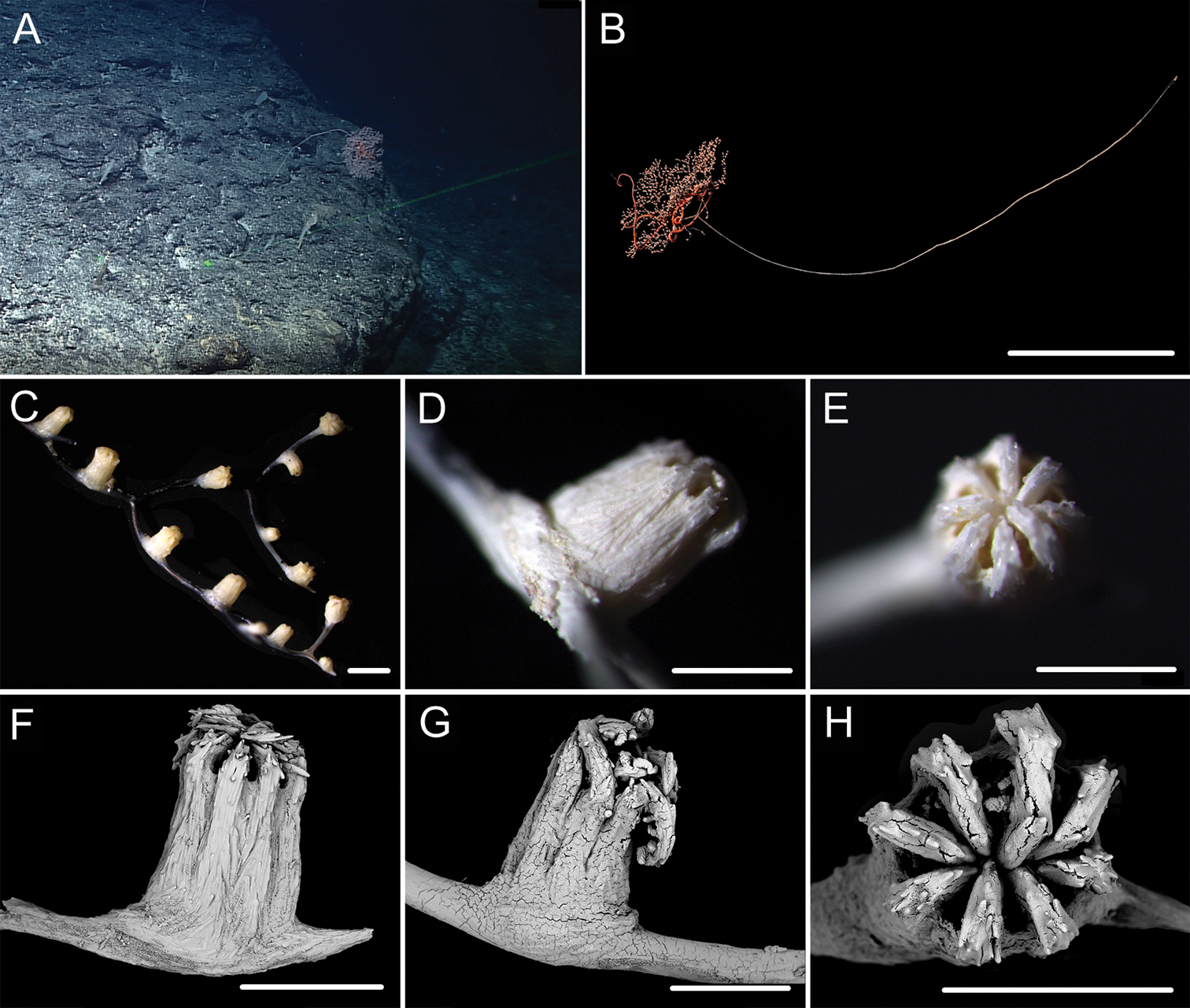 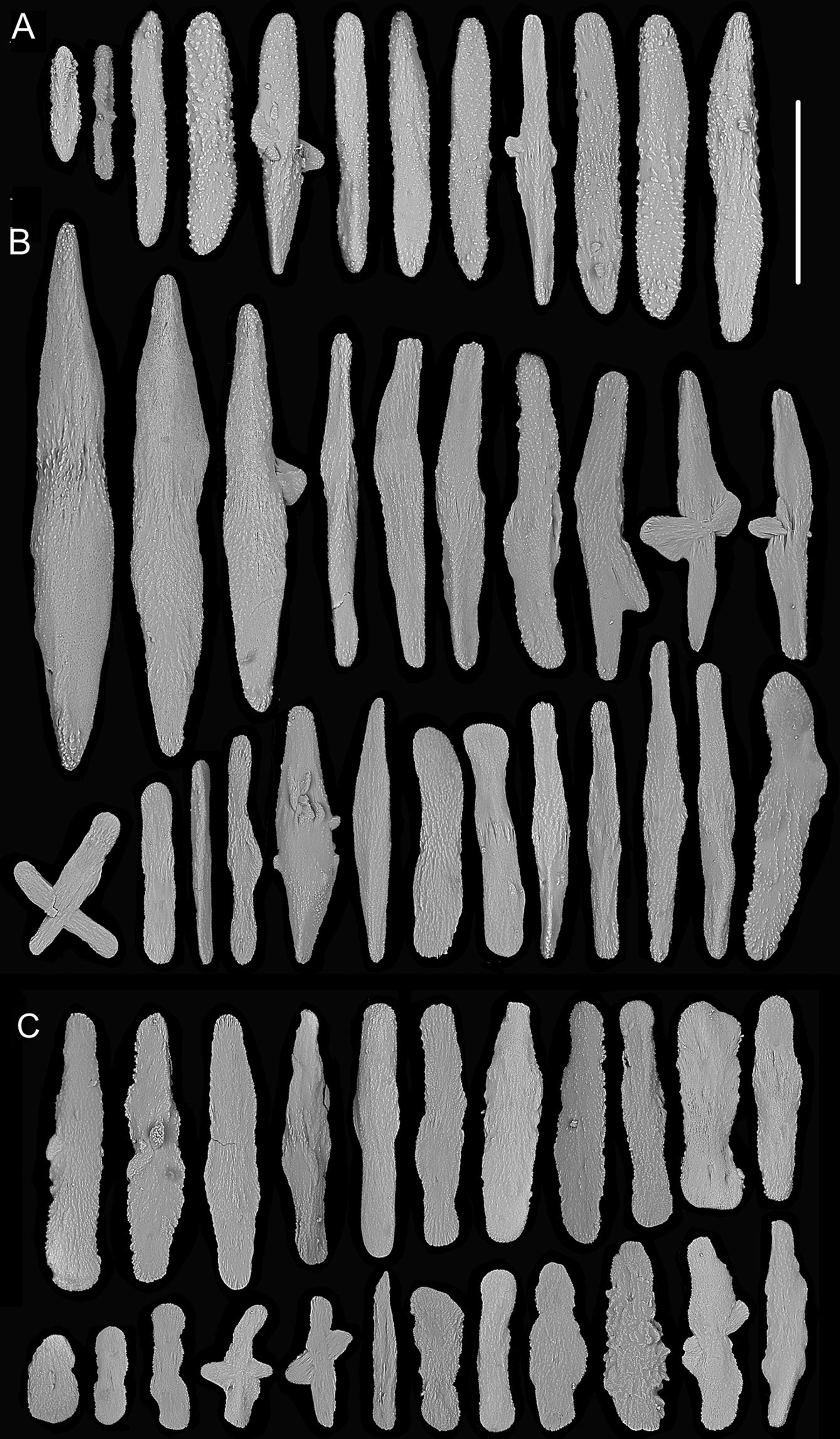 Figure 8. Sclerites of Metallogorgia melanotrichos MBM 286485 A rods in tentacles B rods and scales in the polyp-body wall C scales in coenenchyme. Scale bar: 200 μm (all images at the same scale). 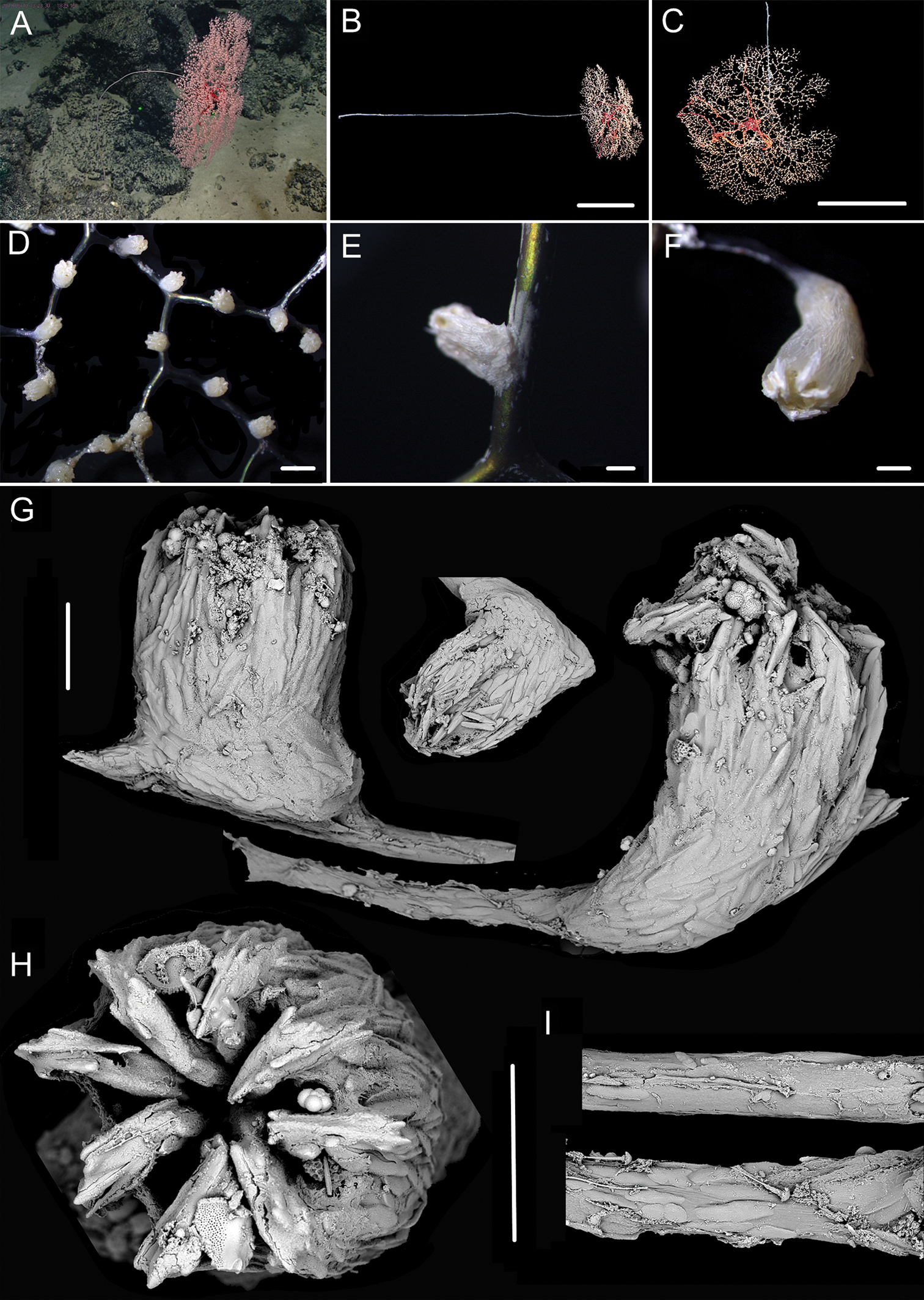 Figure 9. External morphology and polyps of Metallogorgia melanotrichos MBM 286486 A the colony in situ. Laser dots spaced at 33 cm used for scale B, C the colony after collection D a branch under a light microscope E, F a single polyp under a light microscope G three polyps under SEM H head of one polyp under SEM I coenenchyme under SEM. Scale bars: 10 cm (B, C), 2 mm (D) and 500 μm (E-I; H, I at the same scale). 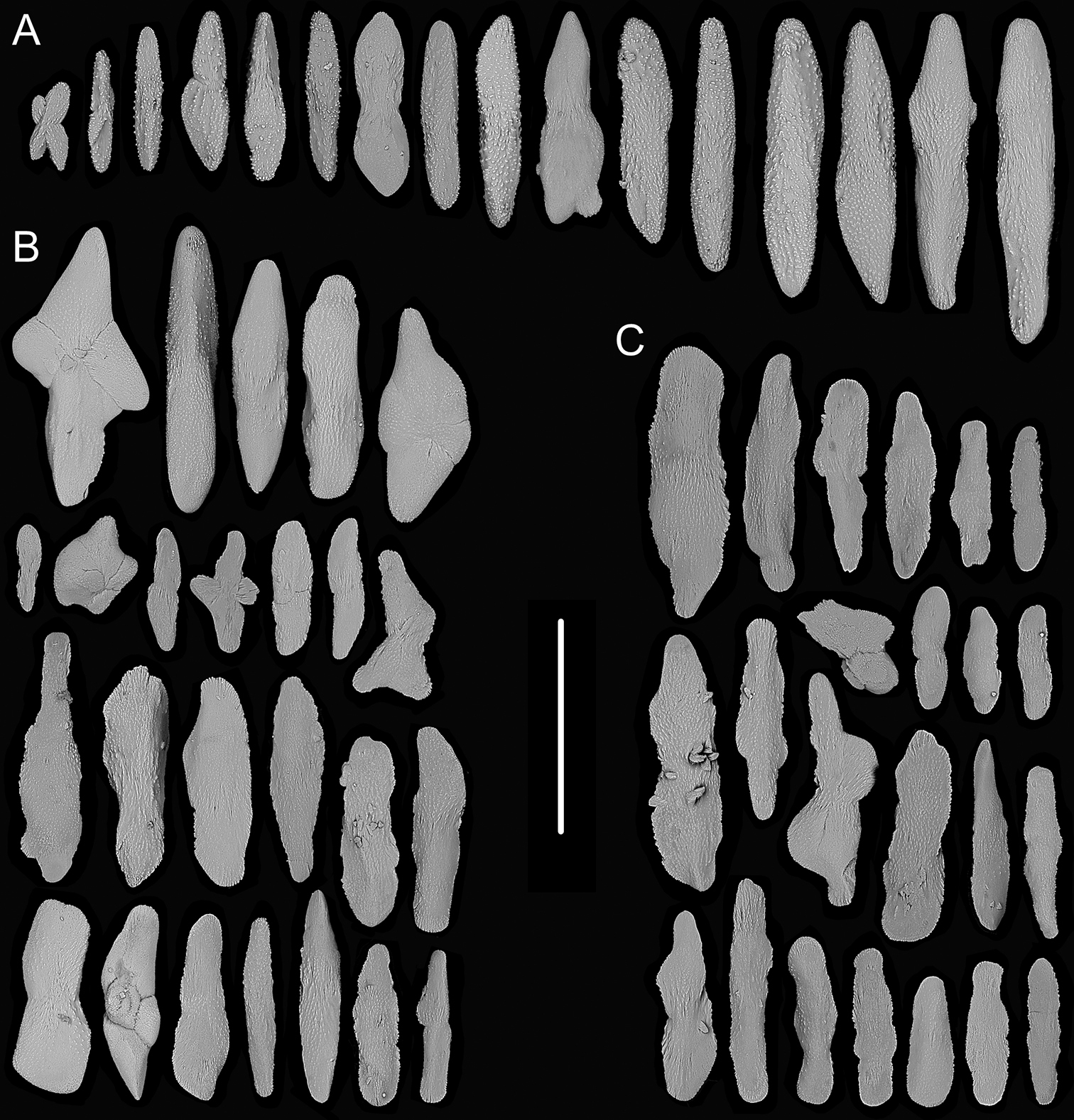 Figure 10. Sclerites of Metallogorgia melanotrichos MBM 286486 A rods in tentacles B rods and scales in the polyp-body wall C scales in coenenchyme. Scale bar: 300 μm (all images at the same scale).