Klarobelia rocioae   is distinct from congeneric species by the combination of comparatively large leaves and large monocarps, and flowers that are hairy on the outer side.

Peru, only known from a small area in the department of Pasco, districts of Palcazú and Villa Rica (Fig. 3 View Figure 3 ).

In primary forest. At elevations of ca 500-1400 m. Flowering: October and November; fruiting: between February and August (mature fruits collected in July and August).

Klarobelia rocioae   is easy to recognise through its combination of large leaves, hairy flowers, and relatively large and ellipsoid monocarps. Of the Amazonian species of Klarobelia   Chatrou, K. napoensis   Chatrou has comparably large leaves, but differs in the flowers that are glabrous on the outer side, and in the globose monocarps. K. pandoensis   Chatrou and K. pumila   Chatrou are two other Amazonian species that share a small habit with K. rocioae   ( Chatrou 1998; Chatrou and Pirie 2003). With K. rocioae   they share outer petals that are hairy on the outer side, giving the flowers a brown appearance rather than glabrous flowers in other species of Klarobelia   that appear black when dried. K. pumila   Chatrou, can easily be distinguished from K. rocioae   by the smaller leaves (12-16 by 4-6 cm vs. 17-35 by 6.5-11.5 cm in K. rocioae   ) and smaller monocarps (9-15 by 6-8 mm vs. 20-27 by 10-12 mm). K. pandoensis   Chatrou can be distinguished from K. rocioae   by the smaller leaves (8.5-12.5 by 3-4.5 cm) and smaller monocarps (15-18 by 6-10 mm) too. Additionally, K. pandoensis   can easily be distinguished from the two other short stature species by the dense indument on petioles, young twigs and inflorescences axes (glabrous to sparsely hairy in K. rocioae   and K. pumila   ). The three species have non-overlapping areas of distribution in the Amazonian lowlands and Andean foothills of central and southern Peru and northern Bolivia. Next to K. napoensis   and K. peruviana   (R.E.Fr.) Chatrou, K. rocioae   is a third species within the genus reaching altitudes above 1000 m.

The longitudinal axis of the monocarps often makes an angle with the stipes that can be as large as 90°. The angle, however, is variable. As it is present in several specimens we do not consider it to be an artefact of pressing and drying.

This new species is named in honour of Rocío del Pilar Rojas Gonzales, curator of Herbario Selva Central Oxapampa (HOXA), who collected all but one specimen of this new species.

EN B2ab(iii). EOO (56.695 km2) was too large to classify as threatened, but AOO (16 km2) would classify as Endangered. This species is estimated to have 3 locations. All of these lie in heavily deforested areas and deforestation is therefore a major threat to this species. Also, its habitat quality is expected to decline in the near future. No information is available on the current population size and population trend of this species. We assessed this species as Endangered, based on the above information. 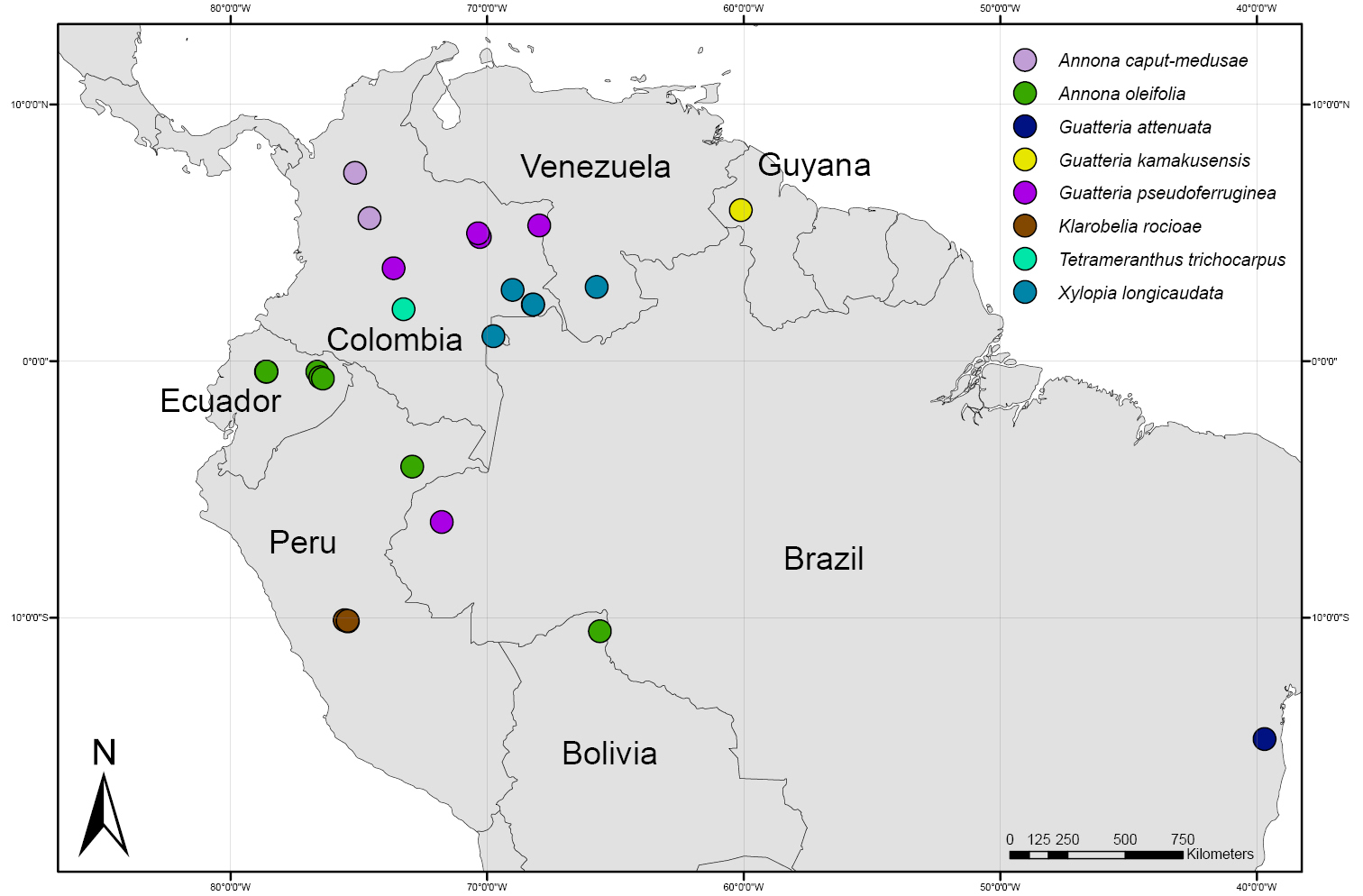 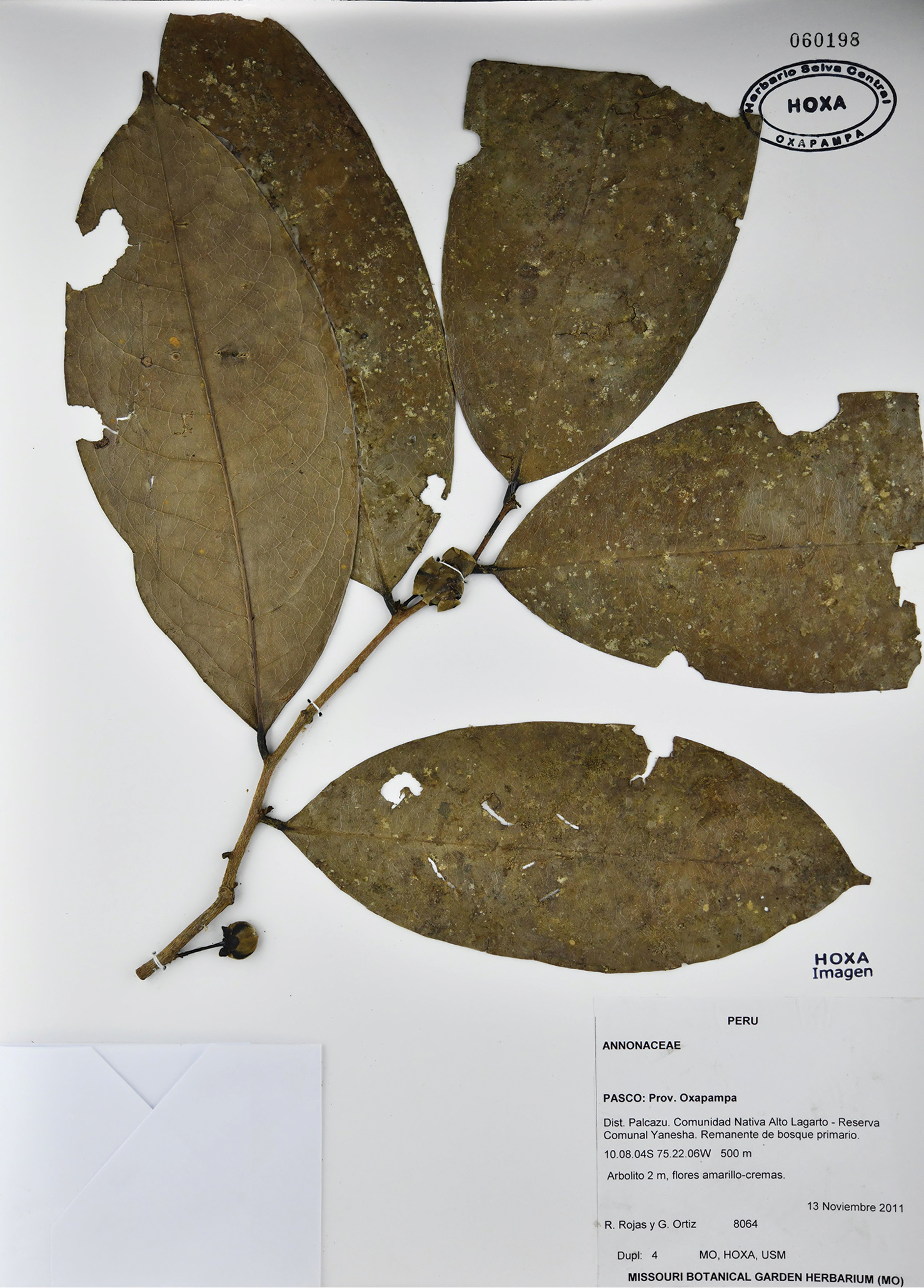 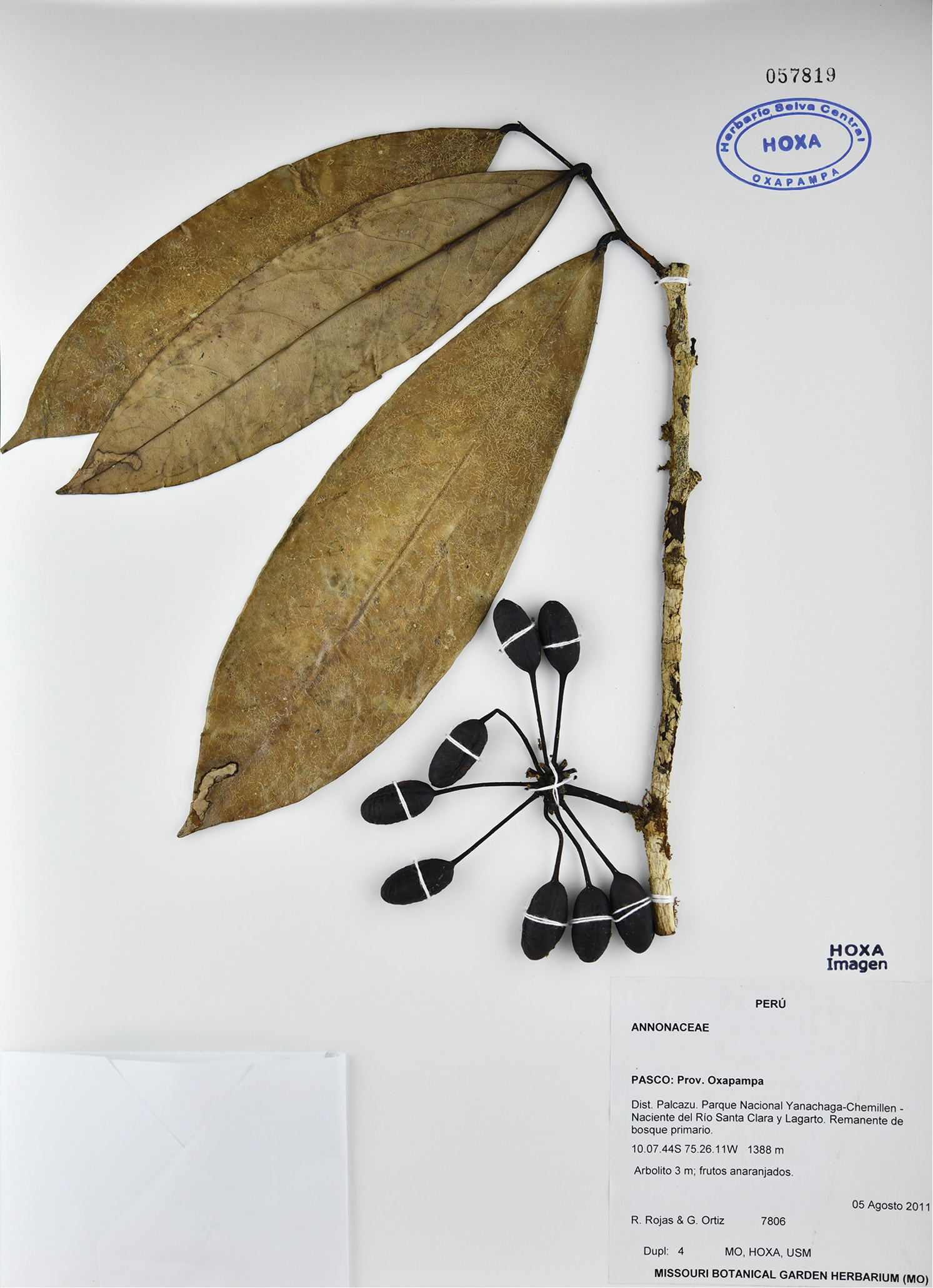