Diagnosis. The new species is superficially distinguishable from the other members of the genus by having a pale yellowish coloured head and forewing with a pattern of three small black dots along cell, the light grey ground colour is covered with numerous minute darker dots and patches. The genitalia structure is similar to that of G. queenslandi   , G. bipunctata   , G. acacivorella   and G. fuscostriata   . The differences are as follows: phallus parallelsided, not broadened, slightly curved, while phallus in G. acacivorella   is narrower from base to tip., phallus with more or less bulbose apical half in G. queenslandi   , G. bipunctata   and G. fuscostriata   . The sclerotized digital process is present on subapical part of valva, tip of the process is rounded, similar to that of G. acacivorella   . Valva of G. luridicapitella   sp. nov. lancet-shape, while valval costal and dorsal margins in G. acacivorella   are more or less parallel; the valval process in G. fuscostriata   and G. queenslandi   with pointed tip.

Etymology. This species is named after the colouration of the head (Latin: luridus = pale; caput = head). 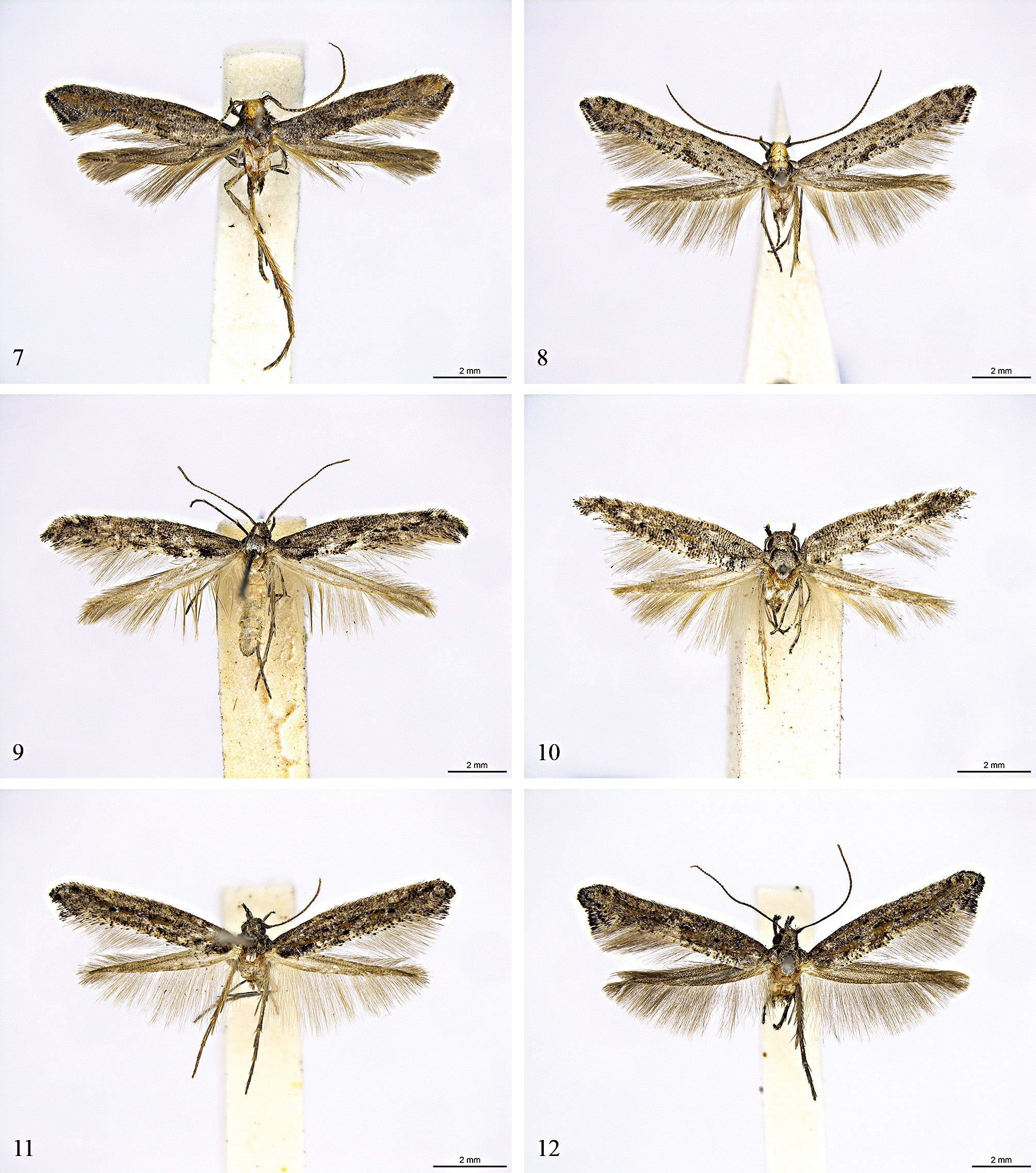 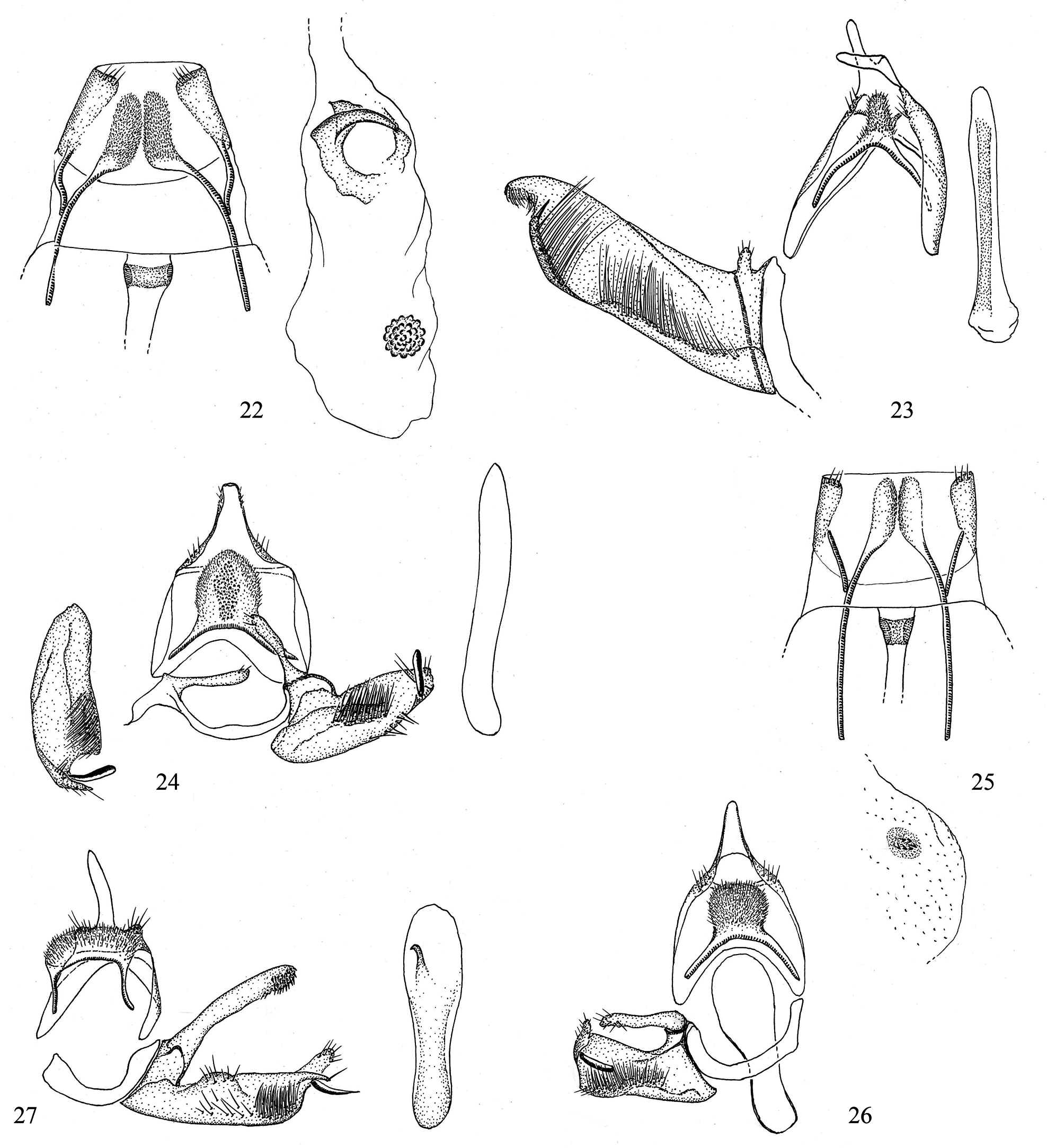