Referring to the locality of the holotype, Meitan County, Guizhou Province, China. 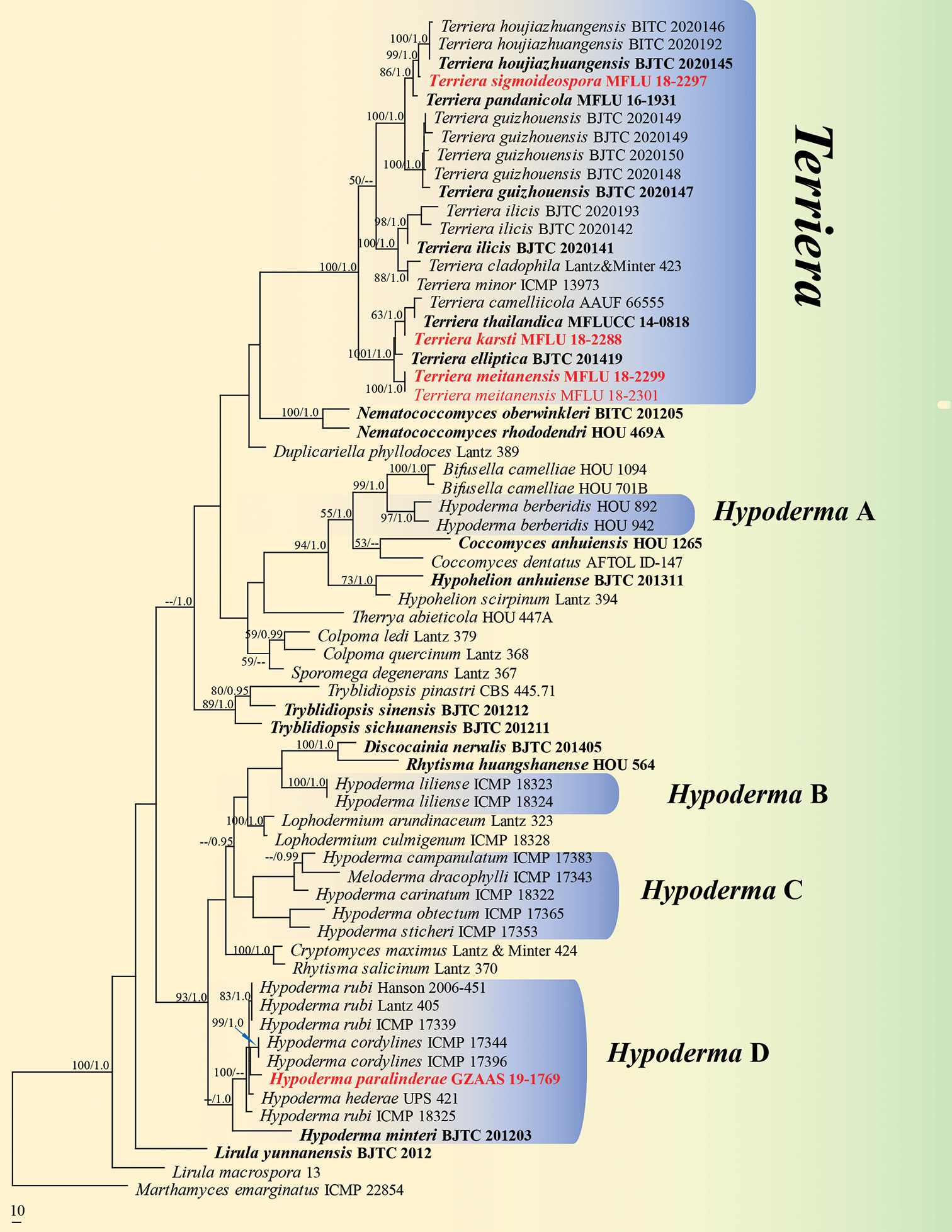 Figure 1. Phylogram of Rhytismataceae is presented as the best tree revealed by MP analysis, based on the concatenated LSU-ITS-mtSSU sequence dataset. MP bootstrap support values (MPBP ≥ 50 %) and Bayesian inference posterior probabilities (BYPP ≥ 0.95) are shown near the nodes. The tree is rooted to Marthamyces emarginatus (ICMP 22854), the scale bar showing 10 changes. Type strains are indicated in bold and new sequences, generated in this study, are given in red. 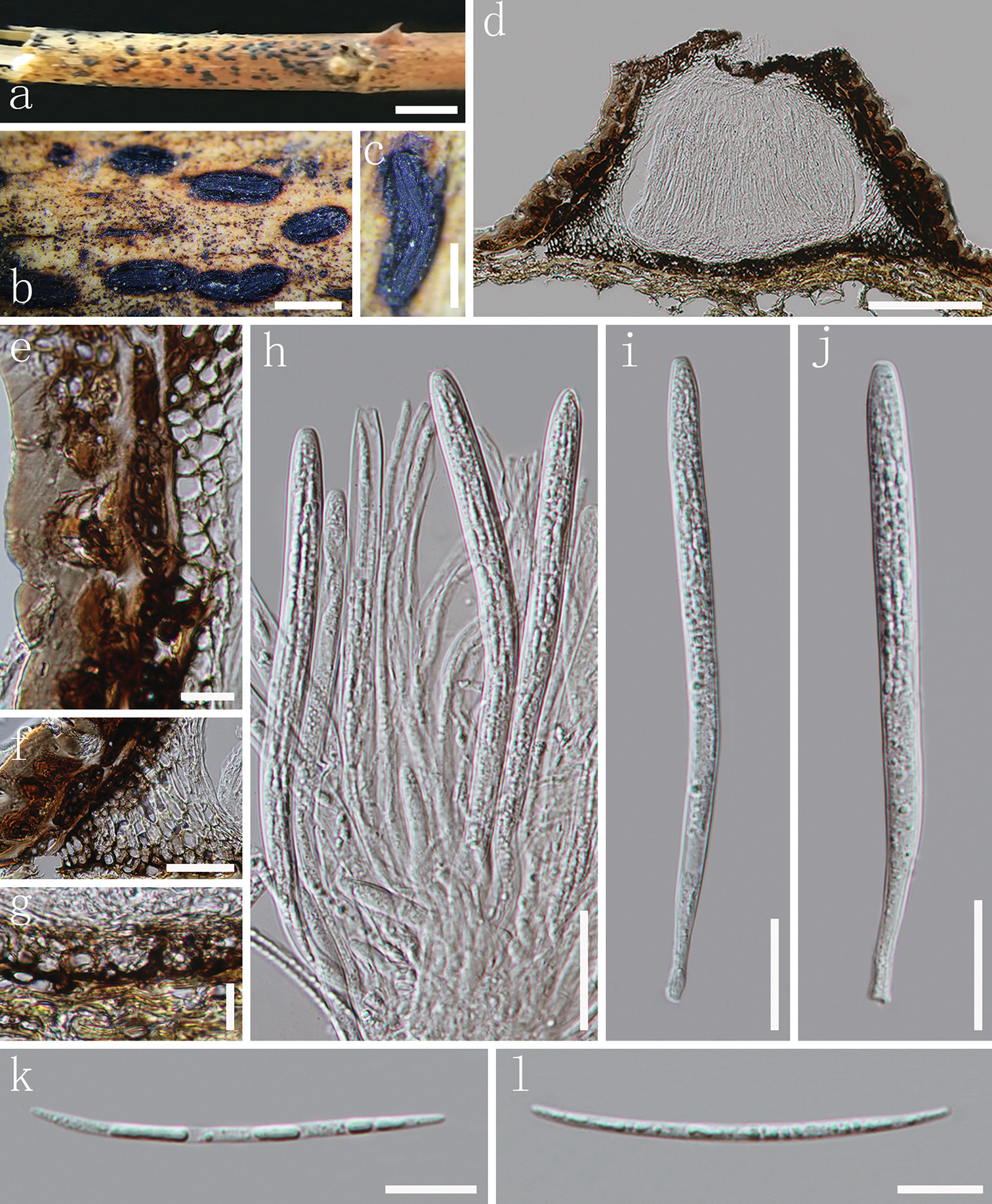