Etymology: The specific name derives from the Latin “ super ” (beyond), and “ numeraria ” (number), referring to the highest number of body annuli of this species comparing with its congeners.

Diagnosis: A small and slender Amphisbaena  with four precloacal pores, 333–337 body annuli, 22–23 caudal annuli, discrete autotomic site on annuli 10–12, and tip of the tail pointed or keeled ( Fig. 3View FIGURE 3), 14 dorsal and 17–18 ventral segments per annuli at midbody, fainted ventral sulcus. Nasal and prefrontal scales absent, fused with the rostral; frontal scales fused forming a single, large and wide heptagonal scale, the largest scale on top of head; three supra and three infralabials. The presence of more than 300 body annuli as well as the presence of frontal scales fused, forming a single large scale on top of head, and the tenth anteriormost body annuli chevron-shaped are unique characters among Amphisbaena  and separate this species from all other congeners.

Variation: The paratypes MZUSP 98099 and 98100 have fainted precloacal pores. The former has three segments in the first row of postgenials (other specimens have two), and the later has an autotomized tail (the tail was broken in the annulus 10 th). The number of intercalated annuli varies from three to five, and the keeled tail is well defined on MZUSP 98098 and 98099.

Distribution and Natural History ( Fig. 4View FIGURE 4): The Parque Nacional do Catimbau  , with an area of about 62.000 hectares, protects habitats included or surrounding for highly eroded plateau of Silurian-Devonian sedimentary deposits of Tacaratu formation ( Projeto RADAMBRASIL 1983; CPRM 2005) in the semiarid Caatingas of state of Pernambuco. The plateau has elevations varying from 700 to about 1000 m and is covered by xeromorphic Caatinga vegetation with dominance of Euphorbiaceae  , Caesalpiniaceae  , Myrtaceae  , Mymosaceae, Fabaceae  and Cactaceae ( Gomes et al. 2006)  . Areas of accumulation of sandy soils resulting from erosion of the plateau are sparsely covered by tickets of vegetation with a dry and thin leaf litter. More data and a figure with details of the general aspect of the relief and vegetation of the area are in Rodrigues & Santos (in press). The four specimens of Amphisbaena supernumeraria  were found while searching in sandy soils for the fossorial lizard Scriptosaura catimbau  , recently described as a new genus and species from the same area (Rodrigues & Santos in press). 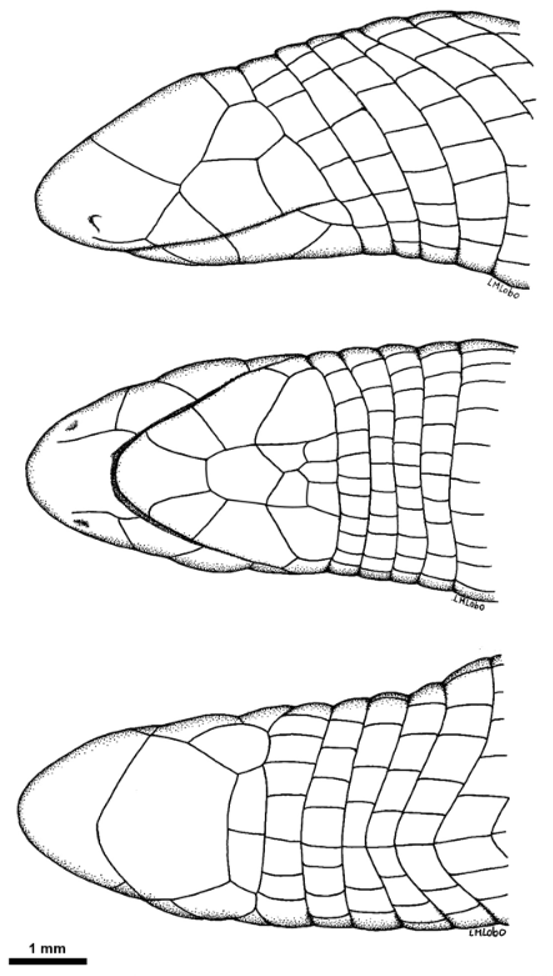 FIGURE 1. Lateral, ventral, and dorsal views of the head of the holotype of Amphisbaena supernumeraria (MZUSP 98101).

FIGURE 1. Lateral, ventral, and dorsal views of the head of the holotype of Amphisbaena supernumeraria (MZUSP 98101). FIGURE 3. Photo of lateral (A) and ventral (B) view of the tail of the holotype of Amphisbaena supernumeraria (MZUSP 98101). 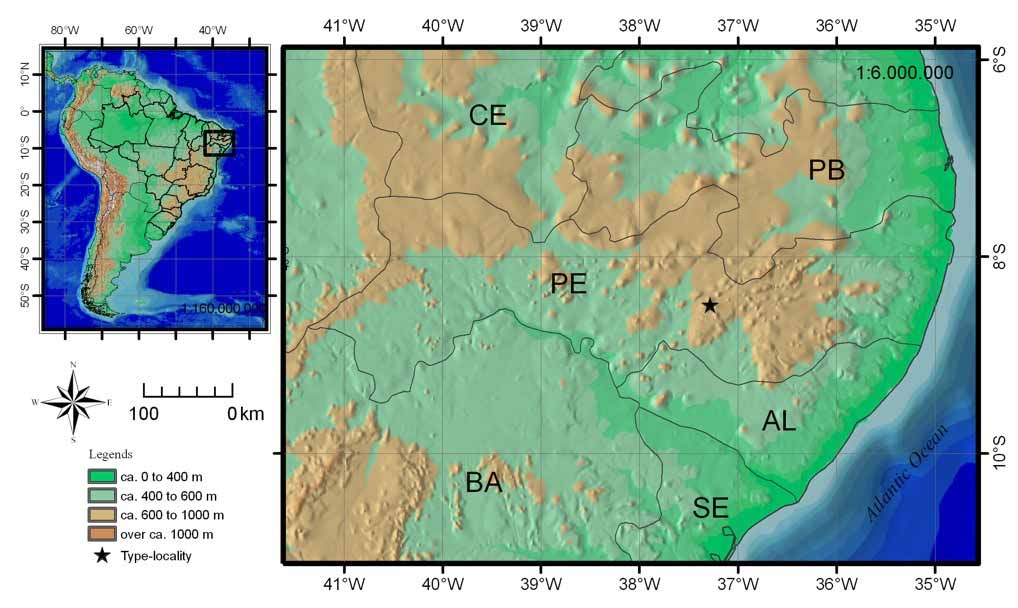