Hogna nonannulata can be distinguished from all other Madeiran Hogna by the aspect of its legs, without annulations or bright yellow or orange setae (Fig. 24D View Figure 24 ). In addition, males have an elongate cymbium tip, clearly longer than the length of the alveolus of the bulb (Fig. 24A View Figure 24 ). We could not revise any female materials, for which we propose that the leg aspect can be used to diagnose females.

Pedipalp: cymbium with two prolateral spines, one basal, the other at rim, apically with four dark macrosetae, Fe with two dorsal and an apical row of four spines, Pa with one prolateral spine, Ti with one dorsal, one dorsoprolateral, and one prolateral spines. Tegular apophysis with ventral spur short, blunt, with a short straight ridge leading to a wide apical point; terminal apophysis separated from subterminal apophysis due to a clearly visible excavation, blade-shaped with sharp end; embolus moderately elongated, with tip directed anteriorly; palea small.

Female: We could not revise any female material.

This species is known from the southern coastal area of Câmara de Lobos in the island of Madeira (Fig. 25 View Figure 25 ).

Hogna nonannulata can be found in coastal shrub- or grassland and rocky areas.

It was not previously possible to assess H. nonannulata according to the IUCN Red List criteria given the scarcity of past information, hence a status of Data Deficient was suggested ( Cardoso et al. 2018e). Its known distribution is now limited to the area of Camara de Lobos in the southern coast of Madeira Island, an area with no remaining natural habitat beyond the rocky areas. With an EOO and AOO of 4 km2 and a single location threatened by urban and agricultural pressure, if the trend of the species is negative its status might be Critically Endangered. 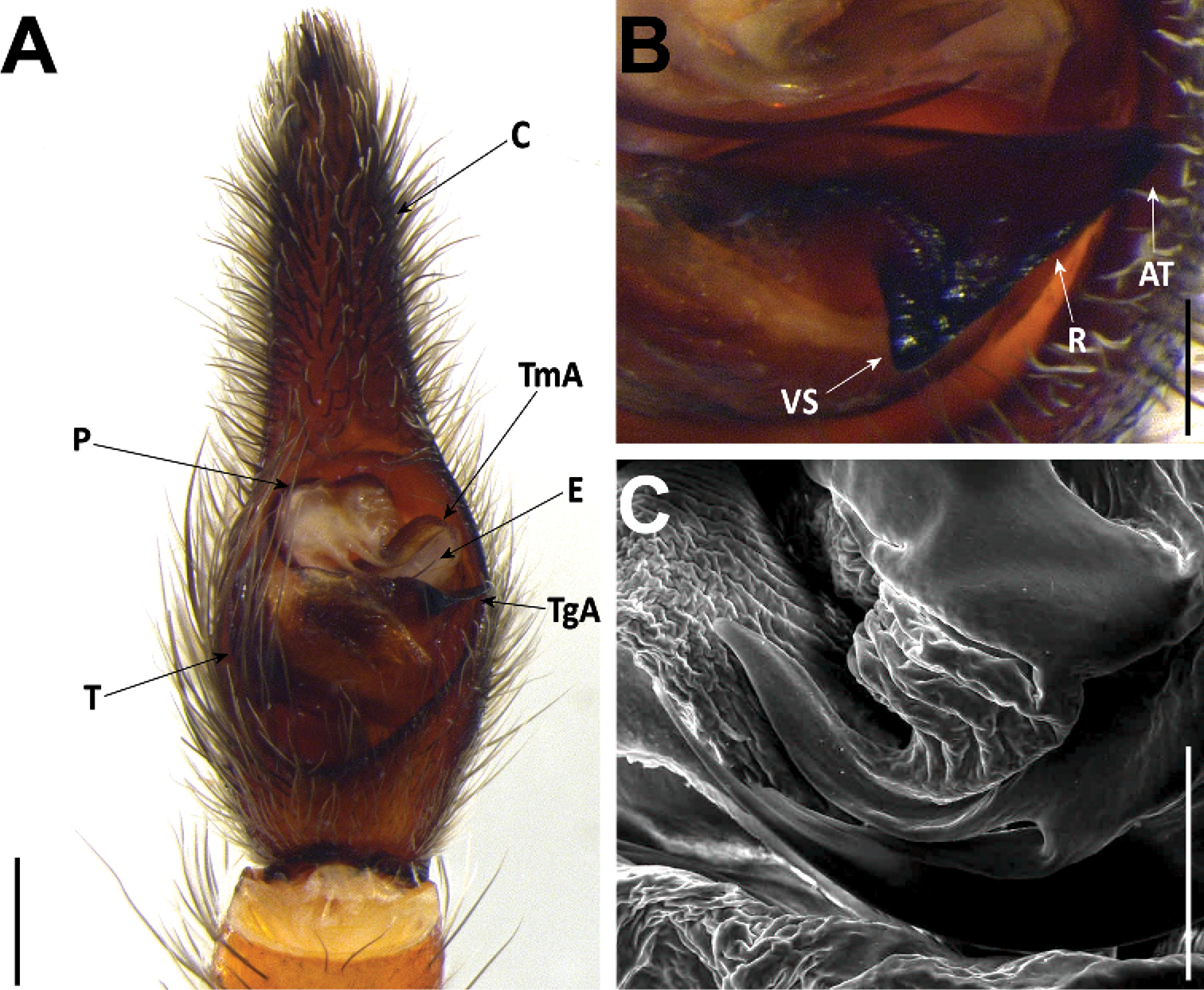