Etymology: The specific epithet is the past participle of the Latin verb derivare and alludes to the conspicuously derived habitus, punctation, antennae, and legs.

Abdomen ( Figs 194–196 View Figs 181–196 ) as characterized in the description of the genus; posterior margin of tergite VII with palisade fringe.

Comparative notes: Aenictoides derivata is readily distinguished from all other species of Lomechusini by its conspicuous habitus and other derived external characters alone.

Distribution and natural history: The type locality is situated in Doi Inthanon, Chiang Mai province, North Thailand. The holotype was sifted from litter between rocks at an altitude of 550 m. The species is most likely associated with ants of the genus Aenictus (Maruyama, e-mail 6 July, 2015). 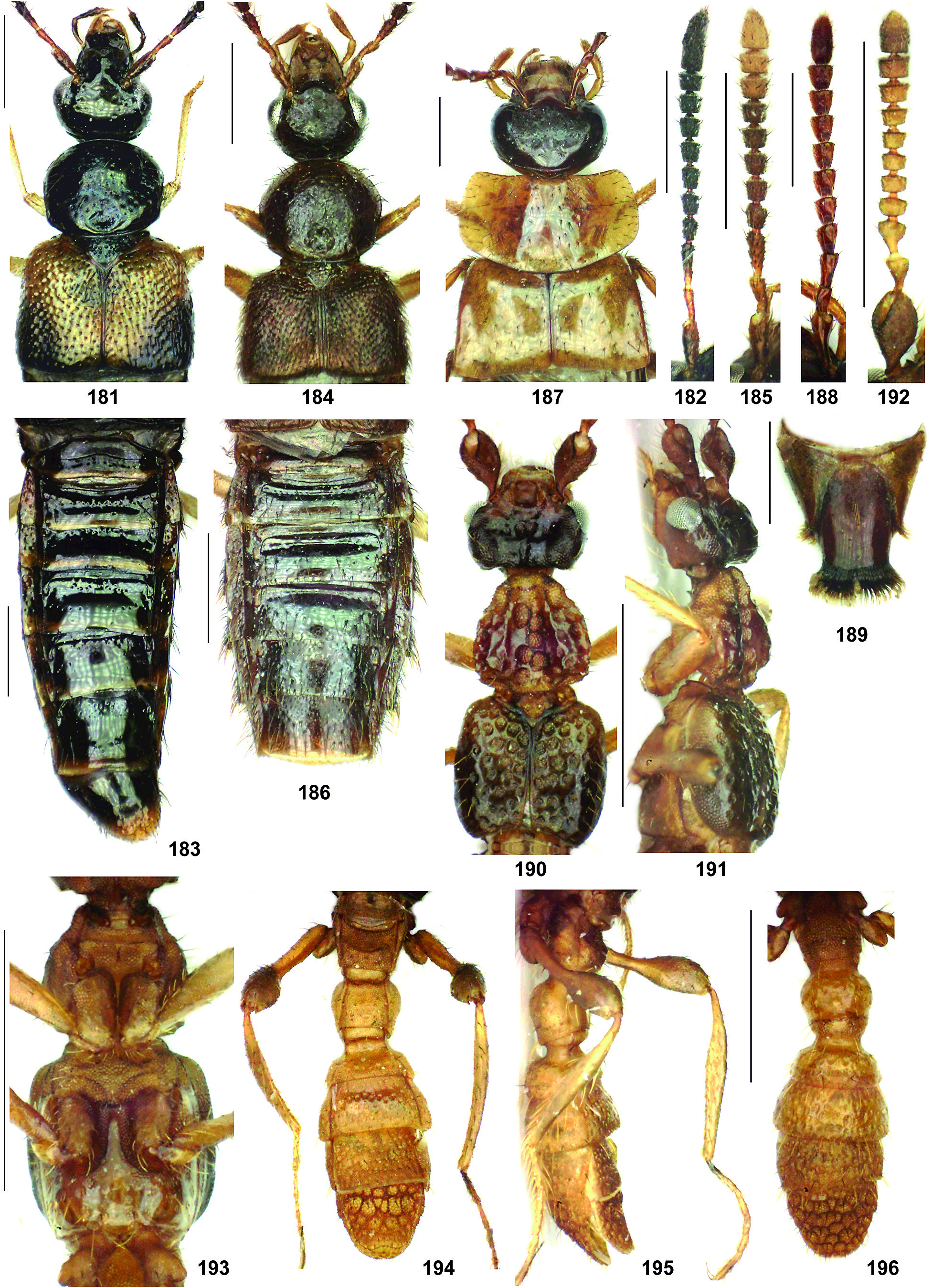