Anthrenus museorum   adults were collected from flowers of mountain ash ( Sorbus   sp.) and an ornamental Spiraea   , and by sweeping foliage in a mature hardwood forest. One adult was found in an insect collection. Adults were captured during May and June. The larvae of this household pest feed on wool, fur, skins, museum specimens, and other animal products. Adults feed on nectar and pollen ( Bousquet 1990).

Distribution in Canada and Alaska. 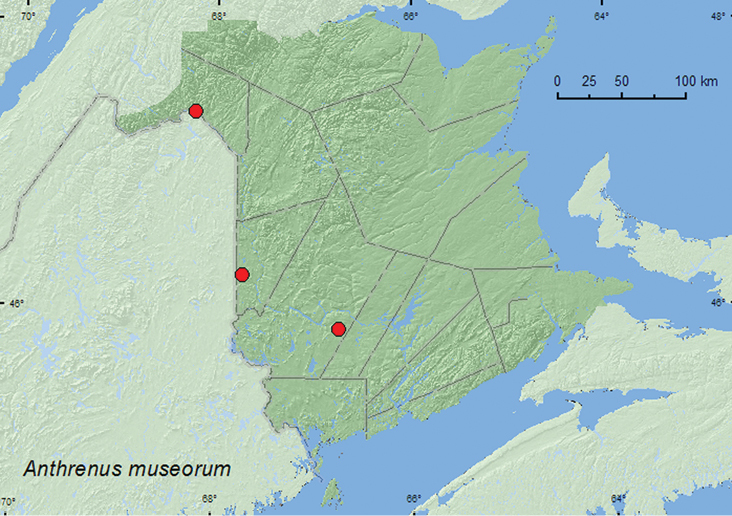