Variability. Female stylomeres, see Fig. 10 View Figs 7–12. 7 . Paratypes vary in length from 3.2 mm to 3.5 mm. The greenish lustre on head and pronotum can vary a bit in intensity.

The new species differs from all species mentioned above by its all over shining appearance because of the less pronounced microsculpture. The length of both antennomere IV and metatarsomere I is longer than in other species. In addition, A. dioscoridus   sp. nov. differs from A. latipennis   and A. subovatus   by its smaller eyes, longer temples and all over gutter-like median pronotal furrow; and from A. boldorii   and A. arabicus   by its more sharply delimited temples and neck, and its brown-red colour: A. boldorii   is light red and A. arabicus   is brownish yellow. Shape of the aedeagus in the new species differs from that in A. arabicus   , as it has a less conical apex and somewhat different inner structure; in A. latipennis   the ventral border of the median lobe of the aedeagus is almost straight and the length of the apex of the median lobe is twice or more as long as the width; the median lobe of the aedeagus of A. boldorii   is slender and over all its length of almost equal width; in A. subovatus   the apex of the median lobe is much shorter than in the new species: length almost equal as width.

A key to distinguish the new species from the above mentioned taxa is provided.

Etymology. The specific epithet refers to the presence of the species in the island of Dioscoridus, an ancient name for Socotra; a noun in nominative case.

Collection circumstances. All specimens were collected in the gravel on the banks of streams. 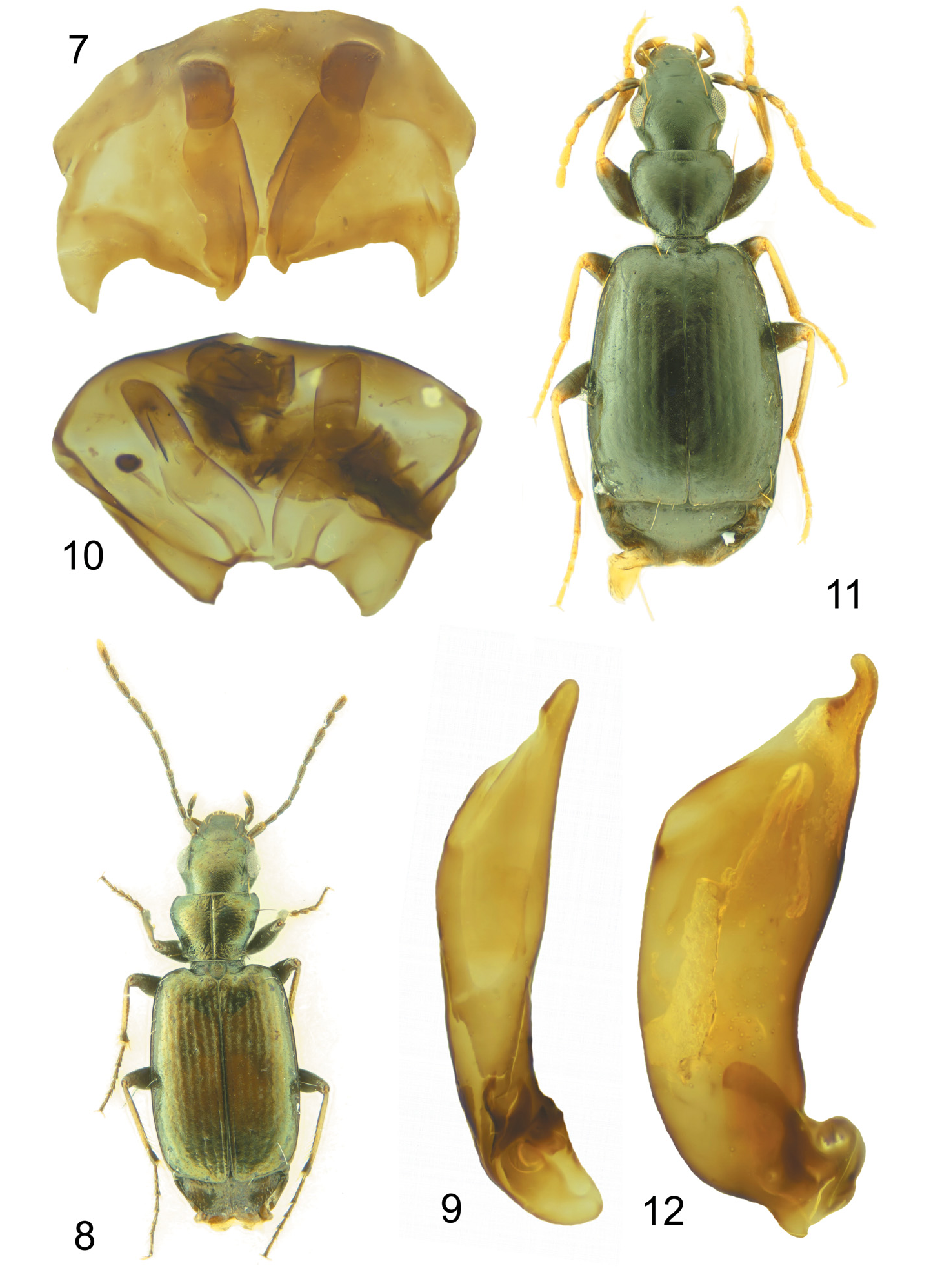