Cocoons. White or beige oval cocoons with ordered silk fibers, but covered by a net. Cocoons adhered to the leaf substrate.

In some females, the labrum and the mandibles are yellow-brown.

s ( Fig. 198 A–H View Figure 198 ). Coloration similar to females; however, some specimens, as well as some females, have the mandibles yellow-brown. The coloration on T3 is a somewhat different, the inverted brown triangle is not so evident.

Scott E. Miller is very interested in tropical biology, and the role of biodiversity information in understanding and managing the related issues of tropical deforestation, climate change, invasive species, loss of biological diversity, and the resultant biological, economic, and political consequences. Currently, he is the curator of Lepidoptera at Smithsonian Institute, National Museum of Natural History, Washington, D.C., USA.

The parasitized caterpillar was collected in Costa Rica, ACG, Sector Pitilla ( Estación Quica), during July 2010 at 470 m in rain forest. 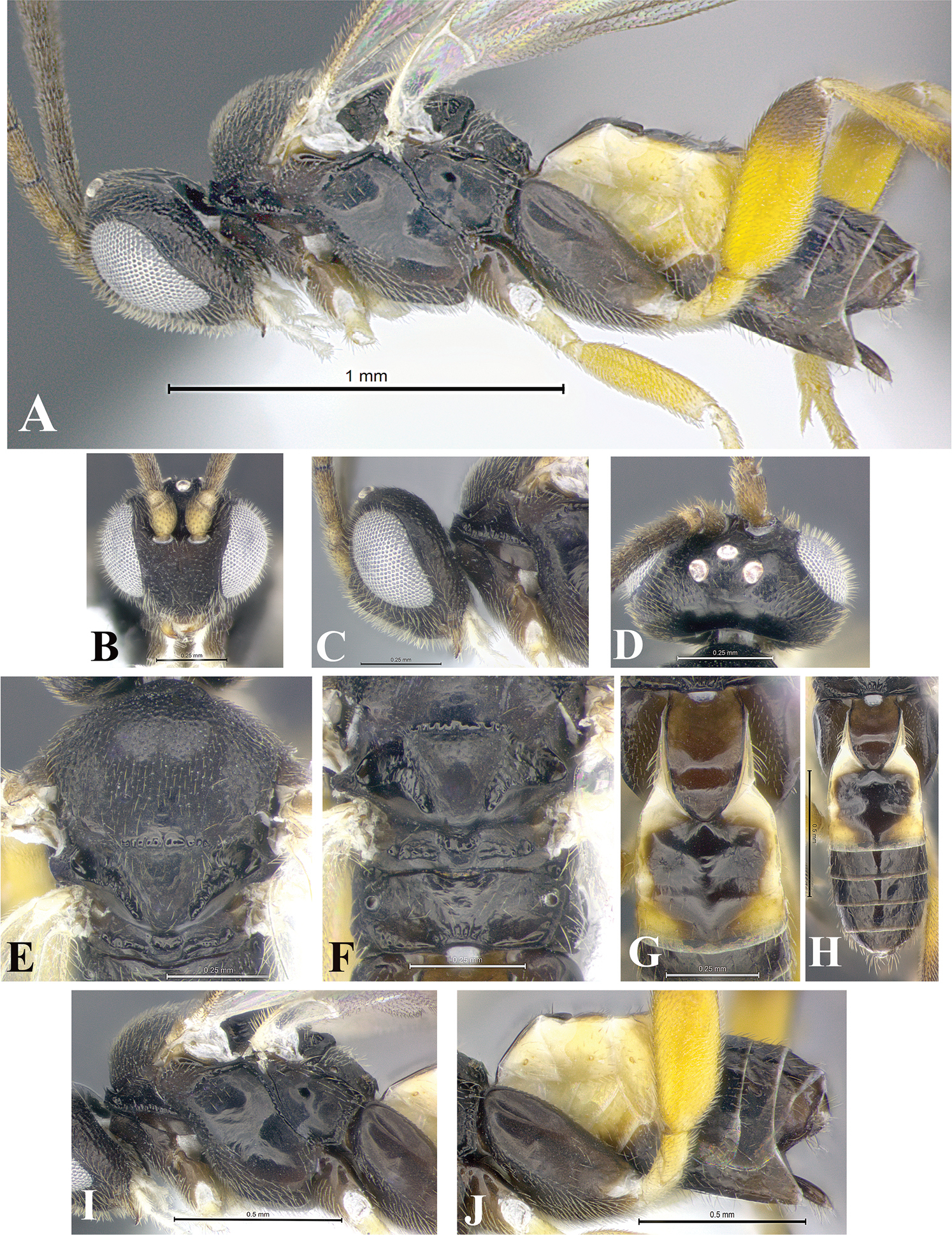 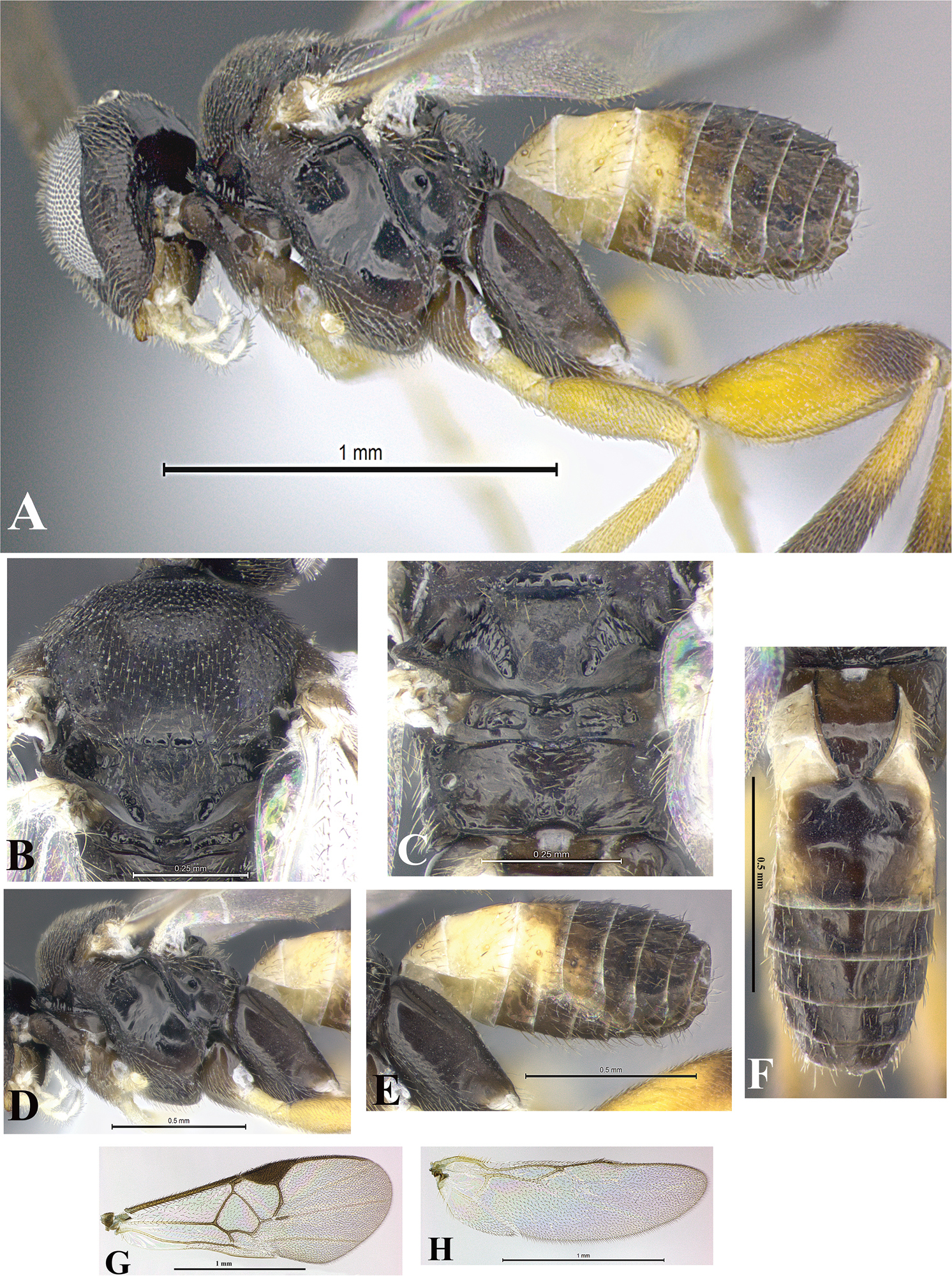