Diospyros phillipsonii G.E. Schatz & Lowry  , sp. nov. is distinguished from other species in the Squamosa group by its oblong leaves with a length:width ratio of 3-4:1 and a usually rounded apex.

ETYMOLOGY. — This species is named in honor of our good friend and colleague Peter B. Phillipson, with whom we have had the pleasure of collaborating since 1987, when he first started working in Madagascar at the Beza Mahafaly Reserve. Pete joined the staff of the Missouri Botanical Garden in 2003, and has contributed in numerous ways to our growing knowledge of the Malagasy flora, including through his field work, especially in the drier parts of the island, as well as taxonomic studies of dozens of groups, and has played a key role in the development of the on-line Catalogue of the Plants of Madagascar.

DISTRIBUTION AND ECOLOGY. — Diospyros phillipsonii  , sp. nov. is distributed along rivers in dry forest in western Madagascar from Bemaraha to the Sofia River basin ( Fig. 2View FIG), from 206 to 600 m elevation.

PHENOLOGY. — Diospyros phillipsonii  , sp. nov. has been recorded in flower in August and September, and in fruit in August and December.

CONSERVATION STATUS. — Diospyros phillipsonii  , sp. nov. has a geographic range in the form of an EOO of 36 124 km 2 and a minimum area of occupancy of 16 km 2. It is present in the protected areas of Beanka, Bemaraha, and Bemarivo. Outside of these protected areas it is threatened by fire, forest clearing for agriculture, and collection of firewood and construction material. With respect to the principal threat of forest clearing for agriculture, D. phillipsonii  , sp. nov. exists at four locations. With projected continuing decline in habitat quality, D. phillipsonii  , sp. nov. can therefore be assessed for its risk of extinction as Endangered [EN B2ab(iiii)] ( IUCN 2012).

Diospyros phillipsonii  , sp. nov. can be recognized from other members of the Squamosa group by its oblong leaves with a length:width ratio of 3-4:1 and a usually rounded apex, the latter feature shared with D. sennenii  , sp. nov. which, however, has elliptic lamina with a length:width ratio of 2-3:1. As here circumscribed, D. phillipsonii  , sp. nov. includes two of the original syntypes of D. cinnamomoides H. Perrier  (Perrier de la Bâthie 8774 and 8784), which were excluded at the time that species was lectotypified ( Schatz & Lowry 2011). 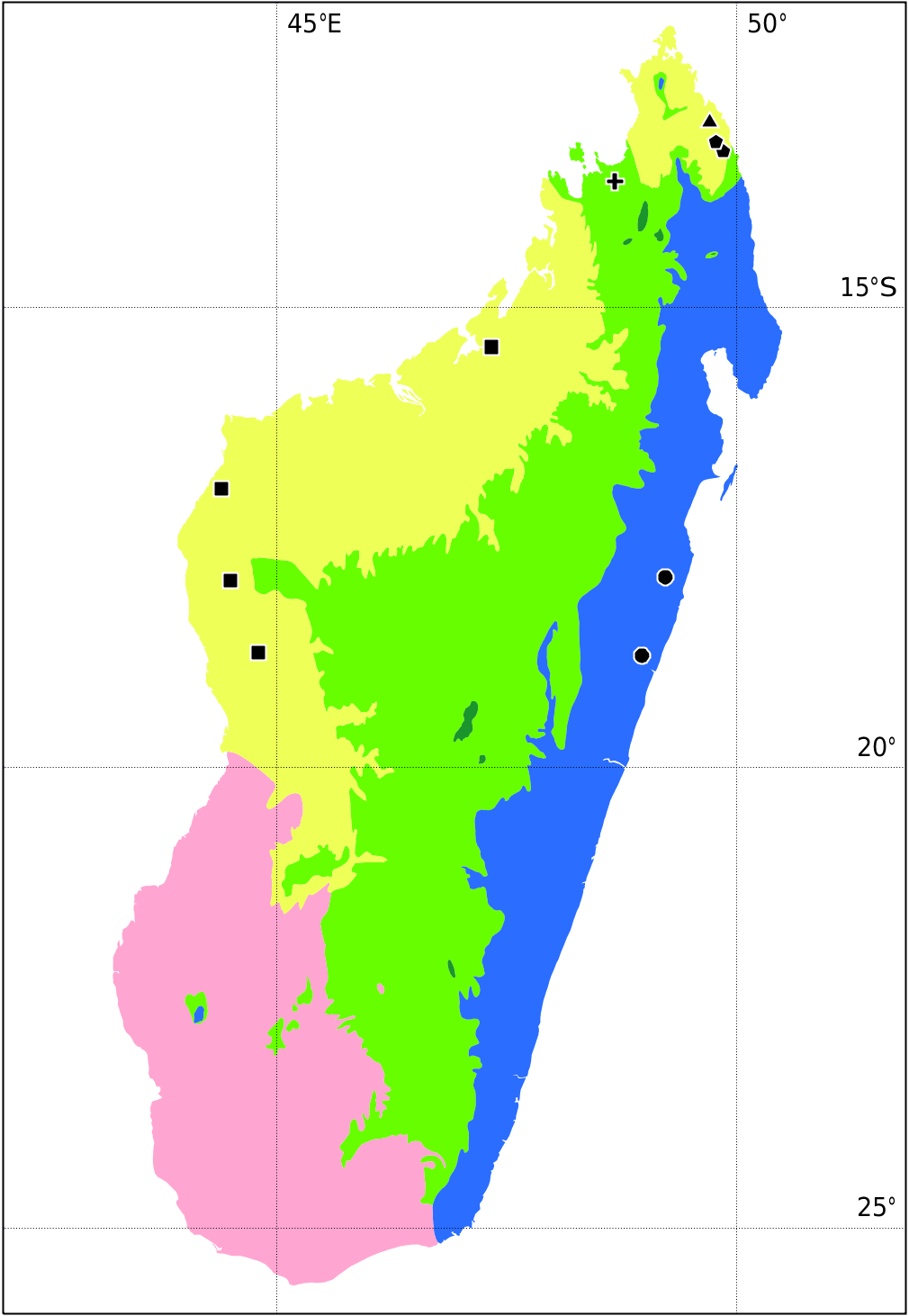