Other small species (<3mm) of Tarphius present in the Madeiran archipelago differ as follows: T. zerchei Gillerfors, 1997 is smaller and has reduced eyes; T. excisus Wollaston, 1857 has a pronotum much wider than twice its length, and T. lowei Wollaston, 1854 bears nodules on the elytra (rufescent on a blackish background).

All the specimens of the type series were sifted from leaf-litter, dead branches and vegetation (mostly lichens) growing on rocky walls facing West at the upper parts of the islet of Deserta Grande. The species may well be endemic to this little group of islets. 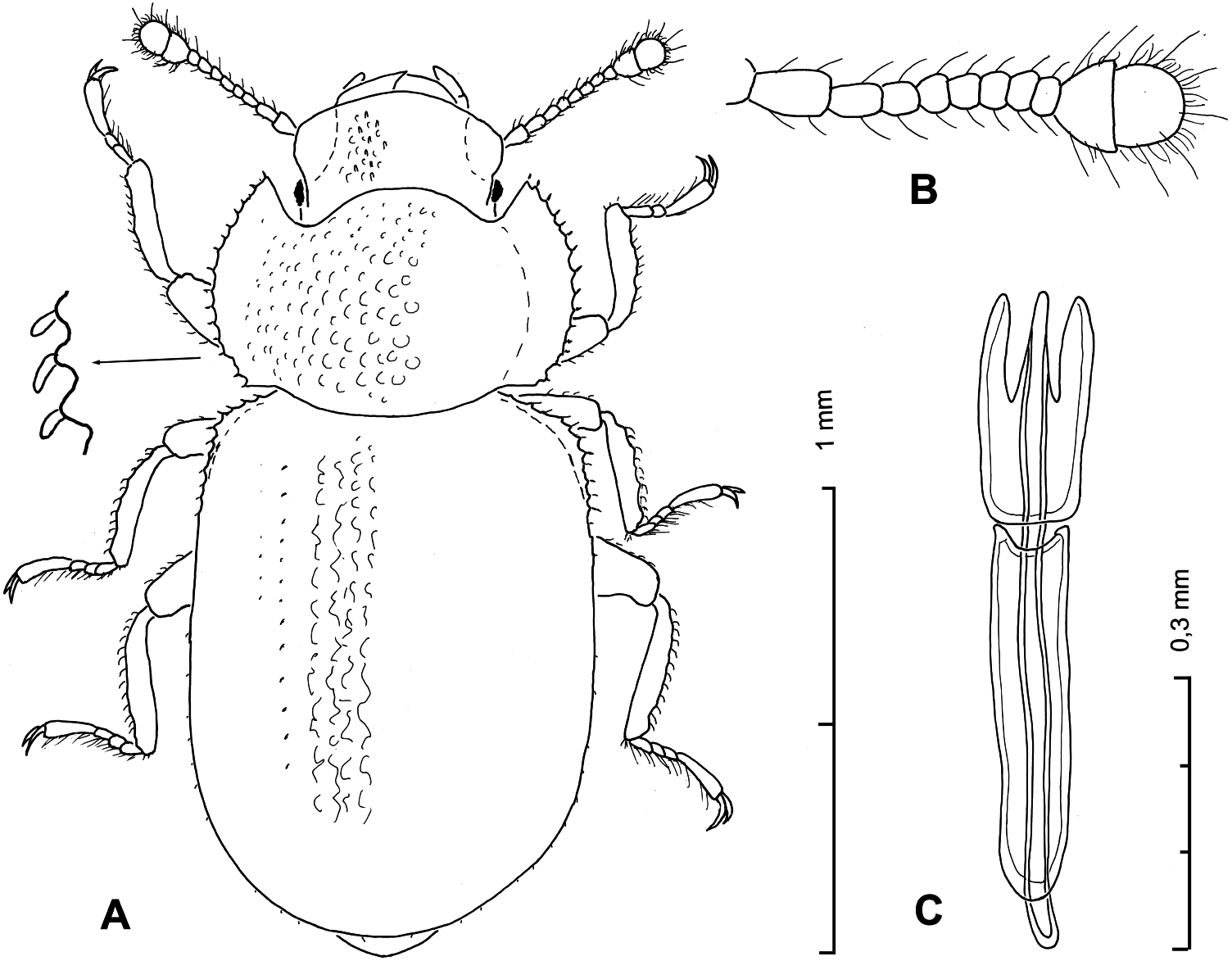