Described originally from three females taken in southern Victoria, the only other Australian specimens studied are a series from near Narrogin in Western Australia, taken by insecticide canopy fogging, and a single female from Mt Glorious, near Brisbane, Queensland. In contrast, populations of this species have been found living within the seed capsules of Eucalyptus grandis   (and possibly other species of that genus) at the following localities: Riverside, California, U.S.A.; Lincoln, New Zealand; Sao Paulo, southern Brazil; Mt Kilimanjaro, Kenya.

Presumably the thrips has been distributed around the world by forestry industries through the extensive trade in Eucalyptus   seeds. This species is particularly large-bodied, and as in females of the other large species of the genus, manukae   , there are two prominent apophyses internally on the postoccipital ridge of the head ( Fig. 11 View FIGURES 7 – 15 ). The size of these apophyses is clearly related to body size, they are scarcely developed in males. Despite this postoccipital ridge, browni   is probably most closely related to the smaller species, neboissi   . In both of them, setae S 2 on tergite IX of males are exceptionally short, only half as long as the intermediate pairs of setae that are placed between S 1 and S 2, and between S 2 and S 3. 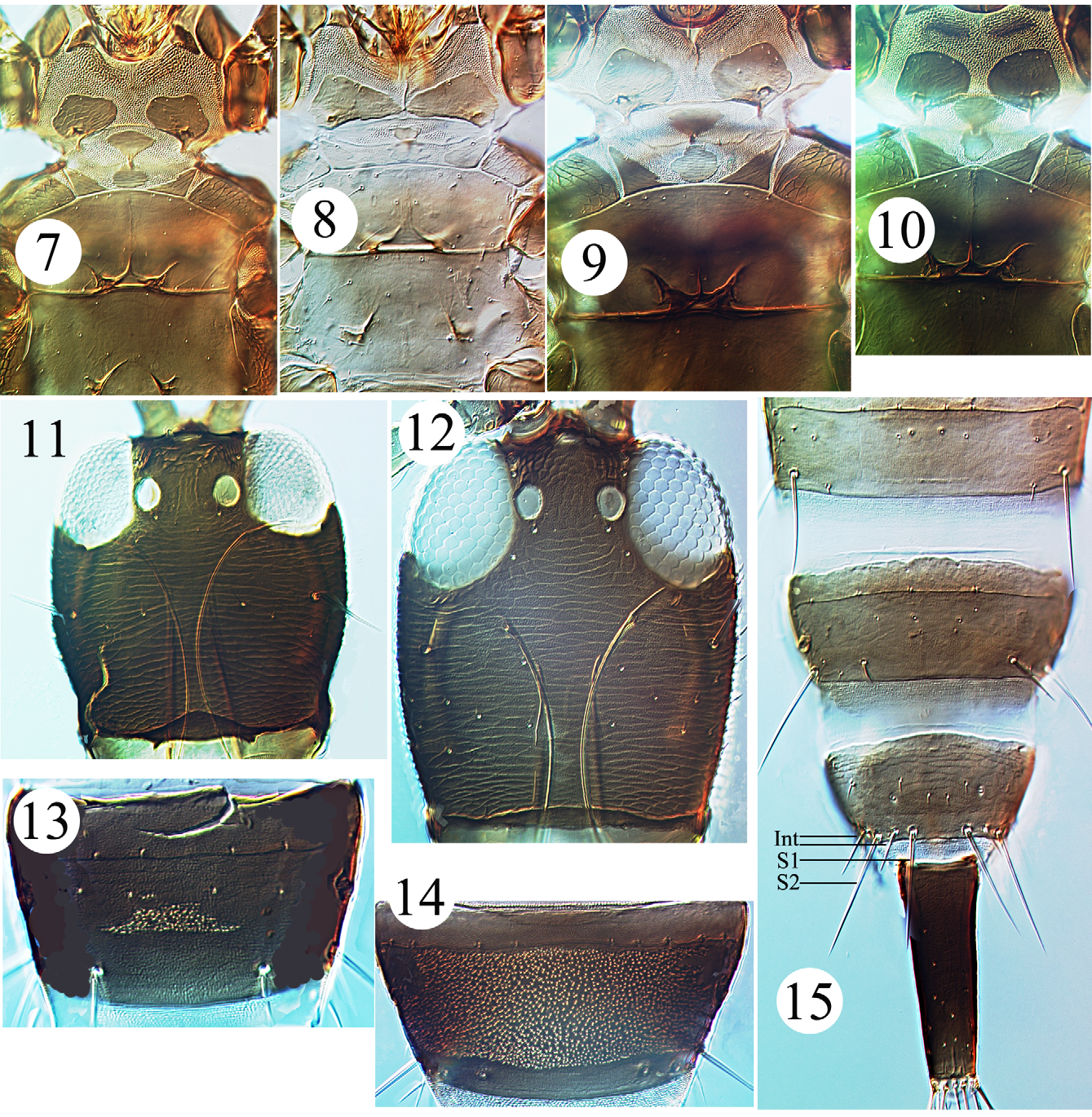