Presence of slime sheaths surrounding pileus and lamellar tramae as well as the dimensions and shape of cheilocystidia are characteristic of taxa in sect. Perforantia   . Conversely, pileipellis presents a very distinctive thatch of broom cell-like hyphal termini rather than repent, encrusted hyphae in a slime matrix as is seen throughout the section. Such a differentiated pileipellis might also qualify for some infrageneric groups of Marasmiellus   but would be expected to be without slime deposition. Unfortunately, DNA sequences could not be produced from the only known collection, so molecular placement remains unknown.

Slime is produced as a thin sheath surrounding individual hyphae, with ornamentation appearing as flakes riding on the exterior of the gelatinized wall. It also appears to obliterate subhymenium. Likewise, stipe medullary hyphae exist in minimal (but present) slime. There is little evidence of a slimy (or gelatinized) matrix in the pileipellis. 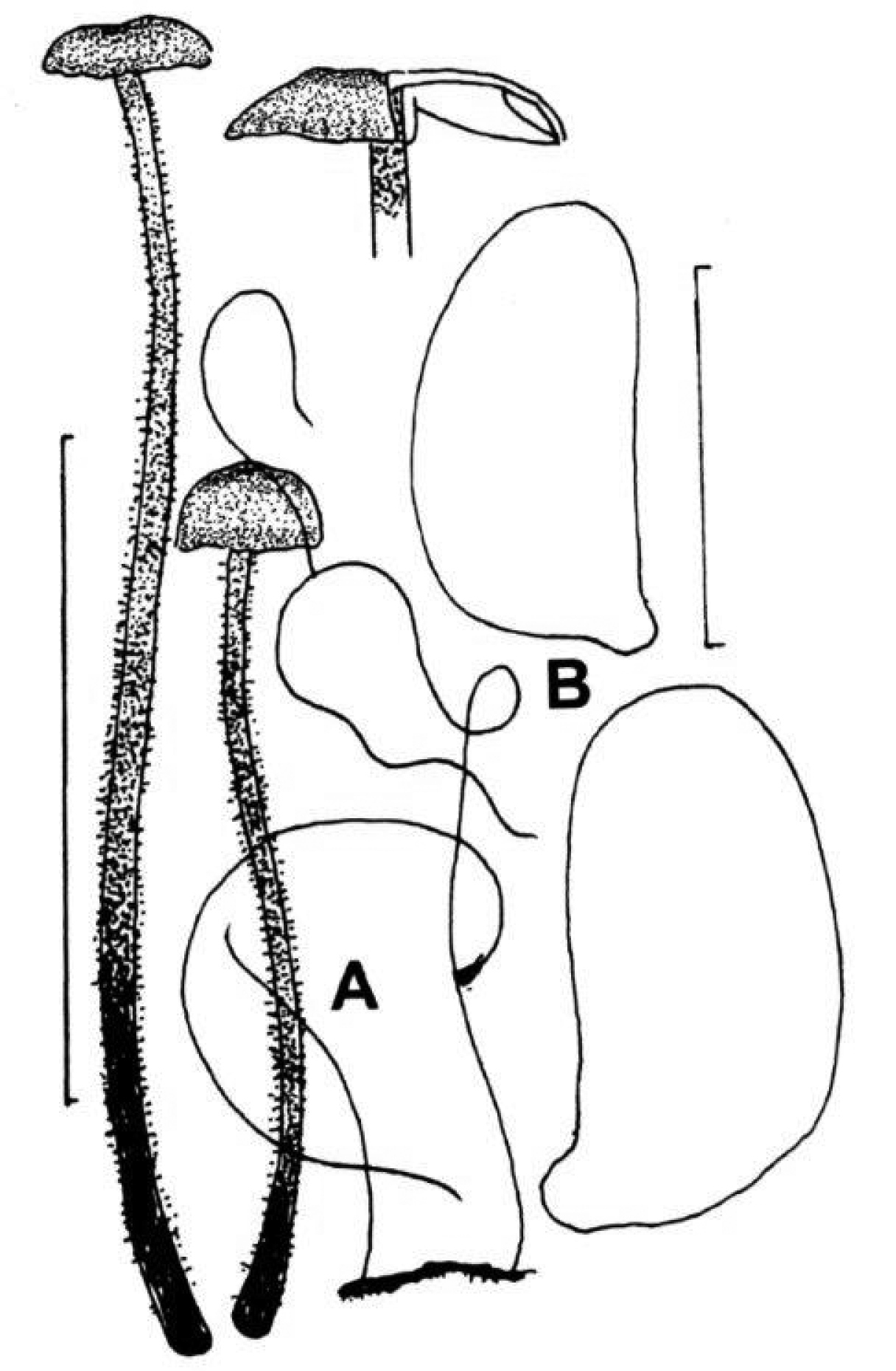 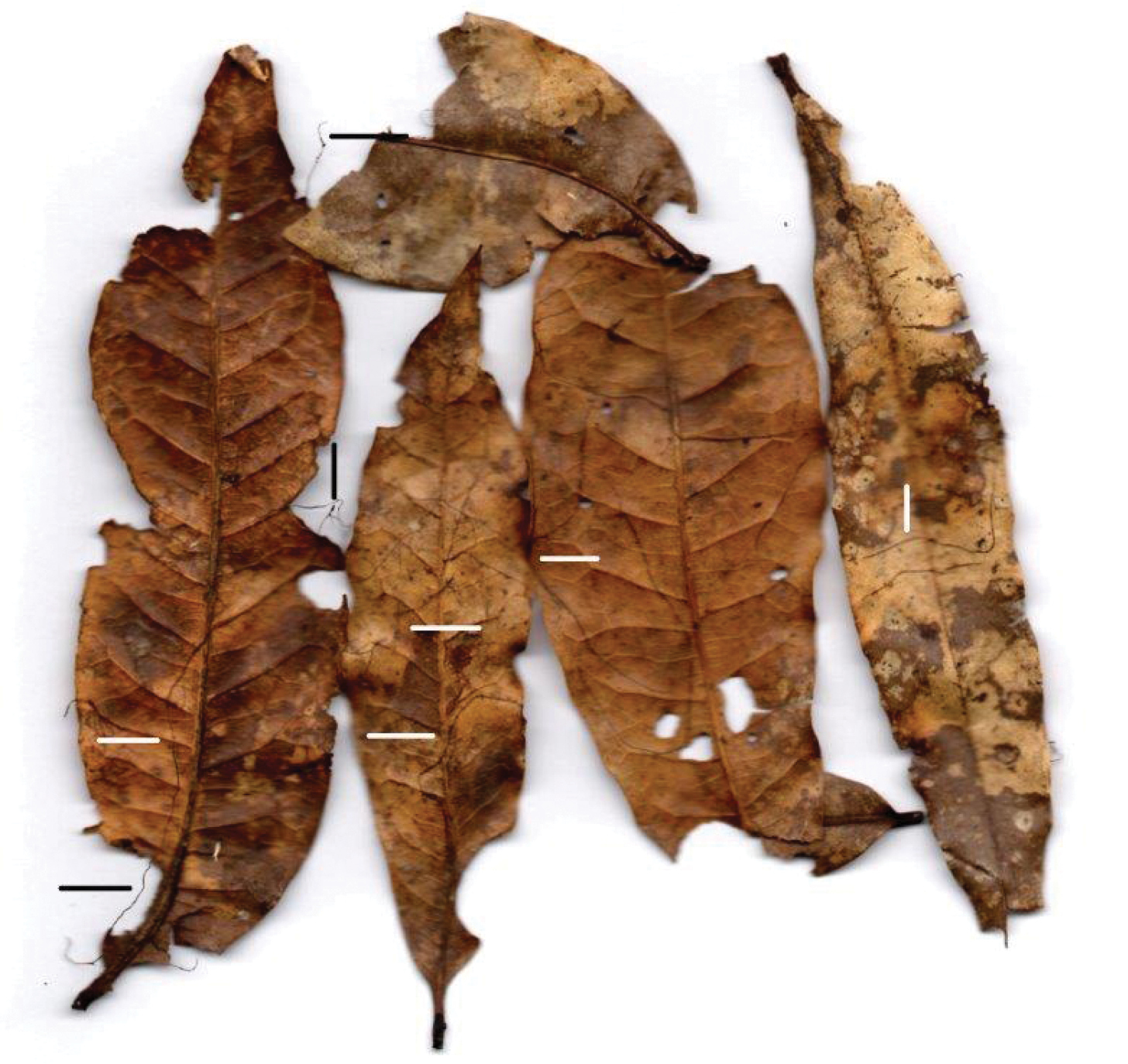 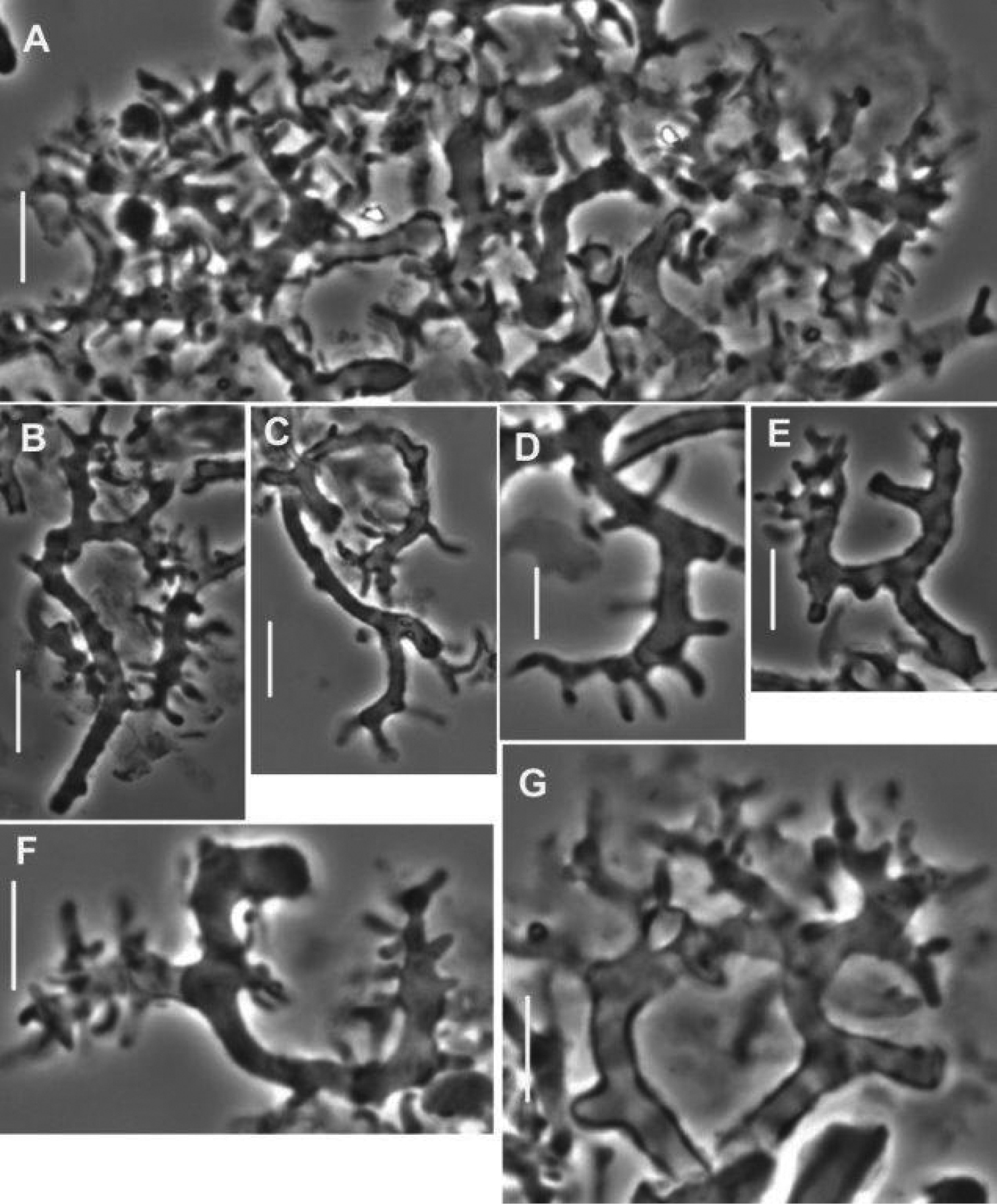 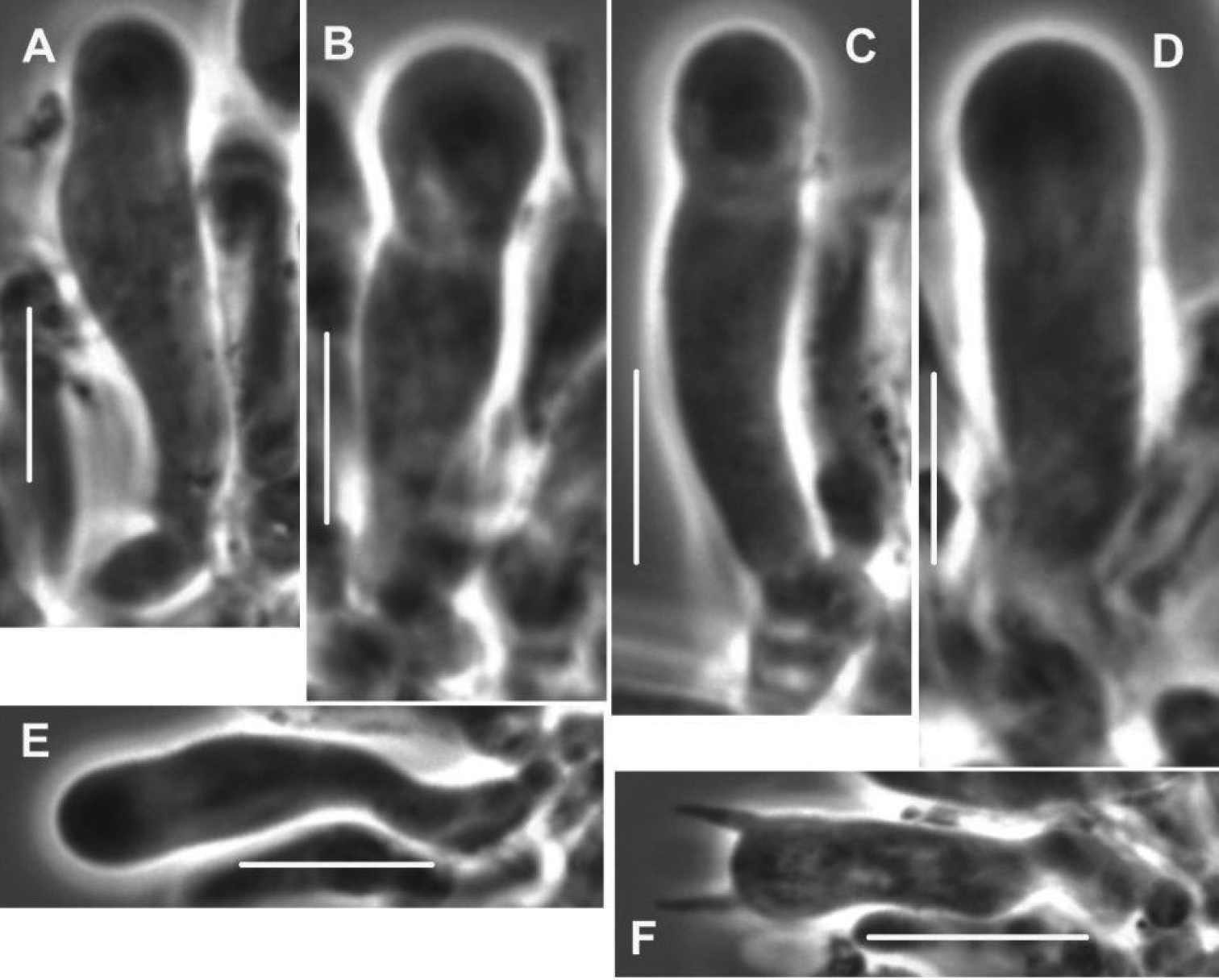