The three species of the genus show two very differnt egg morphology patterns which could be held as an argument for splitting this taxon into two distinct genera. Scolitantides orion (Pallas)  ( Fig. 11View FIGURE 11 A, B) has a depressed annular zone and a transition zone whose cells are radial, elongated and with very thick walls. The tubercle-aeropyle zone has equatorially orientated cells with walls equally thick and without tubercles, giving the chorion a robust appearance. S. panoptes (Hübner)  ( Fig. 11View FIGURE 11 C, D) shows an extremely reduced micropylar area, with two or three series of cells and a transition zone formed from very small, triangular or quadrangular cells. The tubercle-aeropyle zone shows a high number of short tubercles. In S. abencerragus (Pierret)  ( Fig. 11View FIGURE 11 E, F) the transition zone is mainly occupied by rhomboidal cells that adjoin the annular area to form a star like pattern. The tubercles are prominent and fewer than in S. panoptes  (40 on the equator versus 60 in the former species). 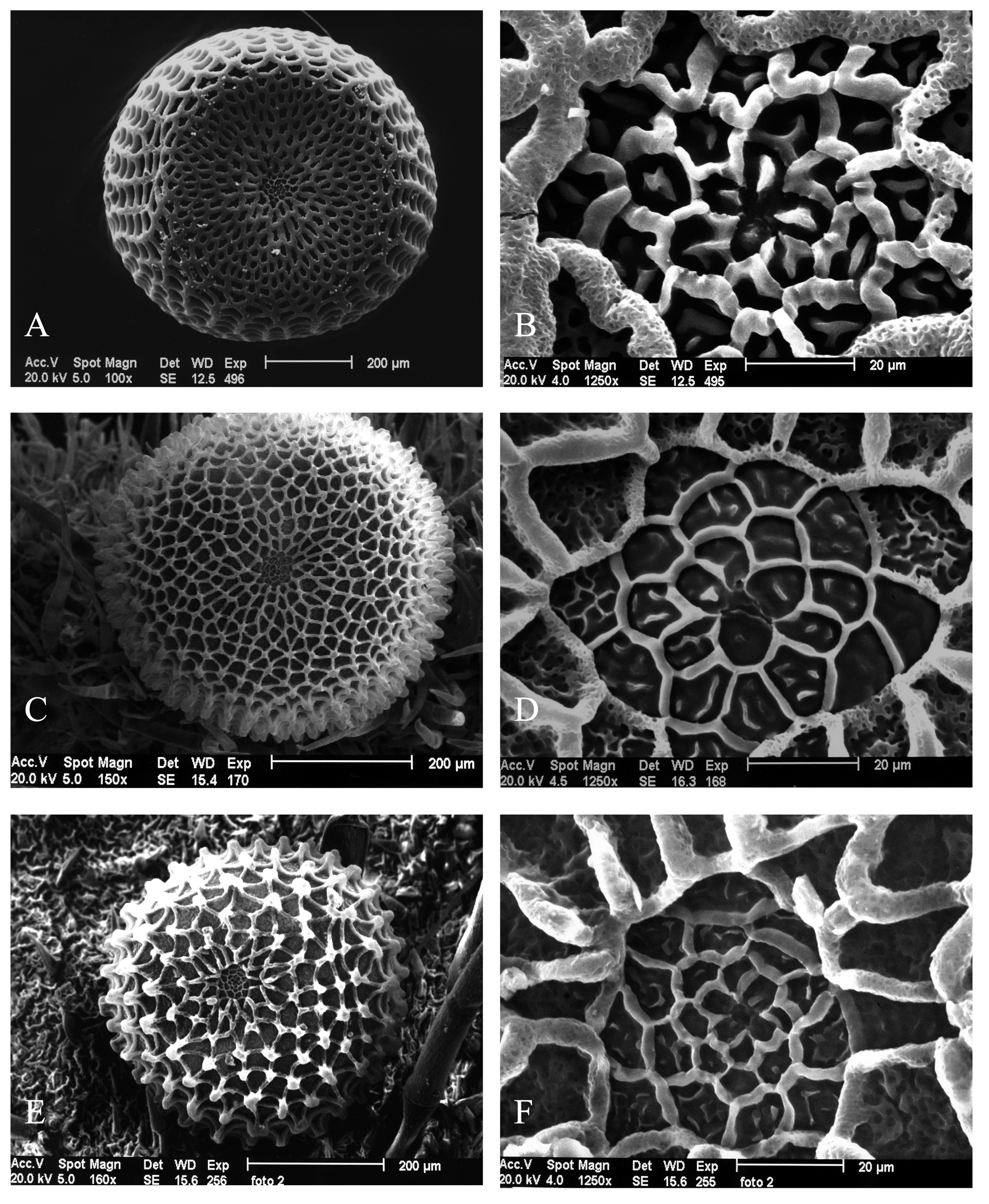