Cupido minimus (Fuessly)  ( Fig. 9View FIGURE 9 A, B) possesses a characteristic annular area with smooth and spotted cells and a transition zone with cells with a spongy texture. The cells on the tubercle-aeropyle zone have thin walls and not very prominent tubercles. In C. osiris (Meigen)  ( Fig. 9View FIGURE 9 C, D) the characteristic annular area has a variable number of cells that can be noted when comparing the two photographed samples. Tubercles are also not prominent and the number of cells of the tubercle-aeropyle area is lower than in C. minimus  . C. lorquinii (Herrich-Schäffer)  ( Fig. 9View FIGURE 9 E, F) has the egg surface with a network of quadrangular cells and prominent tubercles. In the annular zone there is a set of cells that are clearly distinct from the rest, having a spotted appearance. Although C. argiades (Pallas)  and C. alcetas (Hoffmannsegg)  have traditionally been placed in a different genus they share quite similar egg morphologies with the other members of the Cupido  genus. Distinctive features are the annular zone with characteristic wavy walls on its cells and the tubercle-aeropyle area bearing large tubercles with aeropyles at their tip for C. argiades  ( Fig. 10View FIGURE 10 A, B), and the thin walls and slightly prominent tubercles in the tubercle-aeropyle area for C. alcetas  ( Fig. 10View FIGURE 10 D). 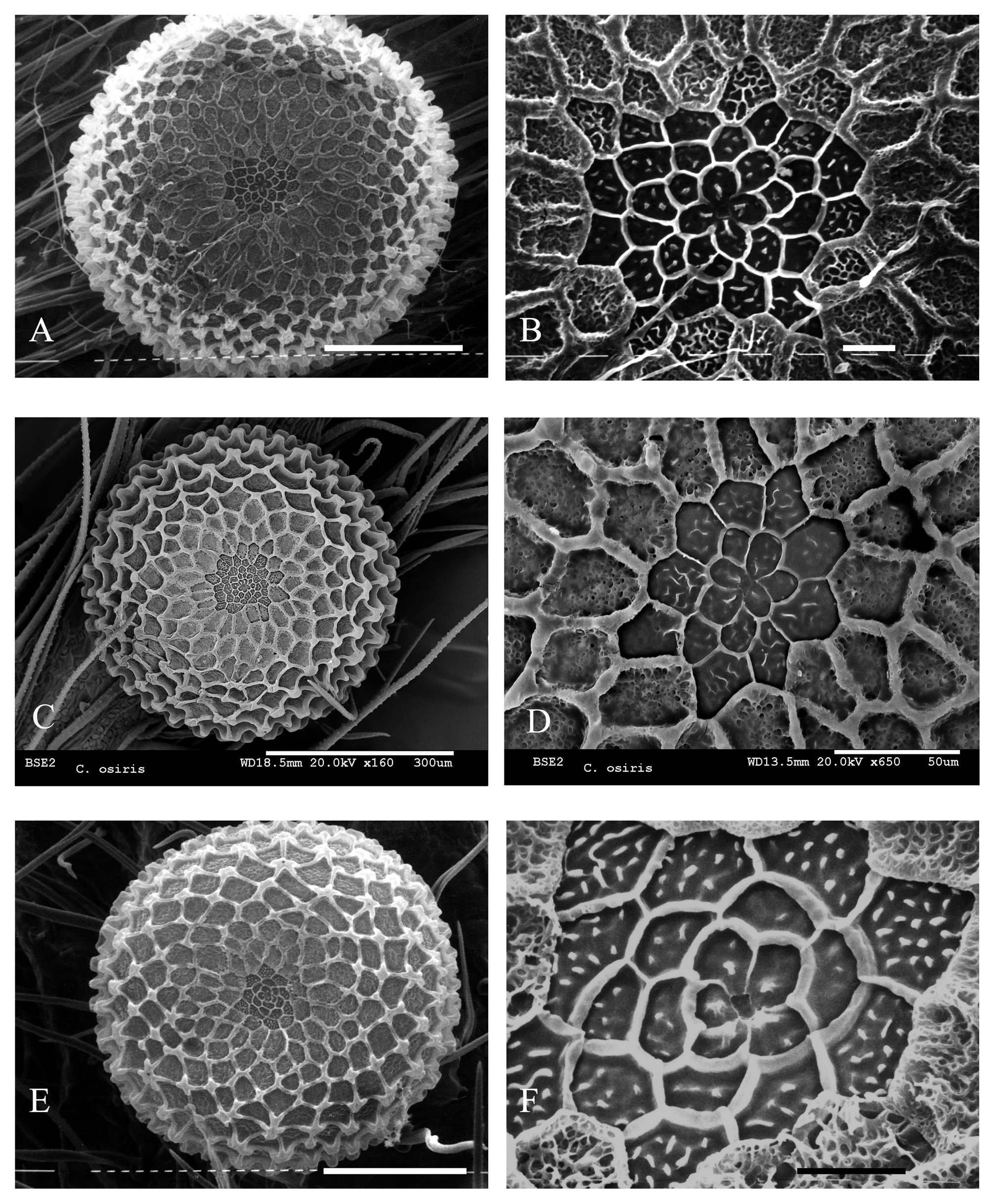 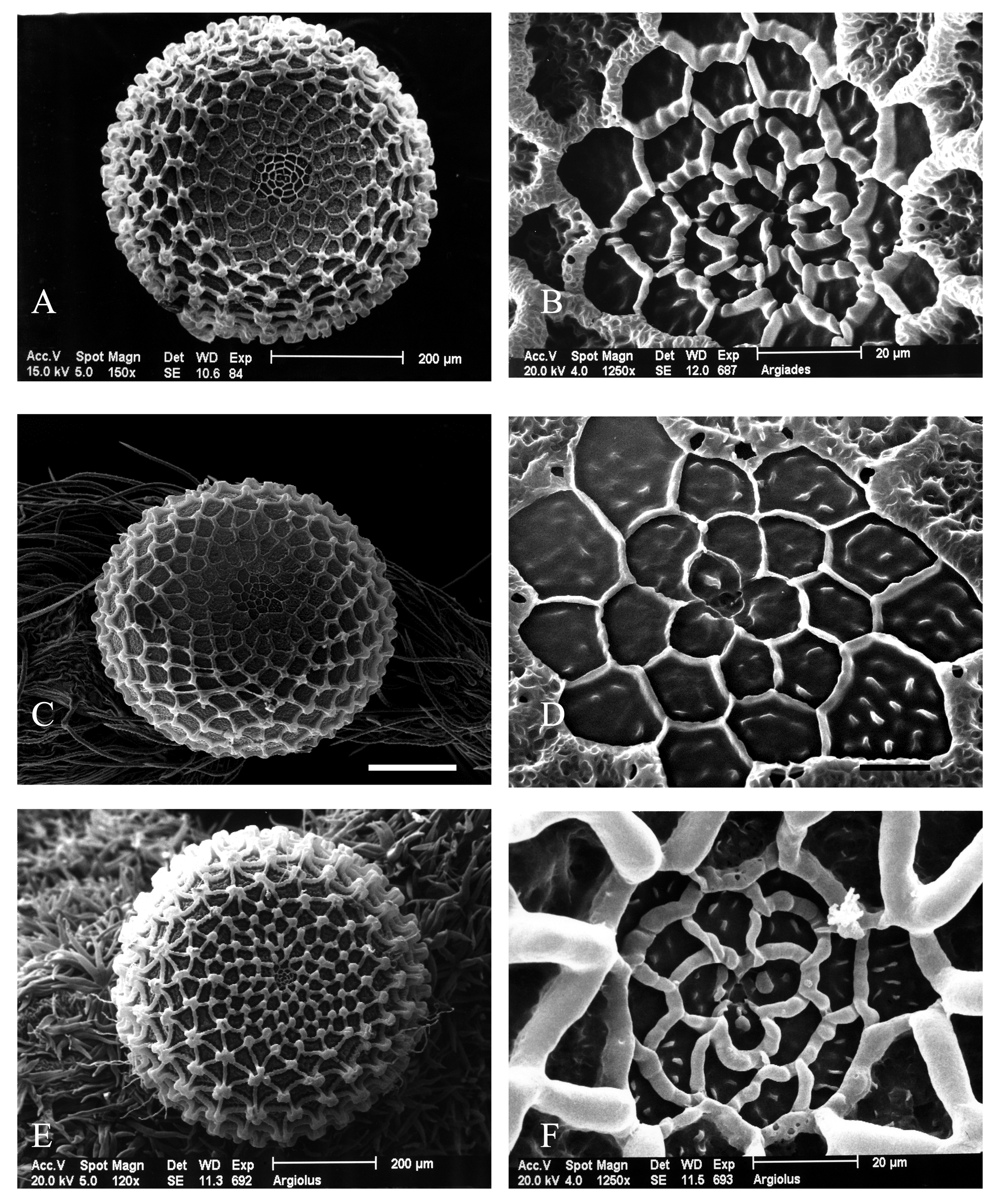