This genus has a very distinctive egg morphology pattern consisting on cells of crater like appearance and with hexagonal or rounded forms. The most distinctive species of the group is Lycaena helle (Denis & Schiffermüller)  ( Fig. 1View FIGURE 1 C, D) in which the micropyle is deeply-set within a cavity and the cell walls are extremely swollen, with a rounded appearance and scattered aeropyles. The other species also show annular areas in a depression formed by semicircular smooth walled profound cells and the micropylar rosette with three to five petals. Micropylar openings can be found in the centre of the rosette and can also be variable in number. In L. phlaeas (Linnaeus)  ( Fig. 1View FIGURE 1 A, B) the chorionic sculpturing is formed by large cells with star shaped outlines, each with five or six tips. Aeropyles can be found on the tips of the starred structures. The egg of L. bleusei (Oberthür)  ( Fig. 2View FIGURE 2 A, B) possesses large cells surrounding the annular depression, which have elevated walls at the points of intersection. It has fewer cells (less than 20 in polar view) in comparison to L. virgaureae (Linnaeus)  ( Fig. 2View FIGURE 2 C, D) and L. tityrus (Poda)  ( Fig. 1View FIGURE 1 E, F) (which have more than 20). L. bleusei  has also cell walls more prominent than the previously mentioned species and protruding pyramids arising from the cell intersections. On the other hand L. virgaureae  and L. tityrus  have eggs that are very similar in appearance. L. alciphron (Rottemburg)  ( Fig. 2View FIGURE 2 E, F) and L. hippothoe (Linnaeus)  ( Fig. 3View FIGURE 3 A, B) have cells of rounded outline and characteristic small depressions in the transition zone. These are five or six in L. hippothoe  and are larger than those of L.alciphron  . 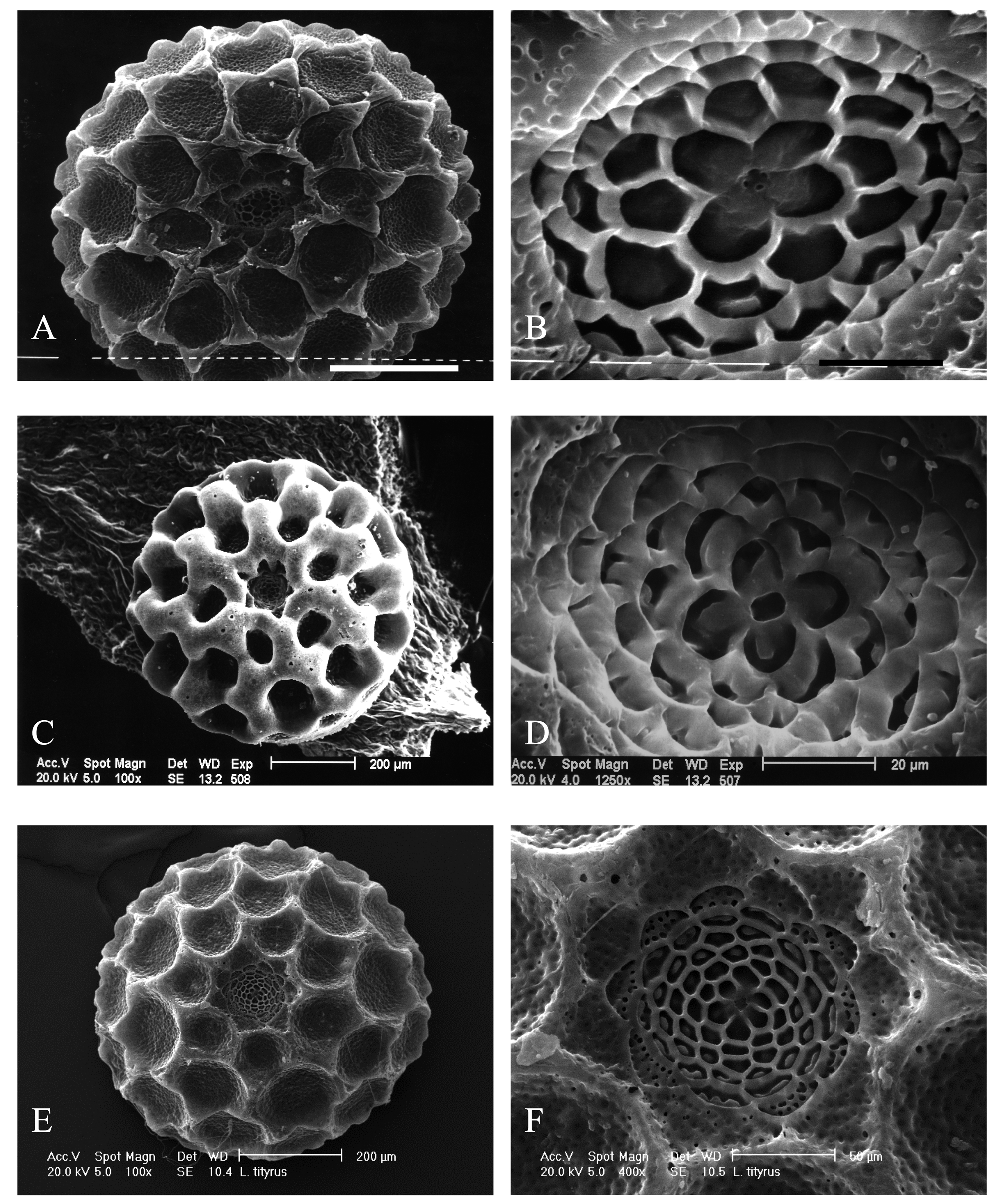 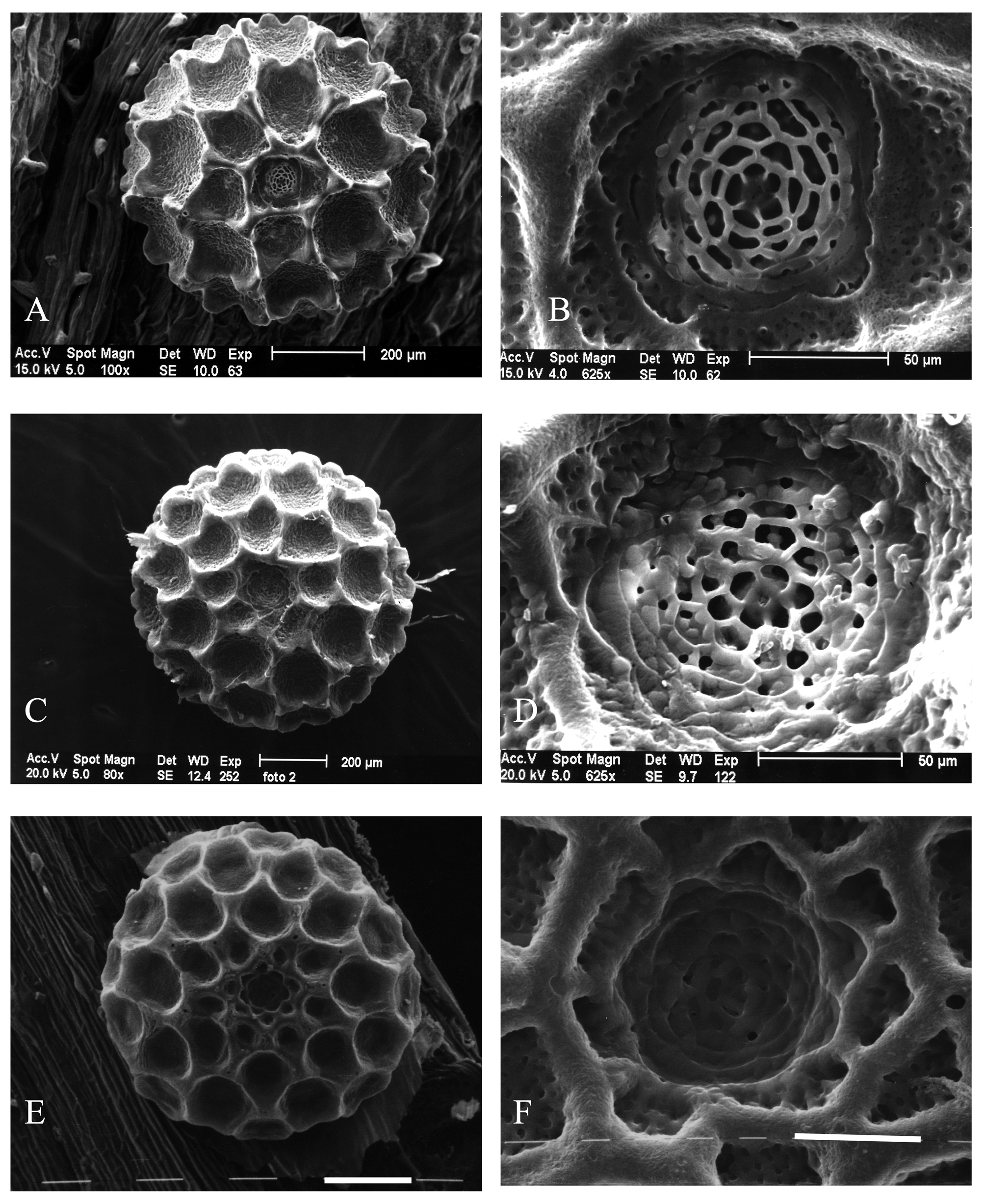