The annular area is reduced, the micropylar rosette formed by three petals and the transition zone made up of very small cells in the two species that are present in our area. In Glaucopsyche alexis (Poda)  the transition zone has abundant cells of an irregular profile that, in the equator, are almost the same size as the tubercles which are arranged in the intersections of the cell walls. The egg of G. melanops (Boisduval)  ( Fig. 12View FIGURE 12 C, D) is perhaps indistinguishable from that of G. a l e xi s except for the cells in the transition and the tubercle-aeropyle zones that are regularly triangular and the tubercles which are finer and smaller than the cells ( Fig. 12View FIGURE 12 A, B). The annular zone is also different between the two species, having only one speck per cell in G. alexis  and more than one in G. melanops  (Fig, 12 B, D). 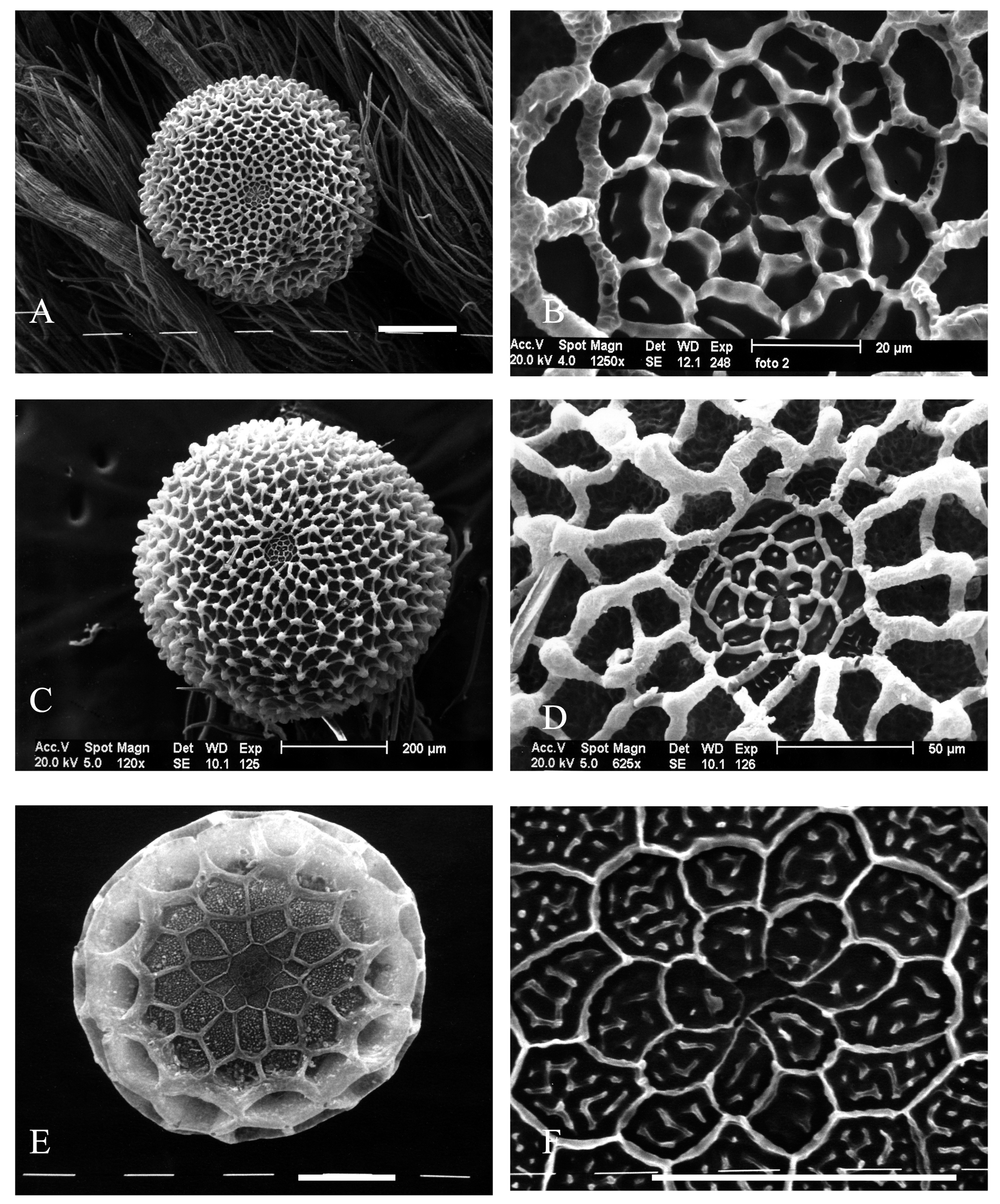