Type repository. Holotype and paratypes are preserved in the collection of Binda and Pilato in the Museum of the Department of Biological , Geological and Environmental Sciences ( Section of Animal Biology “ Marcello La Greca ” of the University of Catania, Italy).

Description of the holotype. Body 240 µm long, colourless, cuticle smooth, eye spots present in living specimens; bucco-pharyngeal apparatus ( Figs. 1 View FIGURE 1 A,B) of Mixibius   type; the rigid and narrow buccal tube is 28.4 µm long and 2.5 µm wide (pt = 8.8); the ventral lamina is absent; both the dorsal and ventral apophyses for the insertion of the stylet muscles hook-shaped, slightly asymmetrical with respect to the frontal plane ( Fig. 1 View FIGURE 1 B of a paratype, arrows a—ventral and b—dorsal): the dorsal apophysis is slightly more stumpy, with a blunt and swollen caudal apex. A short median cuticular thickening is present caudal to both these apophyses (the ventral less visible) ( Fig. 1 View FIGURE 1 B). The buccal armature is not clearly visible but teeth appear to be absent (unlike Acutuncus antarcticus   where well developed teeth are clearly visible). The stylet supports are inserted on the buccal tube at 67.8% of its length (pt = 67.8). Pharyngeal bulb with well-developed apophyses and two rod-shaped macroplacoids: microplacoid and septulum absent ( Fig. 1 View FIGURE 1 A). The first placoid, with a central narrowing, is 5.9 µm long (pt = 20.8), the second 5.4 µm (pt = 19.0) and the entire macroplacoid row 11.4 µm long (pt = 40.1).

The main branches of all claws have thin accessory points ( Fig. 1 View FIGURE 1 C, arrow); the basal extremity of the claws is slightly enlarged but lunules and other cuticular thickening on the legs are absent.

Etymology. The specific name felix   ( felix   = happy) expresses the “happiness” of the species for having been finally identified and described.

Remarks: The paratypes are similar to the holotype in both qualitative and quantitative characters ( Table 1).

The data for Mixibius pilatoi Wang, 2009   are from the original description of the species. 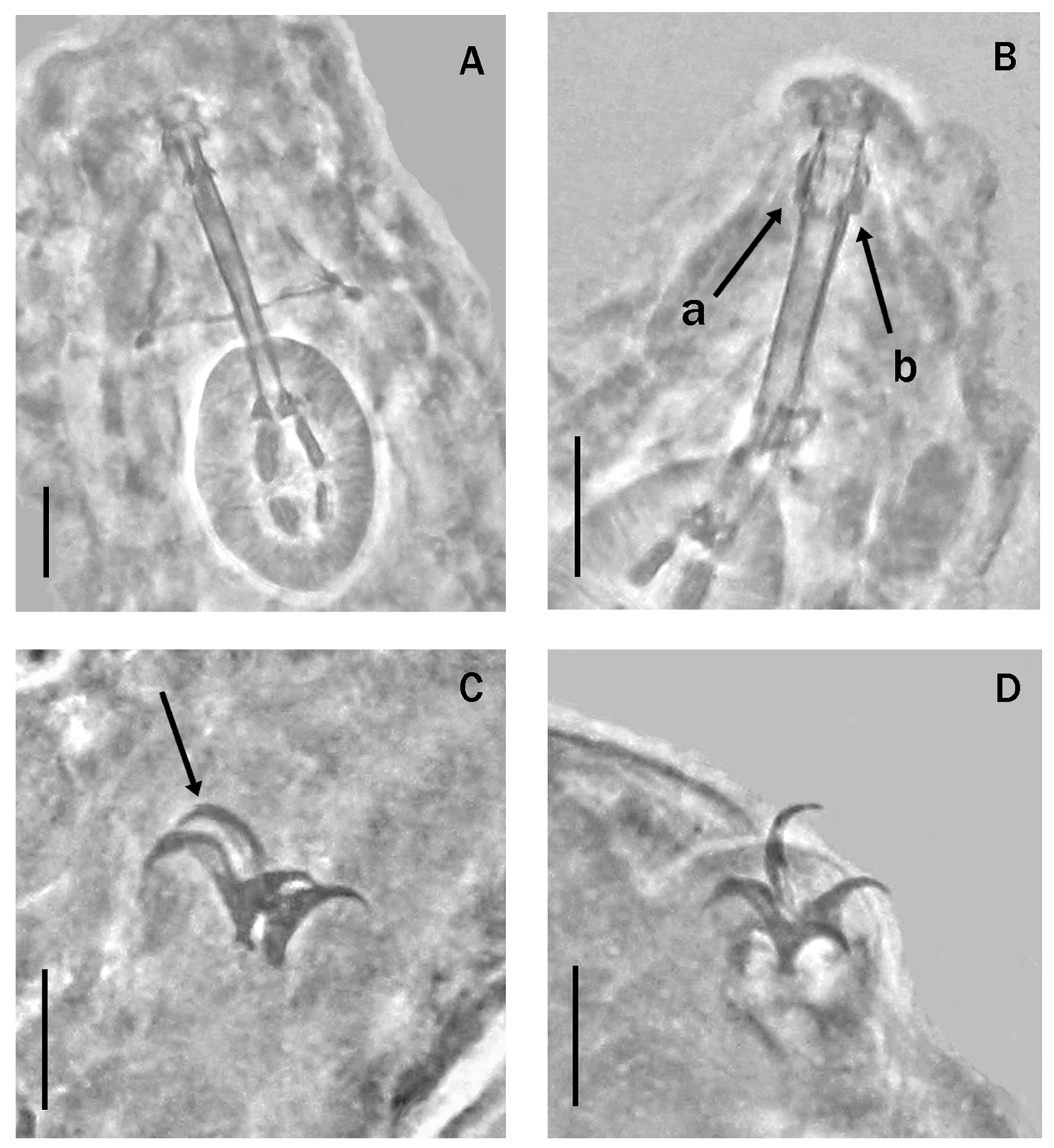 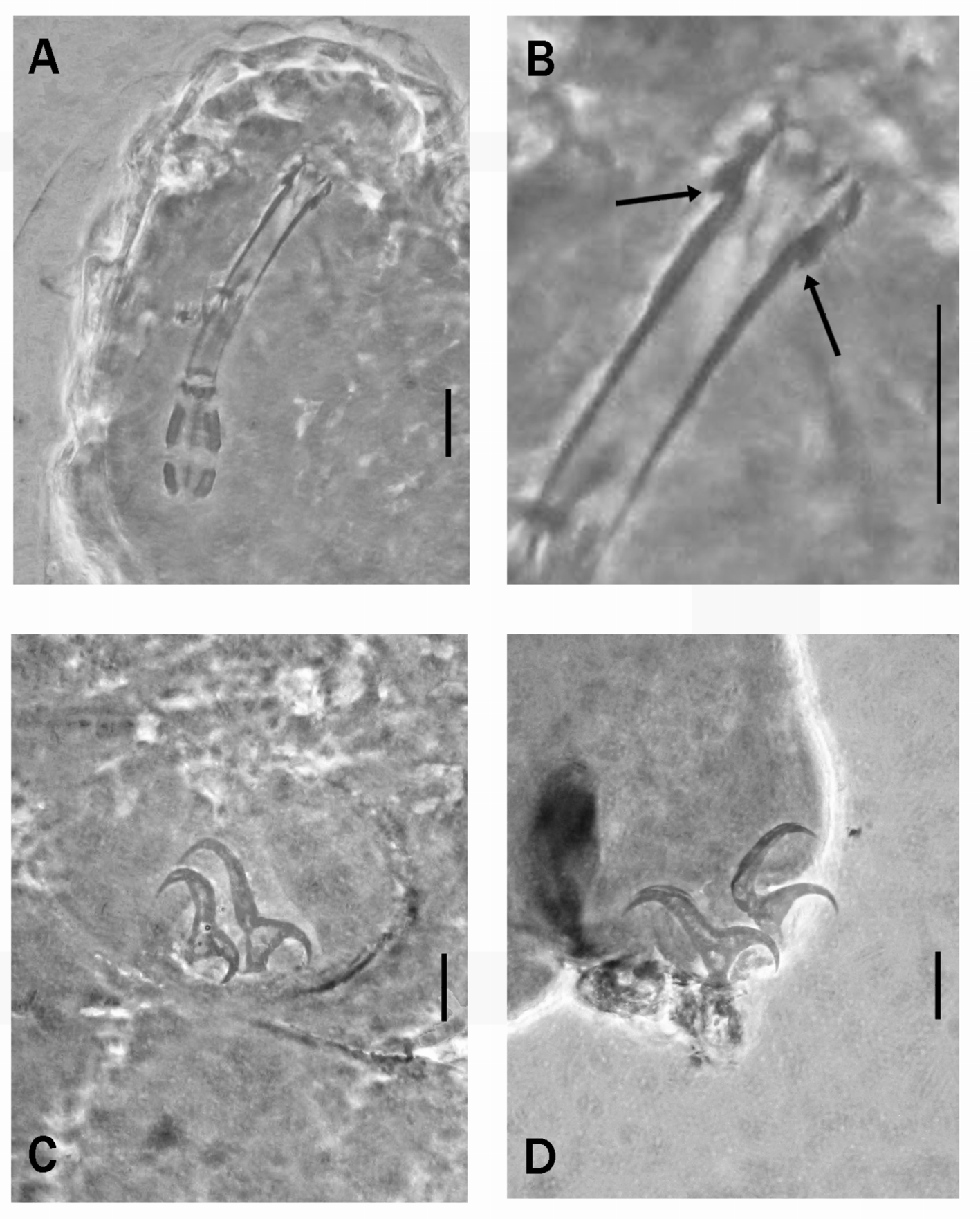 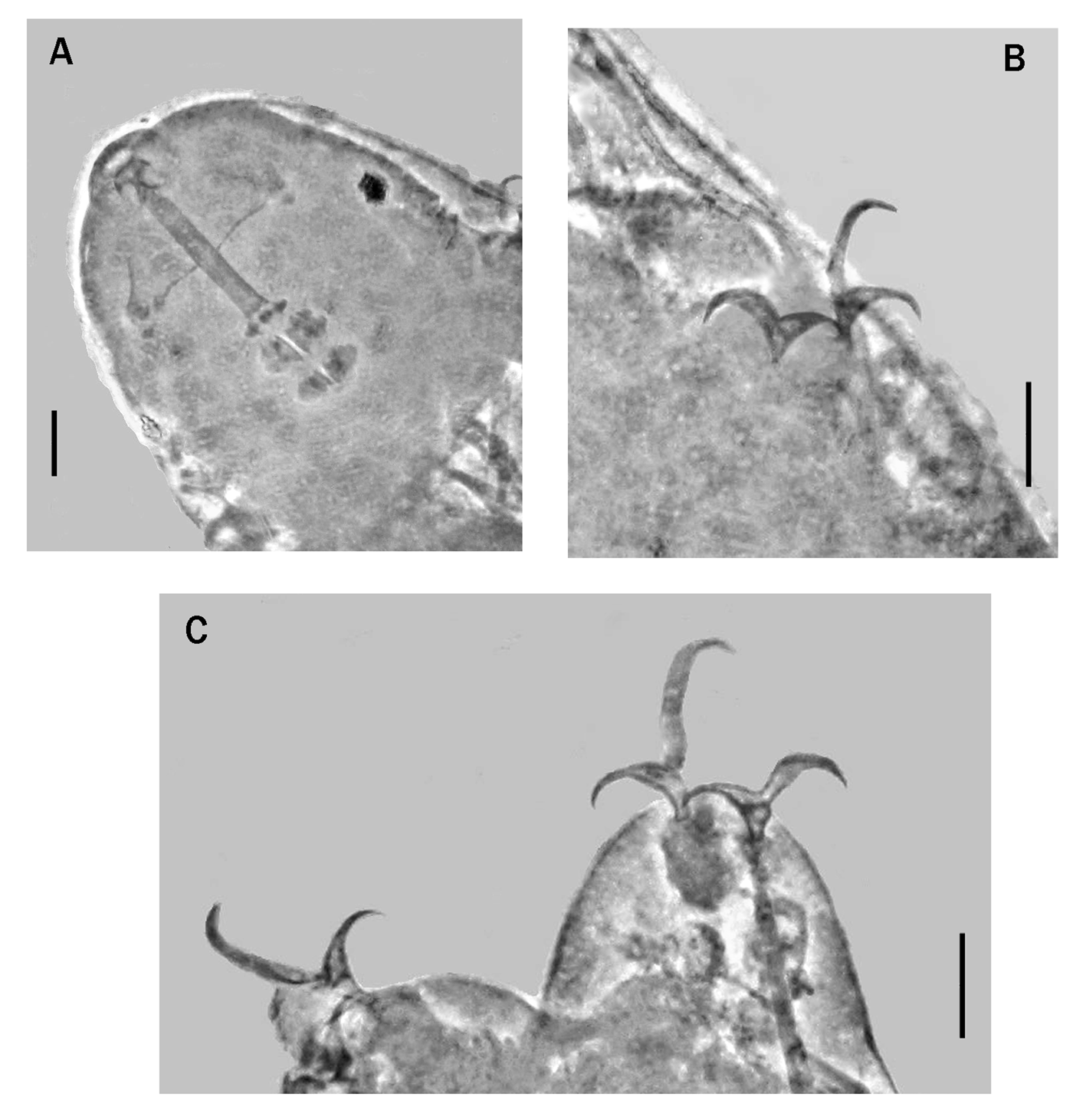 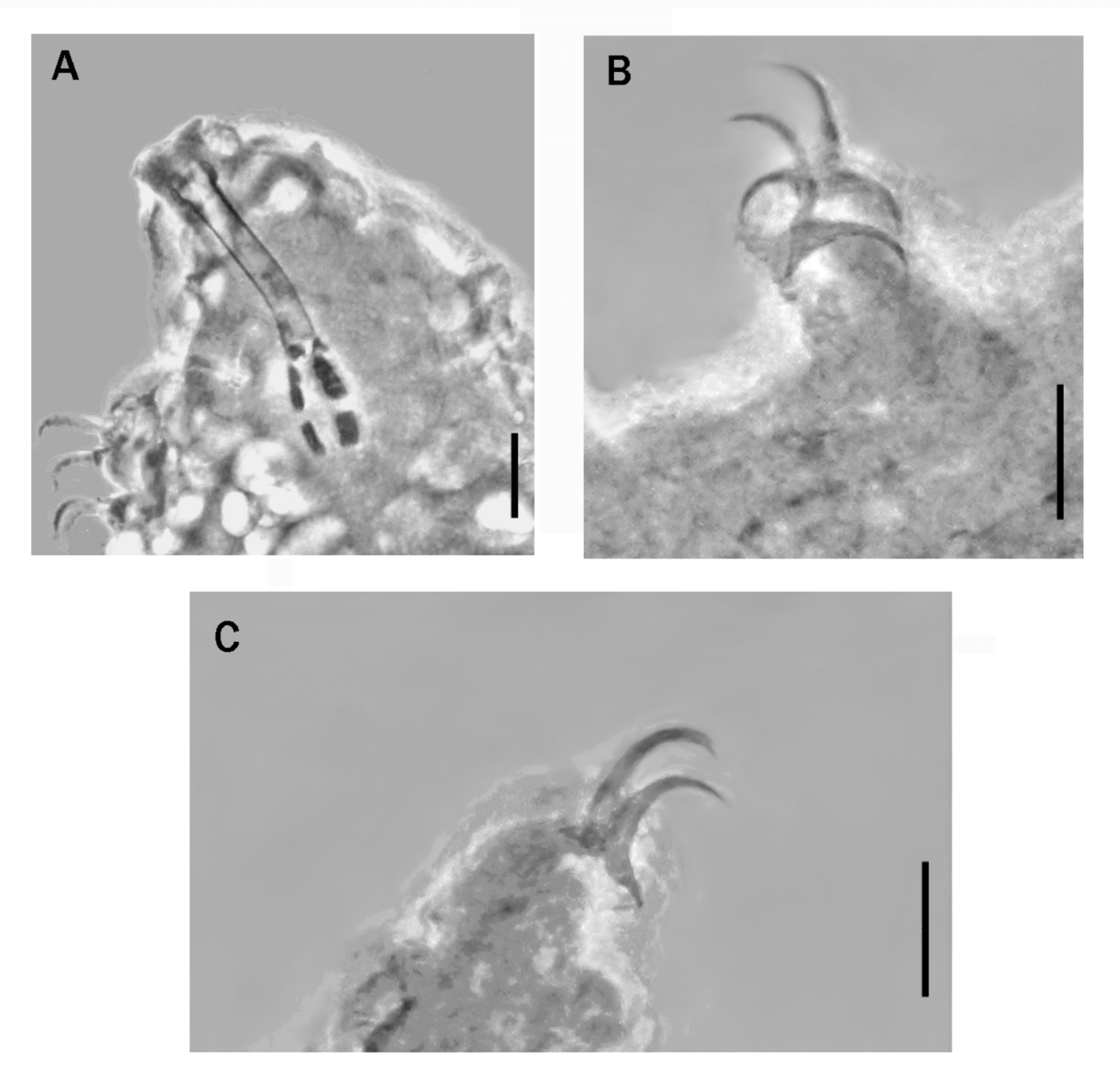