Differential diagnosis. With its wing length of 16.9 mm, the new species represents the largest Palaearctic Limonia . Two other Palaearctic species of the genus approach the size, viz. Limonia lindbergi Nielsen, 1962 (wing length 14–16 mm), of Afghanistan, and L. synempora Alexander, 1933 (wing length 15 mm), of China. These are considerably different in general appearance both from each other and from L. enormis sp. nov. Whereas the other species described in this paper all have the typical appearance of Limonia within the species groups adopted by SAVCHENKO (1985), L. enormis sp. nov. looks rather strange with its smoky greyish wing and diffuse wing pattern, with an unusual streak along the distal anterior margin. Although L. lindbergi has only a single spot on the wing (over R2), (having been compared with L. macrostigma (Schummel, 1829) in the original description) its male terminalia, as far as they were adequately illustrated (cf. NIELSEN 1962: Fig. 2 View Figs 1–4. 1–2 ), show some similarities with L. enormis sp. nov., such as a lentil-shaped tergite 9 and a powerful aedeagus.

Etymology. The new species is named enormis after its enormous body size. An adjective in nominative singular. 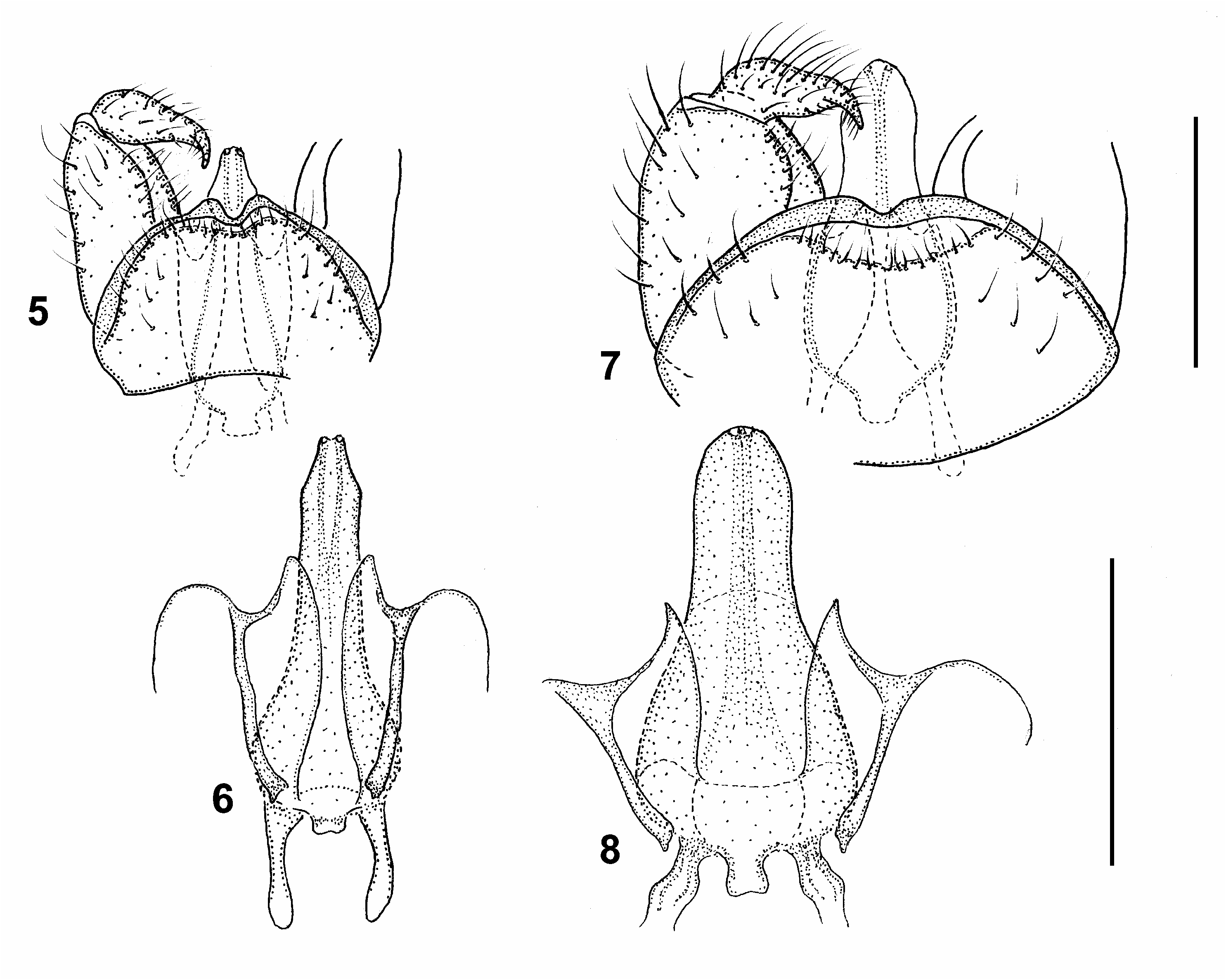 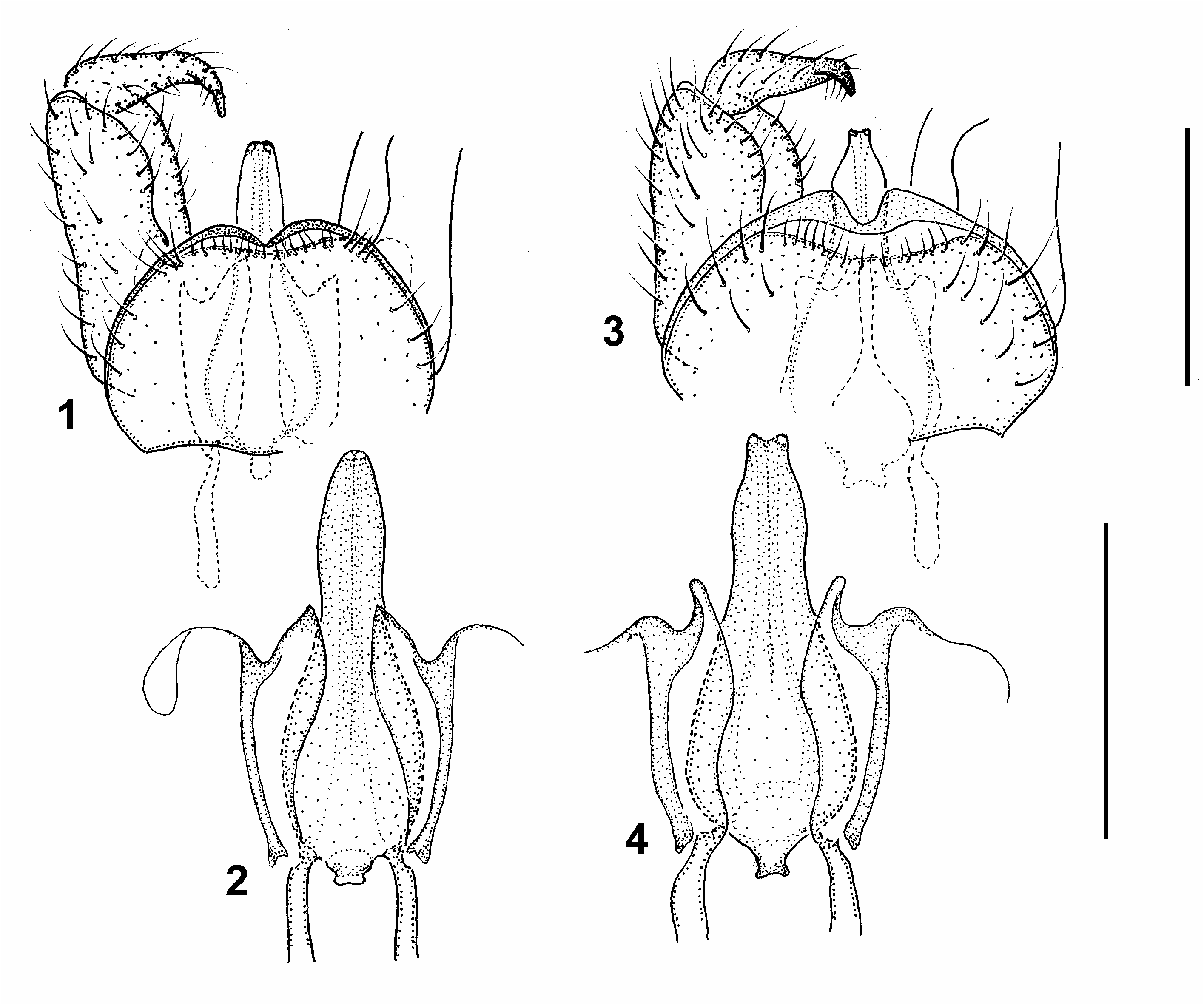