Microstylum   Macquart, 1838, with 90 catalogued Afrotropical species, 79 listed as valid and 11 as synonyms ( Oldroyd 1980), is in great need of modern revision. Oldroyd (1980) lists 39 species as occurring in South Africa alone and so a revision of these large and impressive flies is seen as a high priority. In the absence of any modern keys, no specific name can even be suggested for the species encountered at Jacana. A very similar looking species was collected during a grassland survey undertaken at Queen Elizabeth Park in Pietermaritzburg ( Londt 2002b).

Adults of this summer active species were encountered in large numbers from week 45 through to week 48 when numbers declined. The species was ‘uncommon’ in week 52, the last week of the survey, with only a single specimen being seen and captured.

This large, almost entirely black species was invariably seen flying strongly over the vegetation, mainly in the lower field. Although a number of mating pairs were encountered, none were observed feeding. The species appears to be best accommodated within Londt’s (1994) ecological category 4b (grass tips). 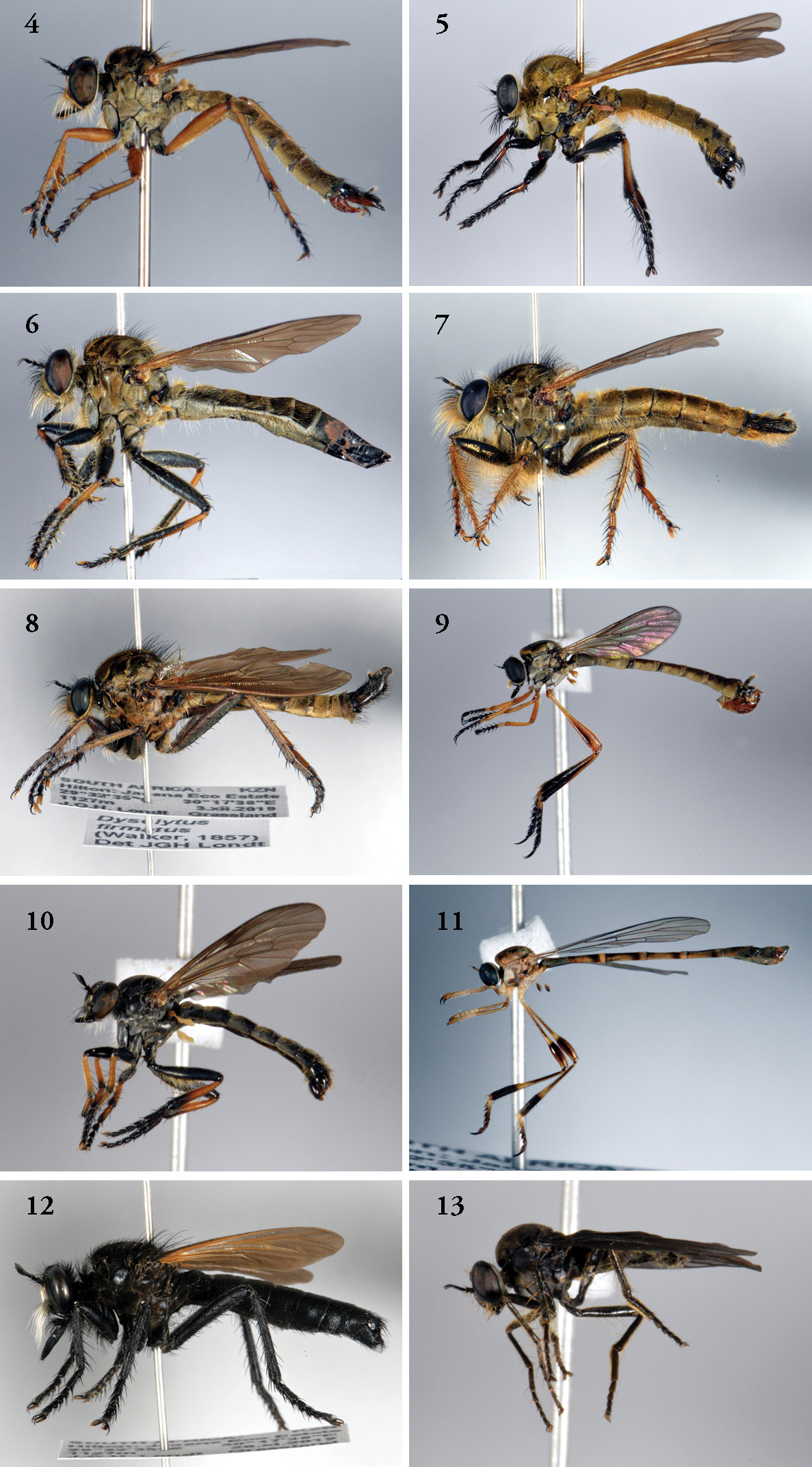