OTHER ASPHONDYLIA SPECIES   ON GOLDENRODS

Aggregate bud galls that resemble those of A. monacha   on S. juncea   and S. erecta   are known from several other goldenrod species, including S. patula   , S. odora   , and an undetermined Solidago species   from Florida, based on material in the National Museum of Natural History, Washington, D.C. (USNM). Populations that are associated with S. sempervirens   in Maine and Massachusetts ( Fig. 5 View Figures 1–6 ), and with S. bicolor   in Virginia ( Fig. 6 View Figures 1–6 ), were studied in detail in the present work, and al- though we did not find morphological differences between them and A. monacha   , our molecular analysis suggests that they belong to at least two undescribed species. These species are not described here because additional molecular data are needed in order to determine their boundaries and host associations. Their galls are locally common and appear similar in structure to those of A. monacha   , although some galls on S. sempervirens   develop in lateral rather than apical buds (C. Eiseman, pers. comm.). Galls are composed of numerous individual units, each with a single central chamber surrounded by several short leaves that are aggregated together to form a spherical structure on apical buds. Adult midges emerged from S. sempervirens   from mid-August to mid-September, and from S. bicolor   from early September to mid-October. Like other Asphondylia   galls from goldenrods, these are also commonly attacked by the inquiline Youngomyia podophyllae   and by several parasitoid Hymenoptera   species. One individual from a rosette gall on S. uliginosa   is also included in the sempervirens   / bicolor   clade, whereas another individual from this host grouped with A. monacha   , suggesting that S. uliginosa   is used by two different species.

Leaf snap galls were observed once during this study on S. nemoralis   , but we were unable to rear adults from them or to characterize them with molecular tools. Similar galls may be found on other Solidago   hosts but the identity of the species that induce them requires further study. Similarly, small rosette galls that resemble those of A. rosulata   sp. nov. were observed by R.J. Gagné (pers. comm.) on Solidago tortifolia Elliott, 1823   in Maryland in late October, but the identity of the gall inducer is currently unknown.

Asphondylia johnsoni Felt (1908)   has been described from an unknown species of Solidago   and an unknown gall collected in Lansdowne, PA, USA, and is separated from A. monacha   based on differences in adult colour, which is hardly a reliable character. The type we examined and Felt’s more detailed description of the male and pupa do not offer conclusive taxonomic information ( Felt, 1916). Without a known host and gall, it is impossible to determine whether A. johnsoni   is a distinct species or to verify its identity through future collections. We therefore assign this species to nomina dubia. 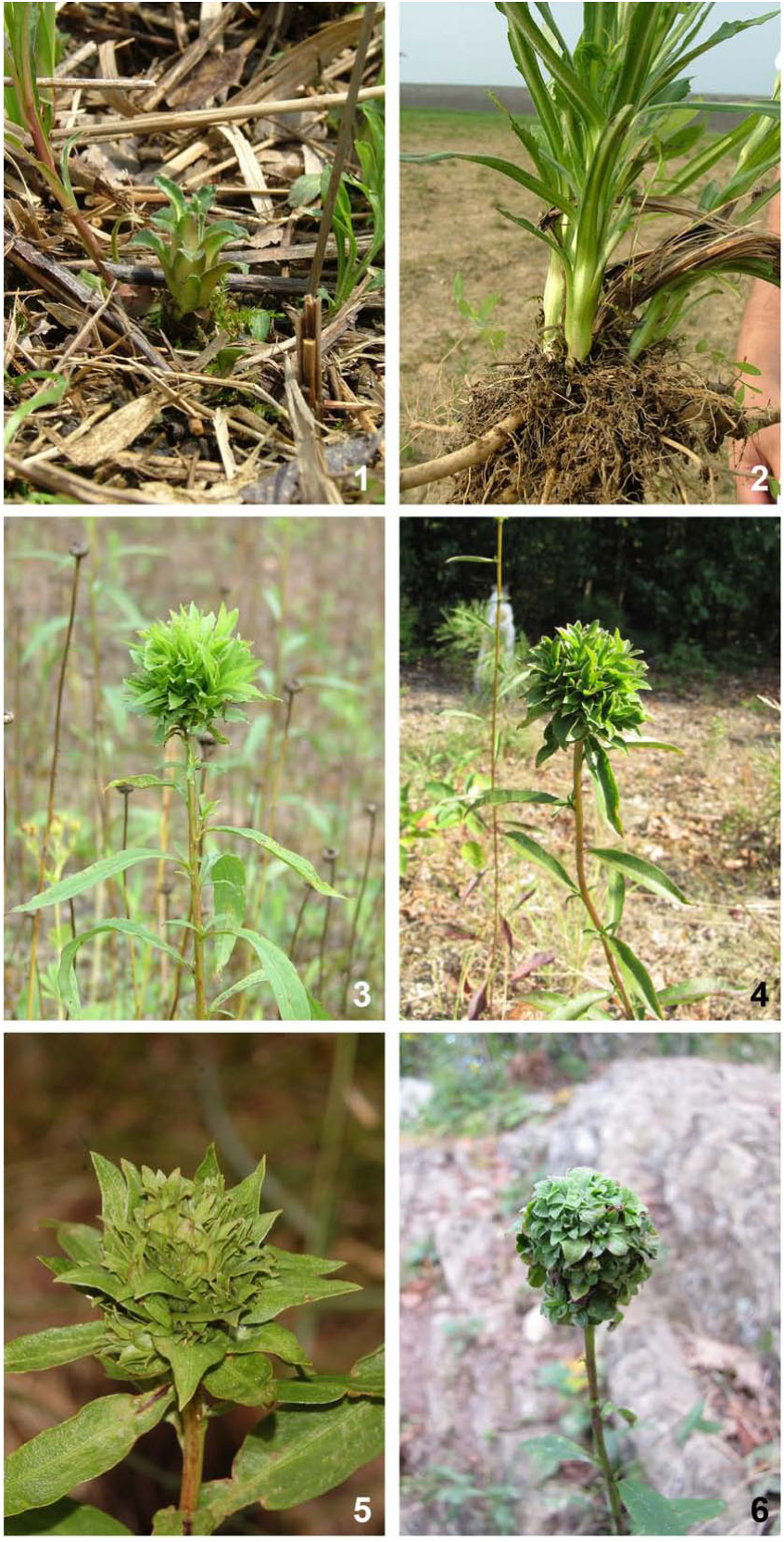