Moghaddam, Masumeh, 2013, A review of the mealybugs (Hemiptera: Coccoidea: Pseudococcidae, Putoidae and Rhizoecidae) of Iran, with descriptions of four new species and three new records for the Iranian fauna, Zootaxa 3632 (1), pp. 1-107: 92-94

COMMENTS. No material of V. amaryllidis  has been available for study in HMIM. Kozár et al. (1996) mentioned this mealybug without any date or locality. In the more temperate areas of the world, this species often causes concern in greenhouses on Liliaceae  , Iridaceae  and Agavaceae (Ben-Dov et al. 2012)  .

The accompanying illustration and diagnosis are used from McKenzie (1967). 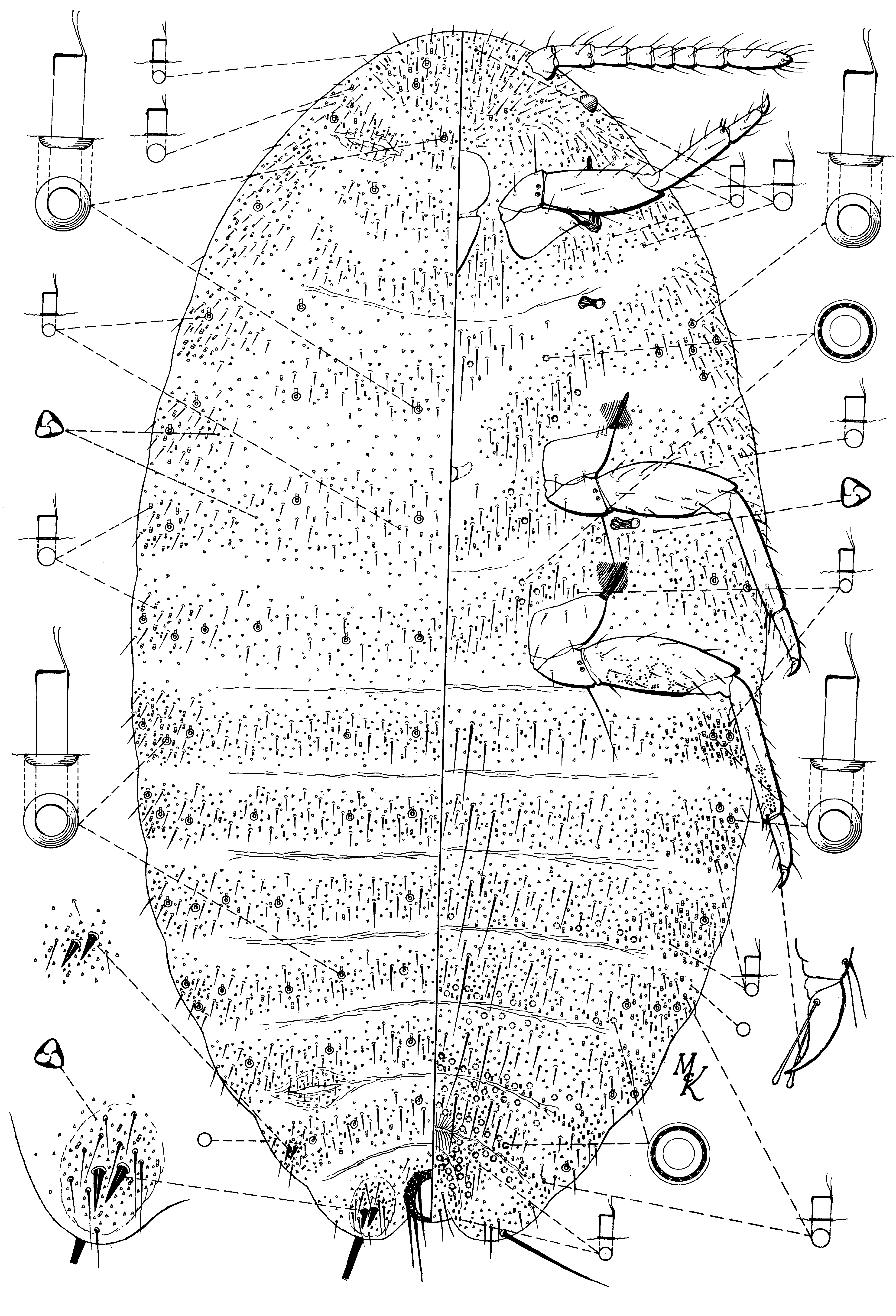