Remarks. The description of L. rauli  sp. nov. is based on a single specimen. This new species can be easily distinguished from all other species of Lysmata  from Brazil and the western Atlantic by the combination of the following features: presence of a rudimentary accessory branch in the lateral antennular flagellum; presence of a well developed pterygostomial tooth and the reduced number of carpal segments (15) in the second pereiopods. At this time, the relationship of L. rauli  sp. nov. to other lineages (see Baeza et al. 2009) of Lysmata  without a well developed accessory branch remains obscure. The small number of carpal segments and the presence of a pterygostomial tooth are unusual for species lacking a well developed accessory branch. 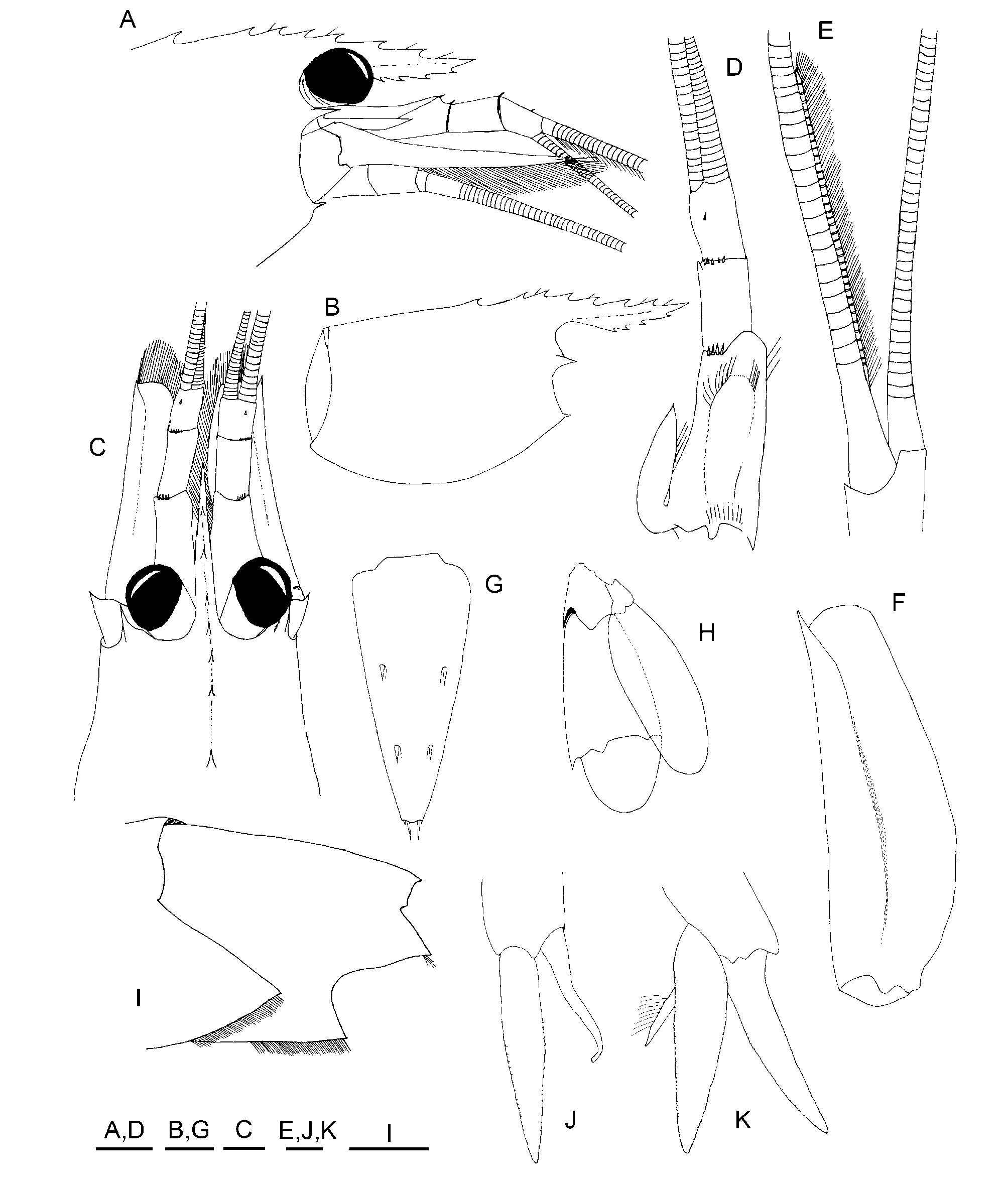 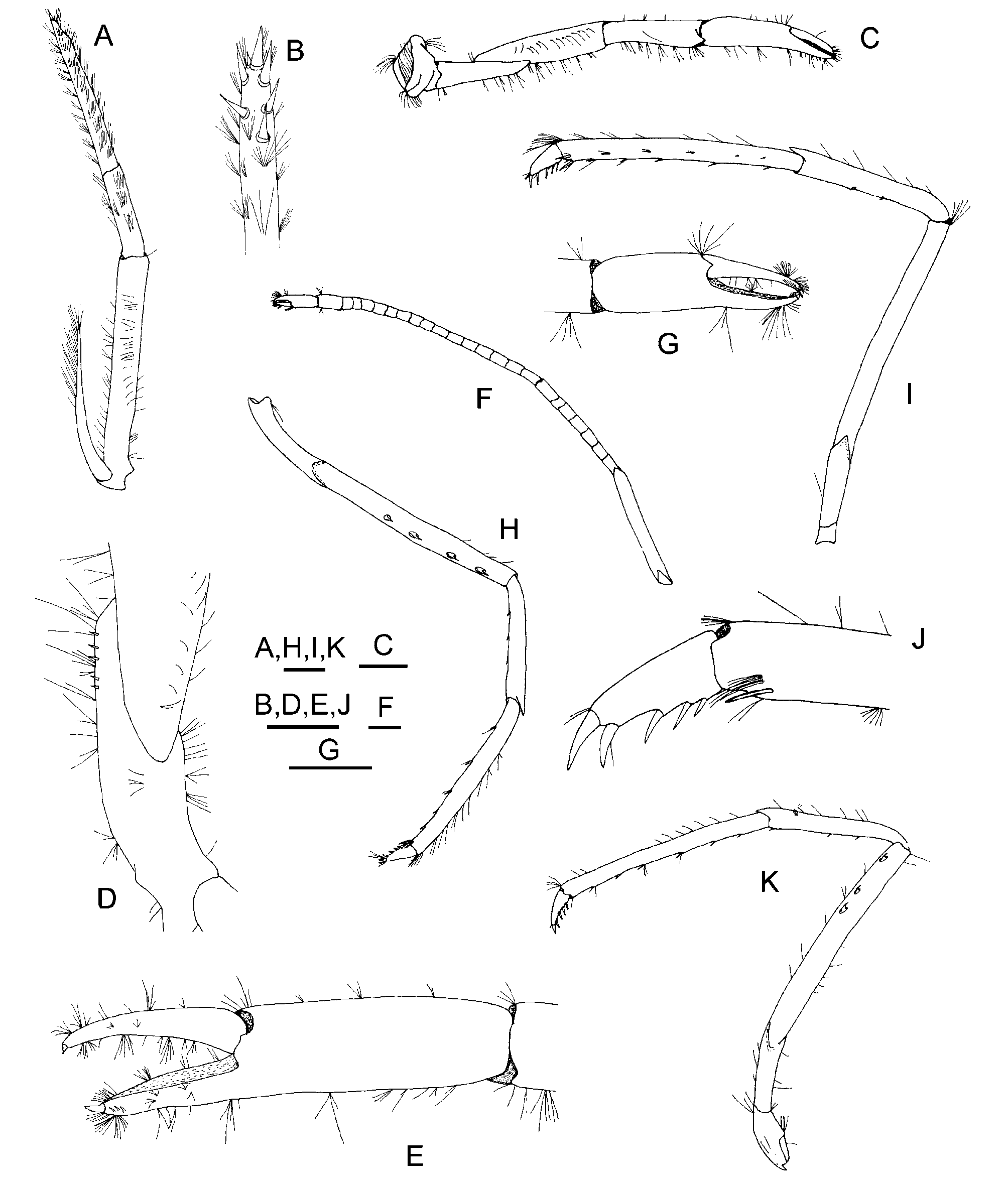