The name indicates the Mascarenes, terra typica of the new species. Adjective in the nominative singular.

Ventral cuticle with a pronounced species-specific pattern reaching the lateroventral sides of the body (Figs 12A View Figure 12 , 13 View Figure 13 , 14 View Figure 14 , 15B View Figure 15 ), being a typical reticulum composed of belts of pillars. The pattern is relatively stable and well developed in the majority of individuals. The subcephalic zone with a wide belt of pillars. No epicuticular thickenings. Sexpartite gonopore located anterior to legs IV and a trilobed anus between legs IV.

Eggs. One egg per exuviae was found in few examined exuviae.

The species must be compared to other members of Meridioniscus   with no projections on the pseudosegmental plate IV’ or with rudimentarily developed projections. Pseudechiniscus mascarenensis   sp. nov. is differentiated from:

Moreover, only the ventral sculpturing pattern of P. santomensis   resembles that of P. mascarenensis   sp. nov.; the remaining species have a very different ventral arrangement of pillars. Pseudechiniscus juanitae   de Barros, 1939 should be treated as unidentifiable due to the lack of knowledge on its morphology ( Grobys et al. 2020), although one attempt was made to characterise this species based on individuals from Central America ( Pilato and Lisi 2006; Tumanov 2020), whereas its locus typicus lies in Brazil. Consequently, it is not included within the differential diagnosis. 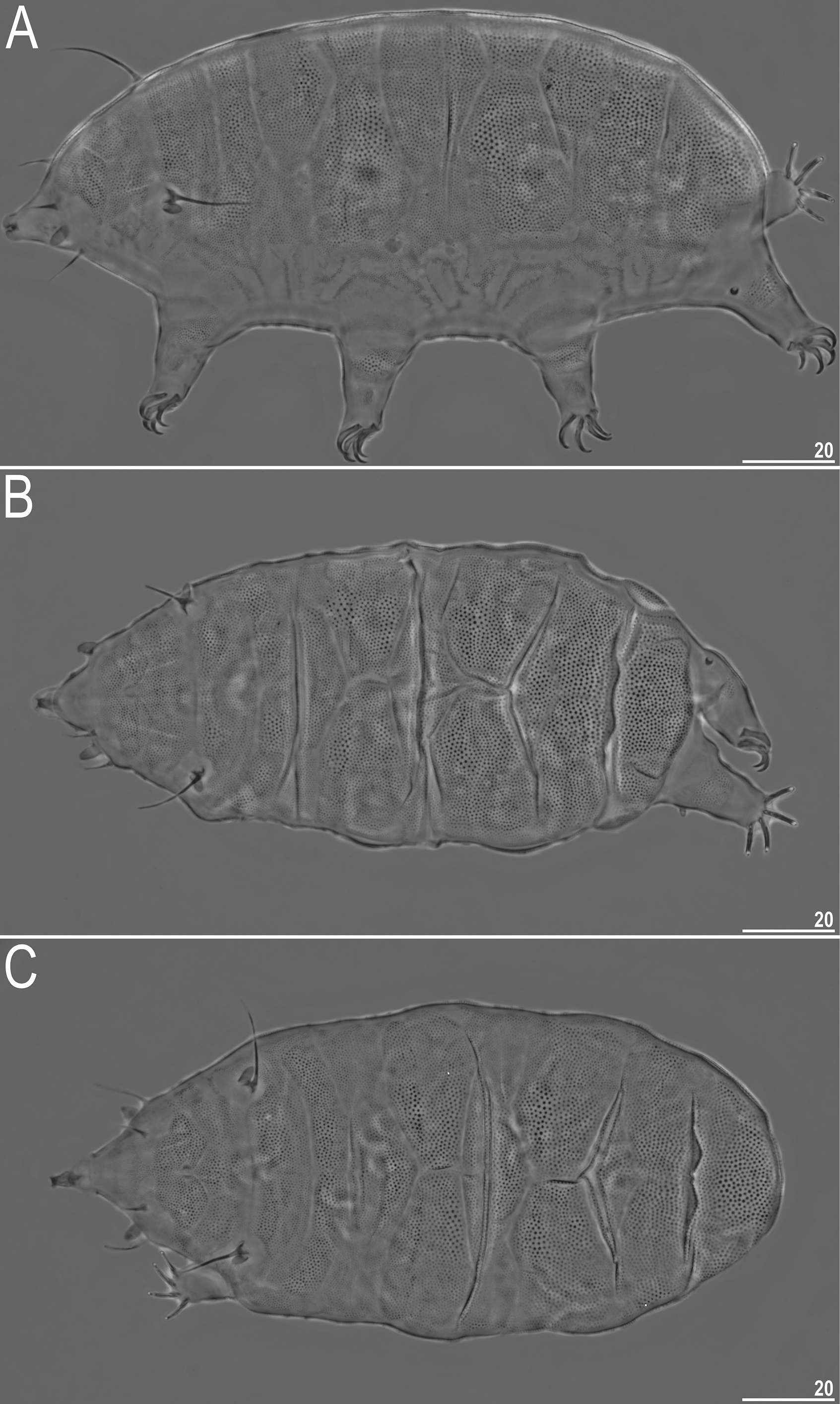 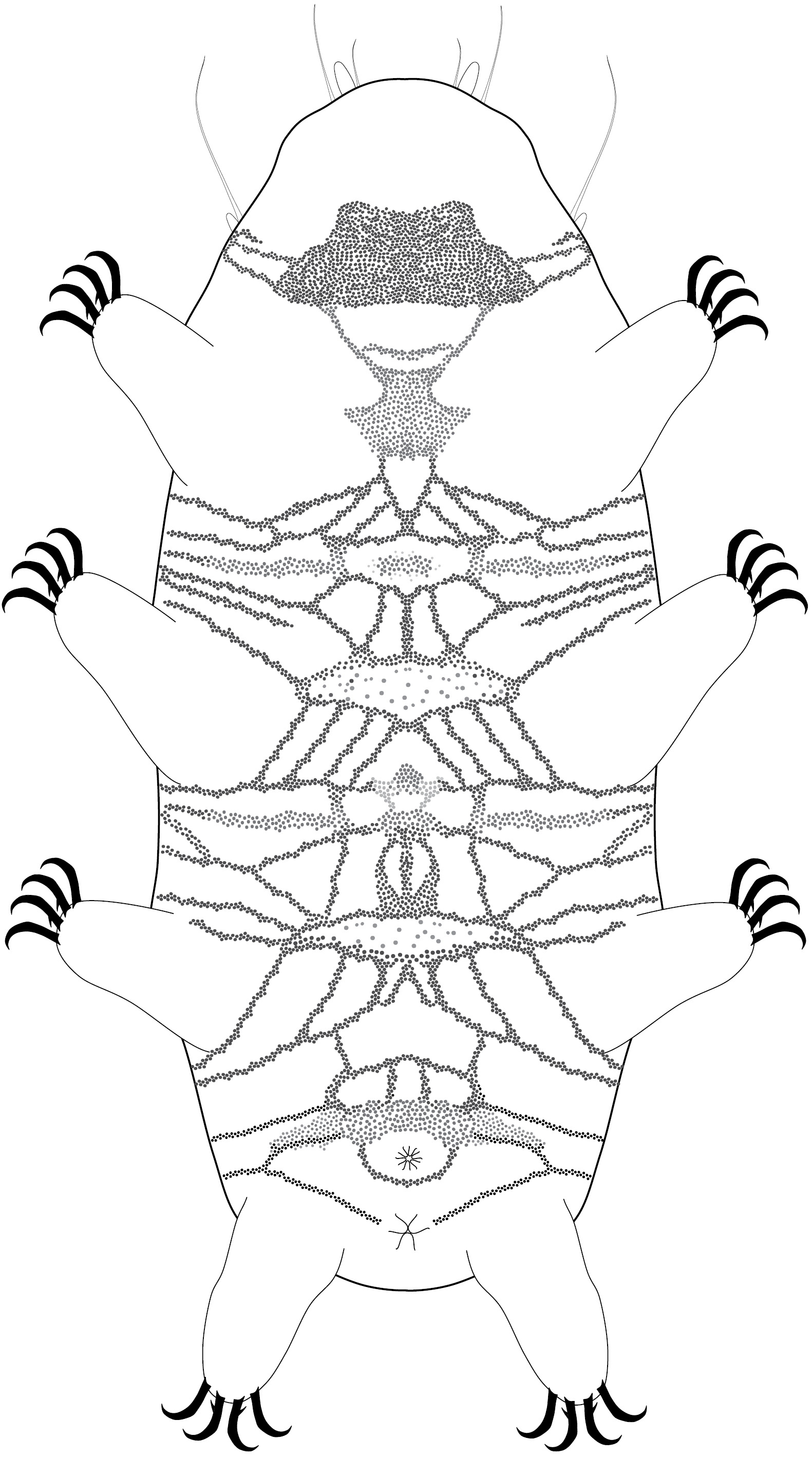 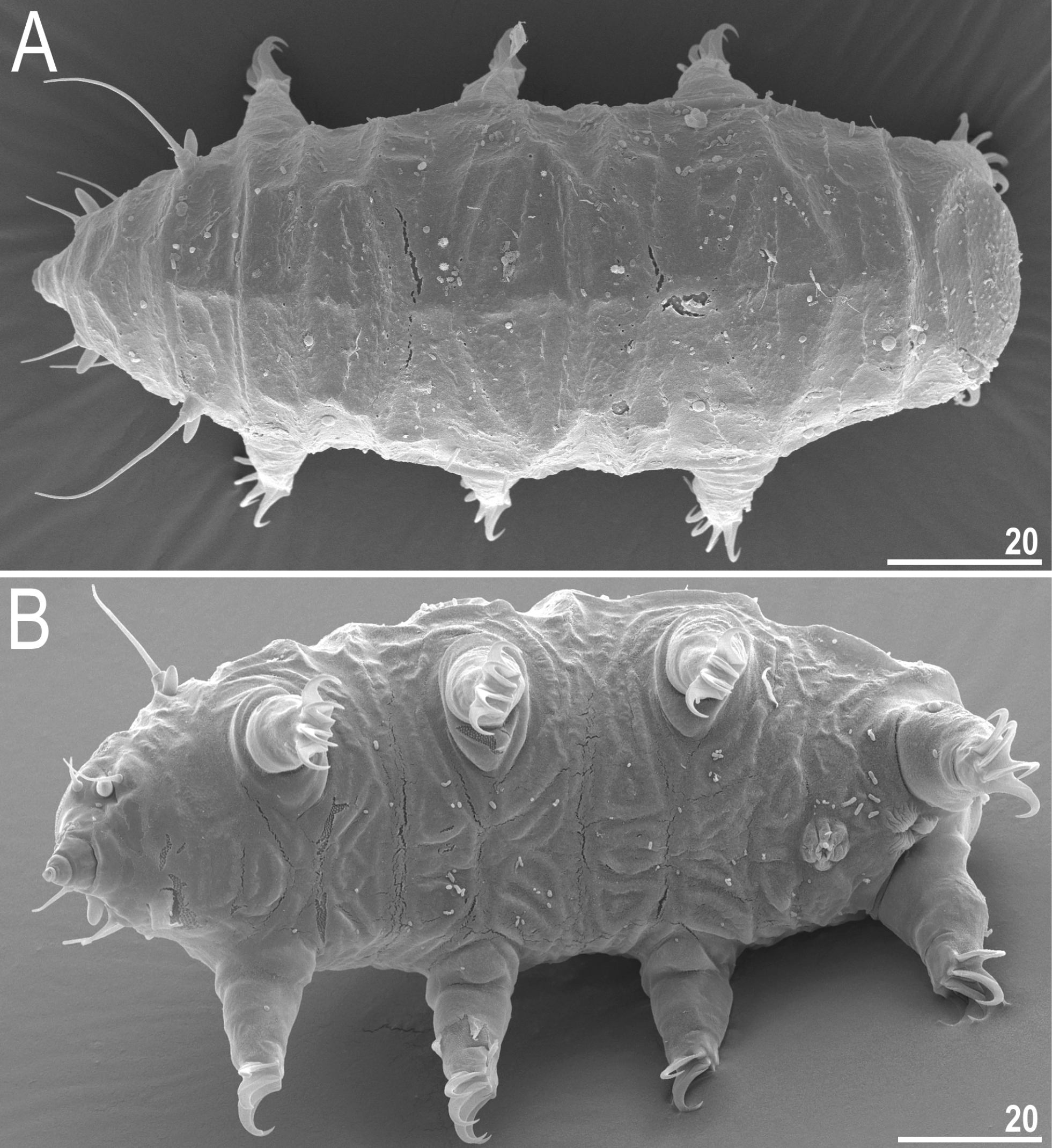 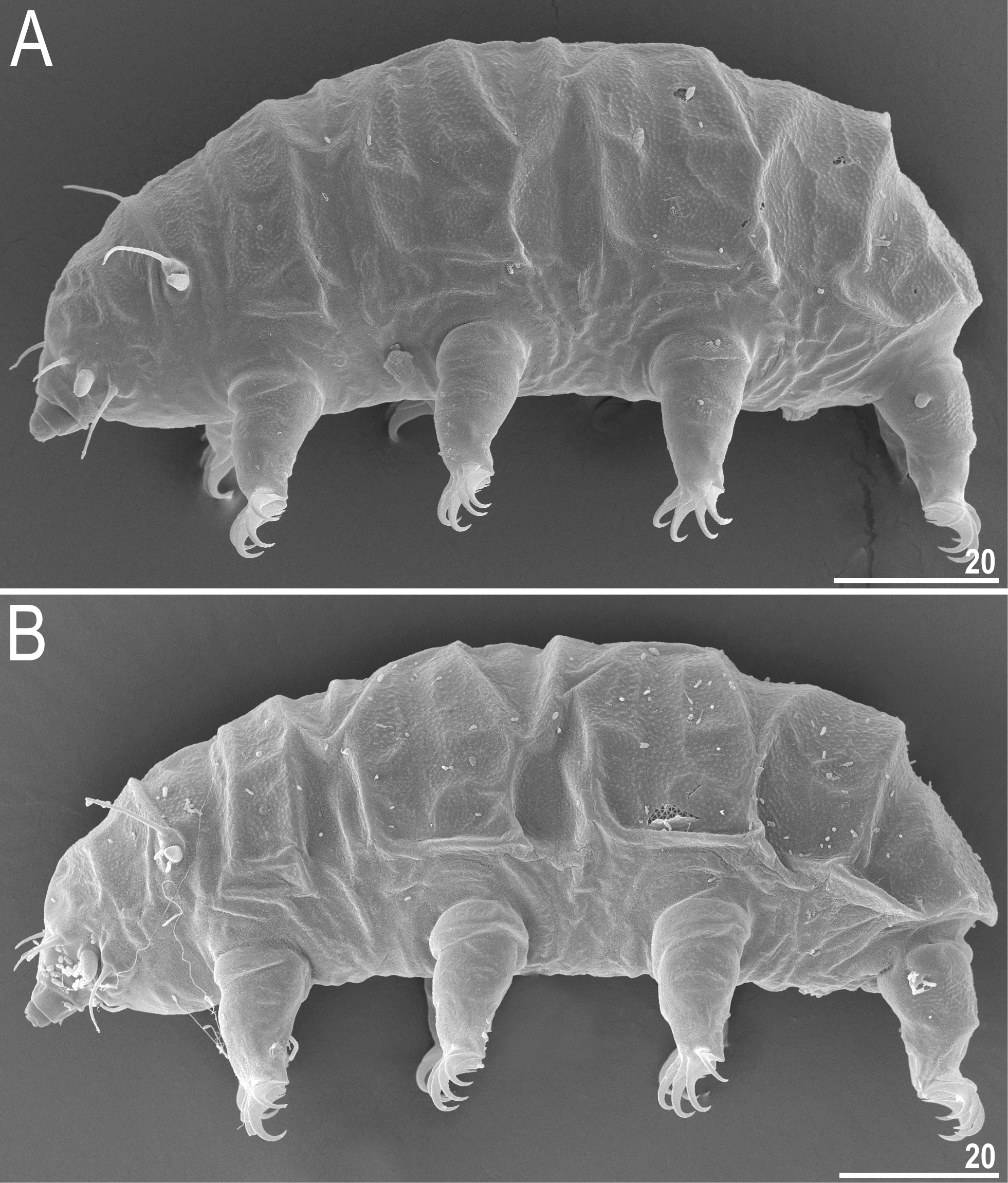 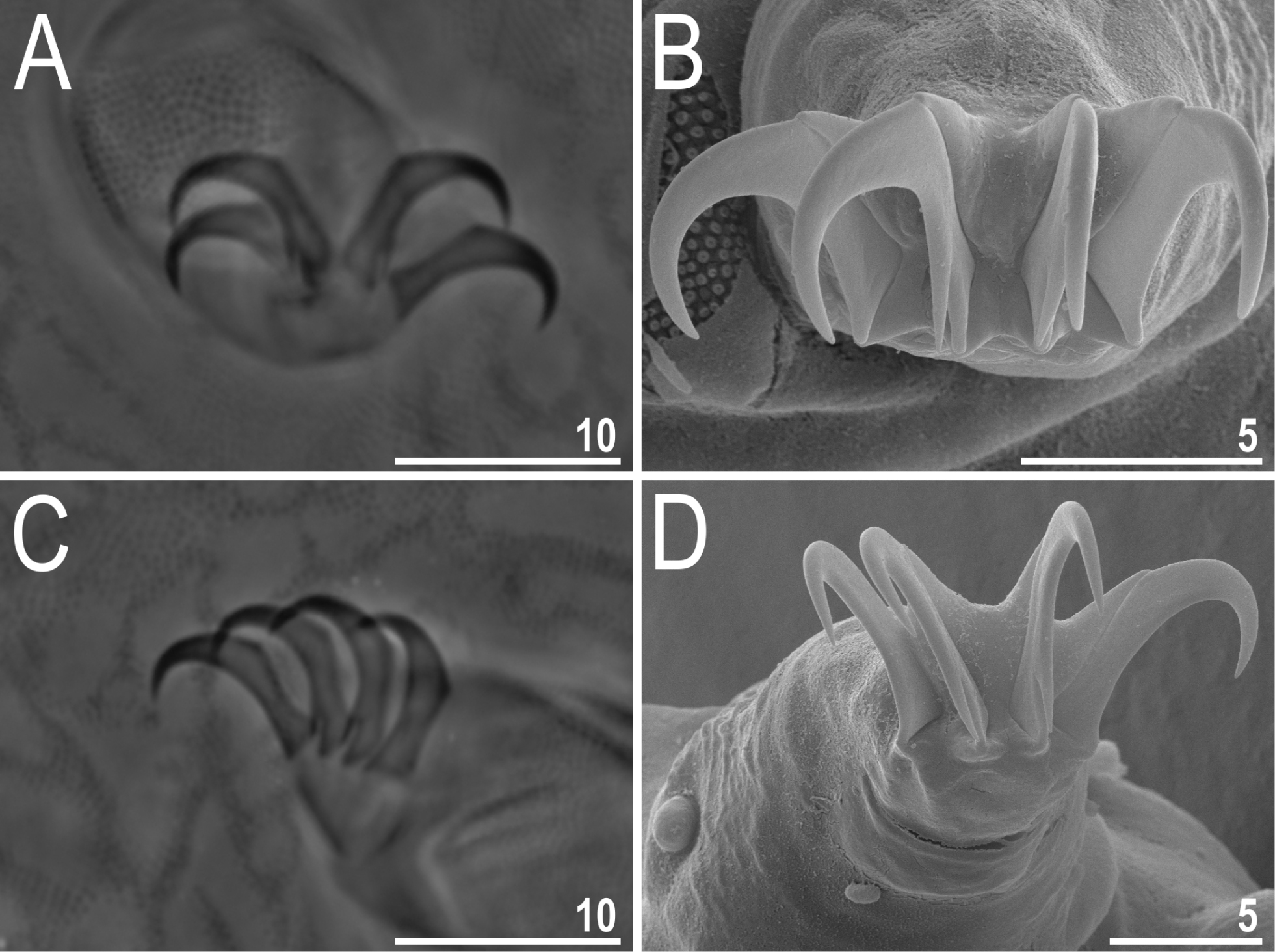