2n = 30; bisexual reproduction with a Lecanoid heterochromatinization of paternal chromosomes in male embryos; complete ovoviviparity. Female reproductive system is similar to that of other studied mealybugs, i.e. with numerous ovarioles located on the paired oviducts, accessory glands attached to the proximal part of the common oviduct, and a spermatheca located at the same place as accessory glands (Fig. 2 View Figure 2 )

Special study of cytogenetics and reproductive biology of the genus Antonina Signoret, 1875 and other "legless mealybugs" was done recently ( Gavrilov-Zimin 2016). Nine species from 3 genera of legless mealybugs were considered in that paper based on original and literature data and a significant variation of chromosome number was shown: 2n = 10, 12, 16, 20, 22+ Bs, 24, 24 + Bs, and 30. Antonina parazonata   , studied here showed 2n = 30 as a species from the related monotypic genus Komodesia   Gavrilov, 2016, namely, Komodesia circuliplurima   Gavrilov, 2016. For the genus Antonina, such a high chromosome number was revealed for the first time.

A. parazonata   was previously known from the type localities in India only. It is the first record of this species for Thailand. 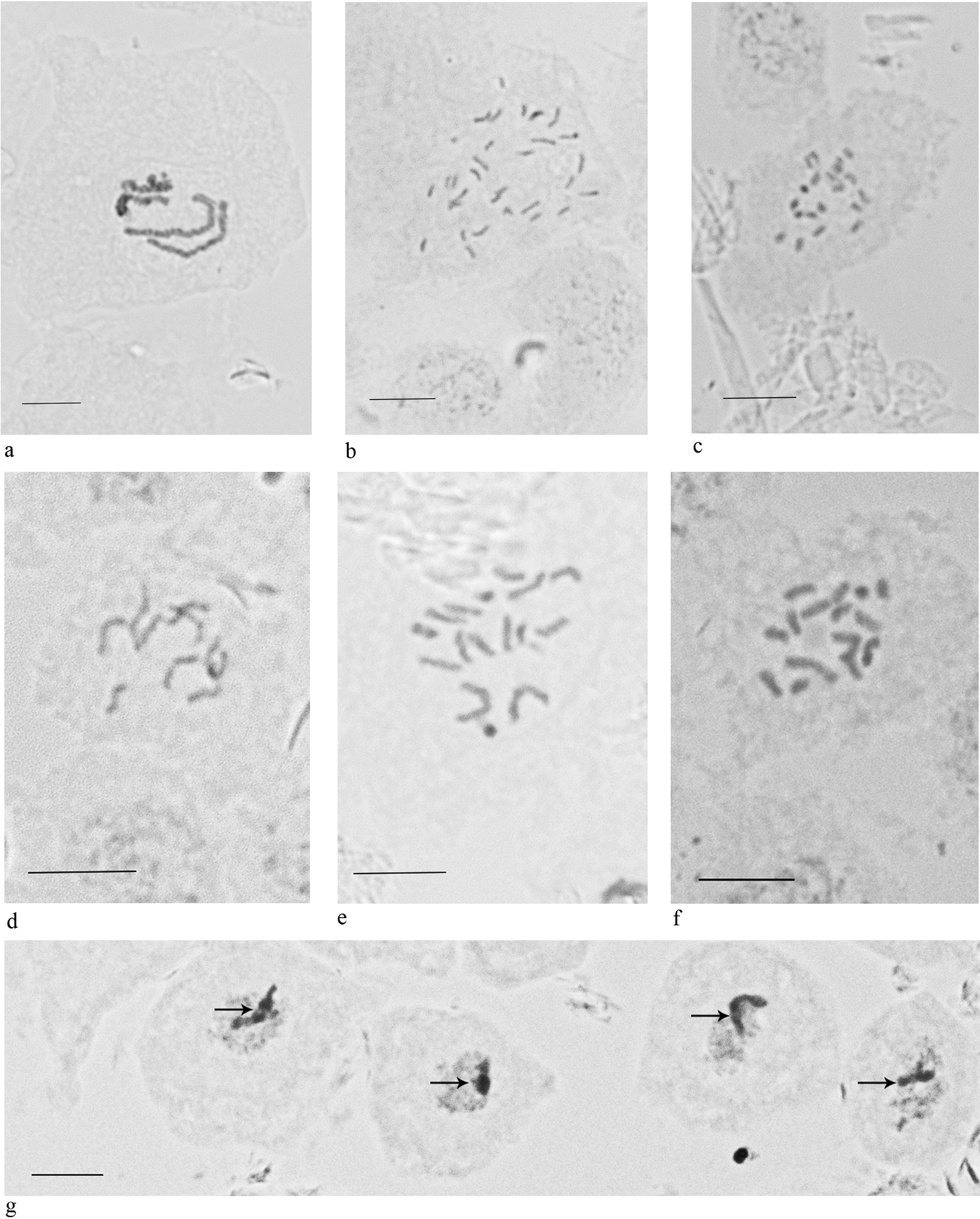 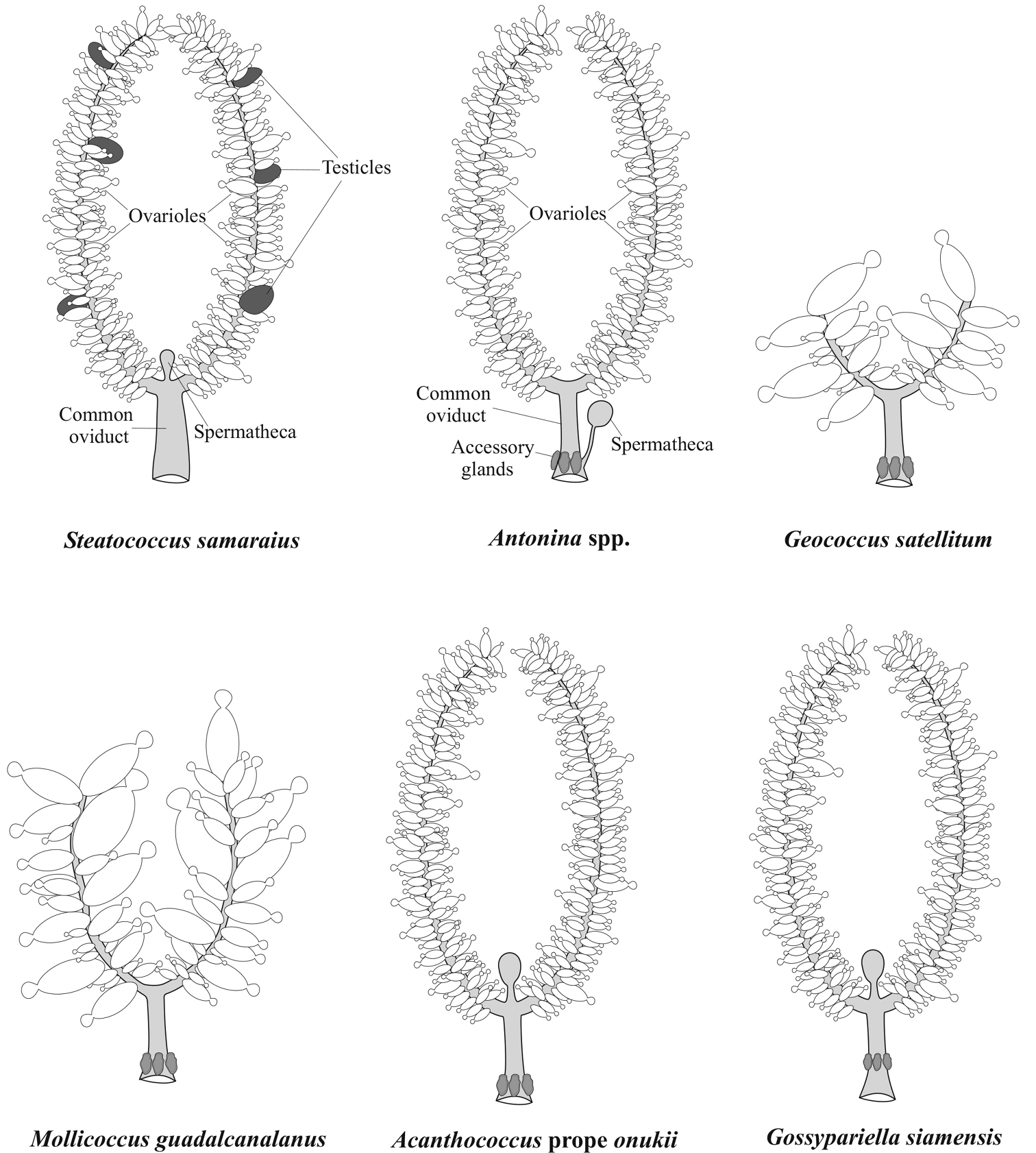