Vierbergen, Gijsbertus, 2014, Thysanoptera intercepted in the Netherlands on plant products from Ethiopia, with description of two new species of the genus Thrips, Zootaxa 3765 (3), pp. 269-278 : 271

Described from a single female taken on Poaceae   in India ( Bhatti 1967), four females labelled as topotypes of this species by Bhatti have been studied (in SMF) with the following data: India, Bombay, Maharashtra, Malabar Hill on Digitaria   , 12.ii. 1991 (J. S. Bhatti). Also in SMF there are 3 females and 2 males of A. latis   from South Africa, on Triticum aestivum   , viii. 1980 (P.H. Hewitt). Moreover, in PPS there is one female with the following data: from Rosa   (as cut flower) at Bleiswijk, Netherlands (imported from Zimbabwe), 3.xii. 1997 (F. van Holsteijn). One female was collected from Rosa   cut flowers imported from Ethiopia, 27.xii. 2004, at Noordwijk, Netherlands (J.G. de Zeeuw). These are the first records for the Afrotropical Region, and despite adults being collected from roses the species probably lives on Poaceae   . A. latis   has a yellow body, with antennal segments I and II yellow, III and IV greyish brown, V–VII brown ( Fig. 1 View FIGURES 1 – 2 ); the ocellar setae are short, placed outside the ocellar triangle (in front of and close to hind ocelli); pronotum with few discal setae; fore wings darkened; metanotum sculpture reticulate, without campaniform sensilla ( Fig. 2 View FIGURES 1 – 2 ); tergite VIII posteromarginal comb long and complete, setae with apex obtuse. A. latis   has much in common with A. graminum Priesner   (distribution Mediterranean Area, Canary Isles and Cape Verde Islands), but that has no metanotal campaniform sensilla, and the length/width ratio of antennal segments III–V larger: A. graminum   2.3–2.4 versus A. latus   1.7–2.1. 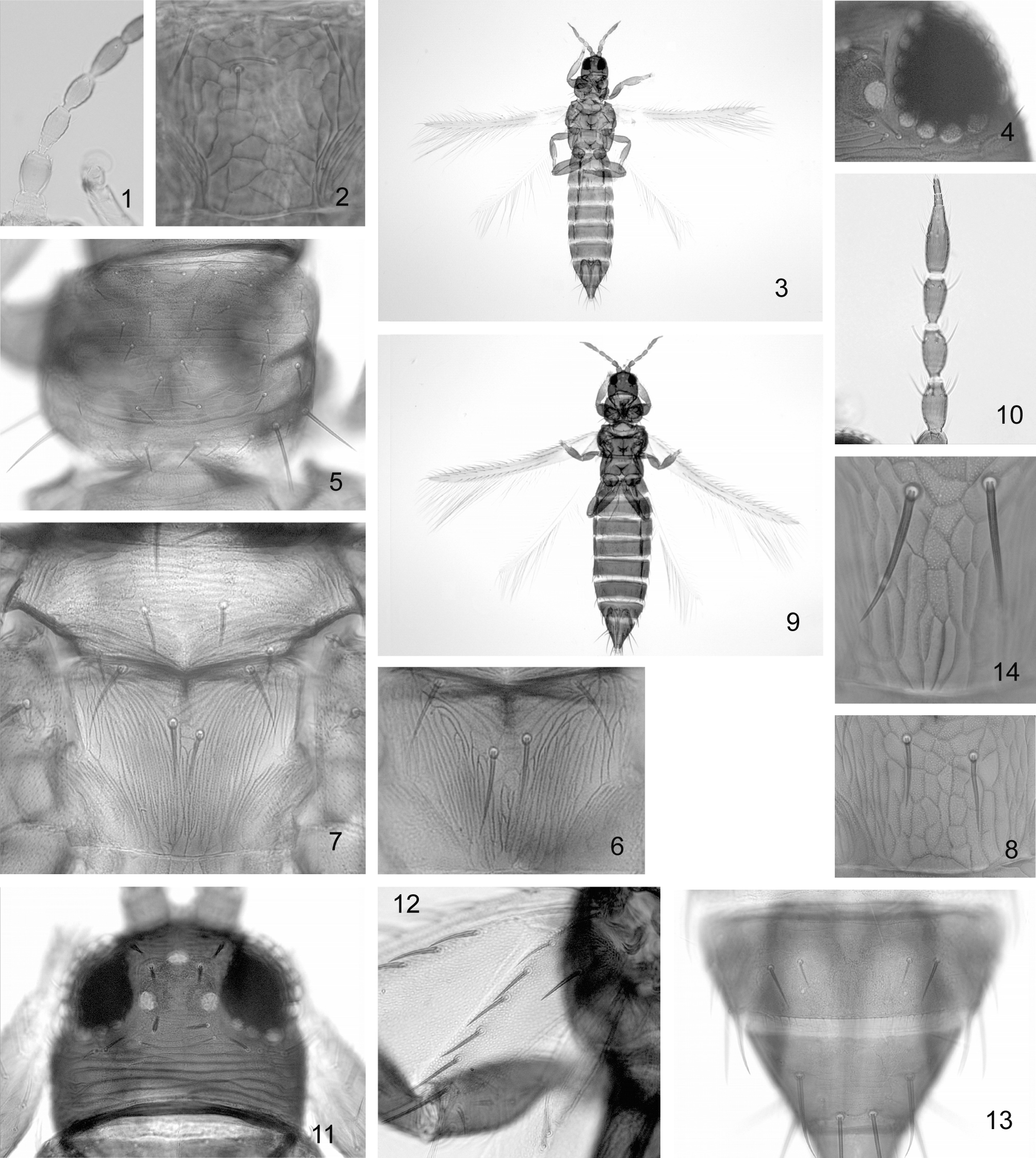