Minor cheliped slightly smaller and distinctly more slender than major cheliped; ischium, merus and carpus generally similar to those of major cheliped, ischium with two teeth on ventrolateral margin; chela more slender compared to major chela; fingers noticeably longer than palm; cutting edge of pollex with small rounded teeth and three much larger triangular sharp teeth at about 0.3, 0.6 and 0.8 length, respectively; cutting edge of dactylus serrated with small blunt teeth, with one tooth at about mid-length being somewhat larger than others ( Fig. 13 View FIGURE 13 C, D).

Etymology. The new species is named after our colleague, Dr. John Christy (Smithsonian Tropical Research Institute) for his important contributions on ecology and behaviour of Decapoda   .

Axianassa christyi   sp. nov. can be also separated from the remaining western Atlantic species of the genus, viz. A. jamaicensis   , A. australis   and A. intermedia   , by the distally pointed, triangular rostrum (vs. distally rounded in the other three species) and the mesially unarmed antennal acicle (vs. armed with a tooth in the other three species); specifically from A. jamaicensis   by the major cheliped carpus ventrally smooth (vs. with bumps or blunt teeth in A. jamaicensis   ); specifically from A. australis   by the first pleuron unarmed ventrally (vs. with a sharp process in A. australis   ); and specifically from A. intermedia   by the absence of thick fusiform setae on the third maxilliped merus (vs. with fusiform setae in A. intermedia   ) (cf. Kensley & Heard 1990; Rodrigues & Shimizu 1992). The new species is easily distinguishable from the western Pacific A. heardi   and A. japonica   , using the same morphological criteria as for A. linda   sp. nov. (see above and Anker 2011 a; Komai 2014). 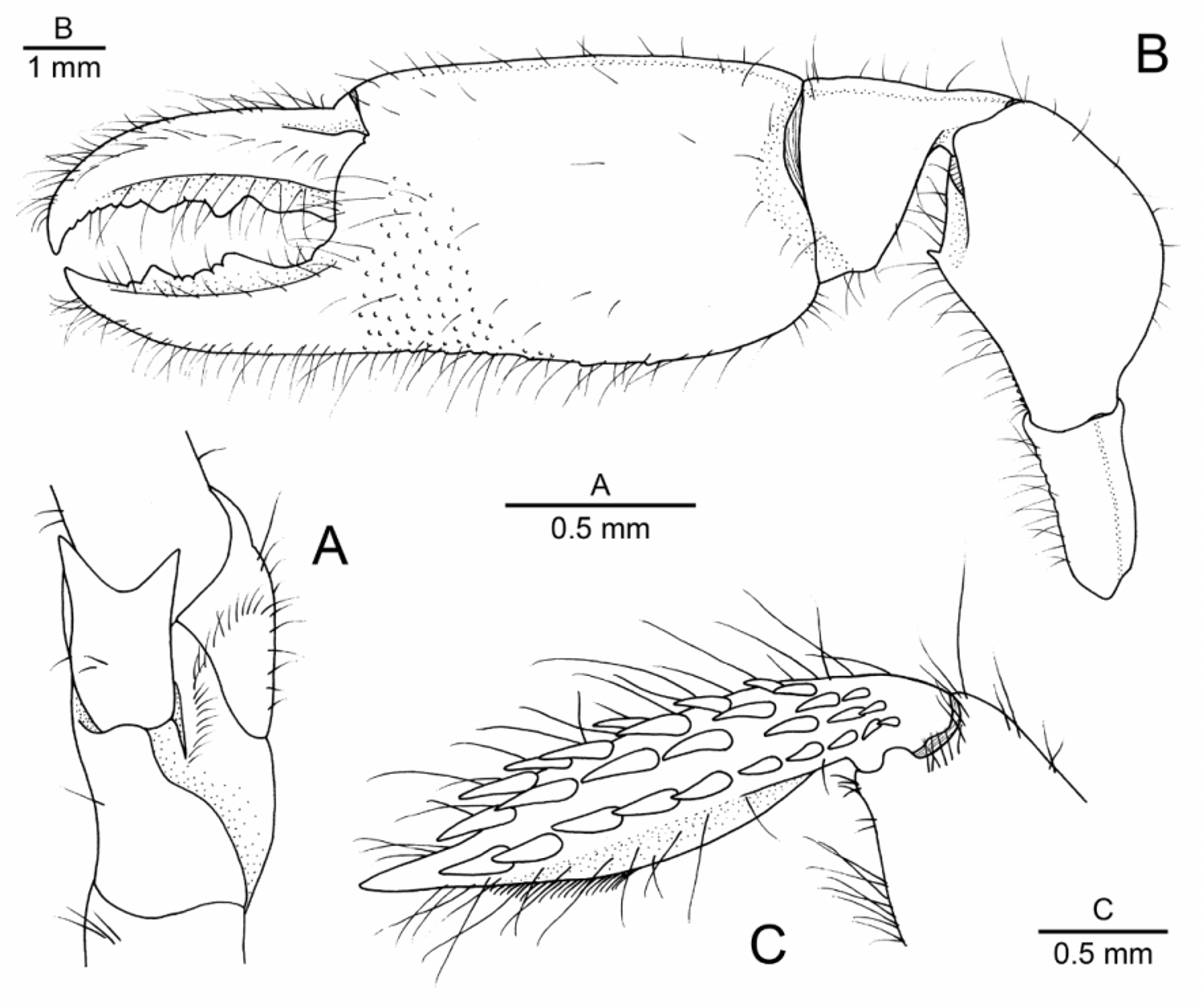