Remarks. The Lifou specimens agree well with the syntypes. The colouration is light brown and preserves well in alcohol. They are characterized by tuberculous, more or less convex, dorsal disk plates, a distinct trio of plates distal to the radial shields and three small, blunt arm spines, of which the ventralmost one is distinctly larger than the other two. The microstructure of the arm plates shows a grainy surface. The proximal arm vertebrae are elongated, similar to distal vertebrae of O. longispina   , suggesting a paedomorphic condition in O. projecta   . The spine articulation consists of two narrow parallel ribs and differs from the thicker, rounded, at one end connected ribs that comprise the articulation of O. longispina   ; another possible indication of paedomorphosis. In placing this species in Ophiozonella, Matsumoto (1915)   contradicts himself immediately after describing the genus as lacking the trio of plates distal to the radial shields (typical for Ophiolepis   ), since these are obvious in the syntypes. The validity of this character is thus doubtful. Ophiolepis   is also differentiated from Ophiozonella   by its larger dorsal disk plates being encircled by small scales. However, in juvenile Ophiolepis superba H.L. Clark, 1915   (the generic type) these scales are absent (Cherbonnier & Guille 1978). The partially paedomorphic appearance of the small species O. projecta   , the presence of a trio of plates distal to the radial shields, and its occurrence at rather shallow depths suggest that the affinities between Ophiozonella   and Ophiolepis   may need to be re-investigated. The species may also be mistaken for an Ophiozonoida   (see above), further emphasizing the need for taxonomic revision of all these forms.

Distribution. The species has a wide distribution, from Japan to the Philippines and New Caledonia, for which it is a new record. The four syntype localities in the original description ( Koehler 1905) range across depths of 15– 113 m, whereas the specimens from Lifou were collected at depths of 100– 260 m. 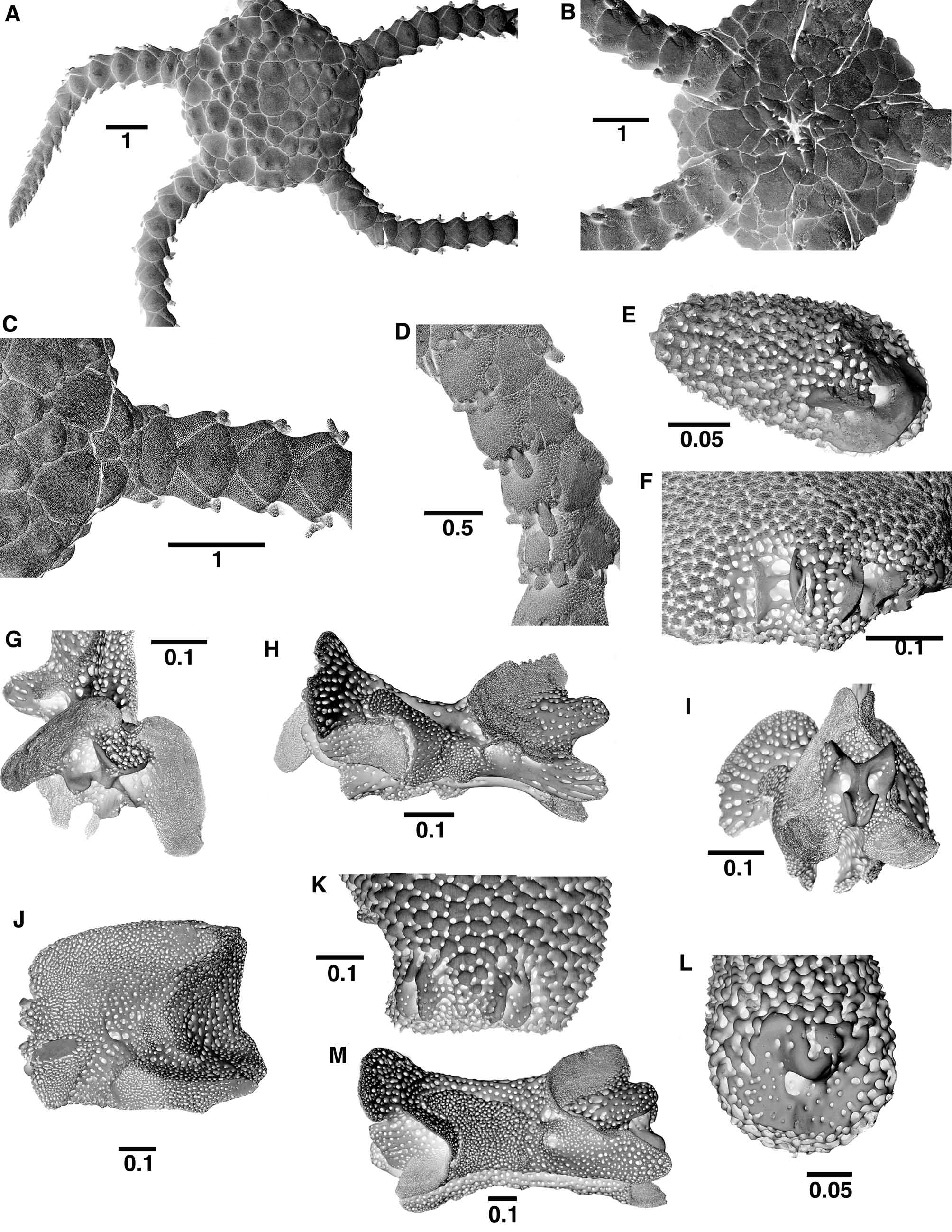