Remarks. For comparison with O. degeneri   a small spm of 4.5 mm dd was selected, incidentally from the same sample. In this sample there also was the smallest O. porrecta   of the material, at 3.2 mm dd, and a same size O. degeneri   . The size range over all samples was 3.2–10 mm dd, and thus O. porrecta   reaches about twice the size of O. degeneri   . Ophionereis porrecta   can be distinguished from O. degeneri   by the large marginal radial dorsal disk scales, the longer, tapered arm spines, the smaller supplementary dorsal arm plates, the convex distal edge of the ventral arm plates and by the oral shield being as wide as long. For further discussion see under O. degeneri   . The sympatric occurrence of both species at similar size in the same sample further corroborates their validity as separate species.

Distribution. At Lifou this species was found at depths of 4– 130 m. Its true geographical distribution cannot be determined since it has often been confused with O. degeneri   , but it appears to be a common species in the tropical Indo-Pacific. Since more than four times as many (38) specimens of O. porrecta   as of O. degeneri   were collected at Lifou, it appears to be the more common and more widely distributed species of the two, possibly with wider ecological tolerances or more easily collected. 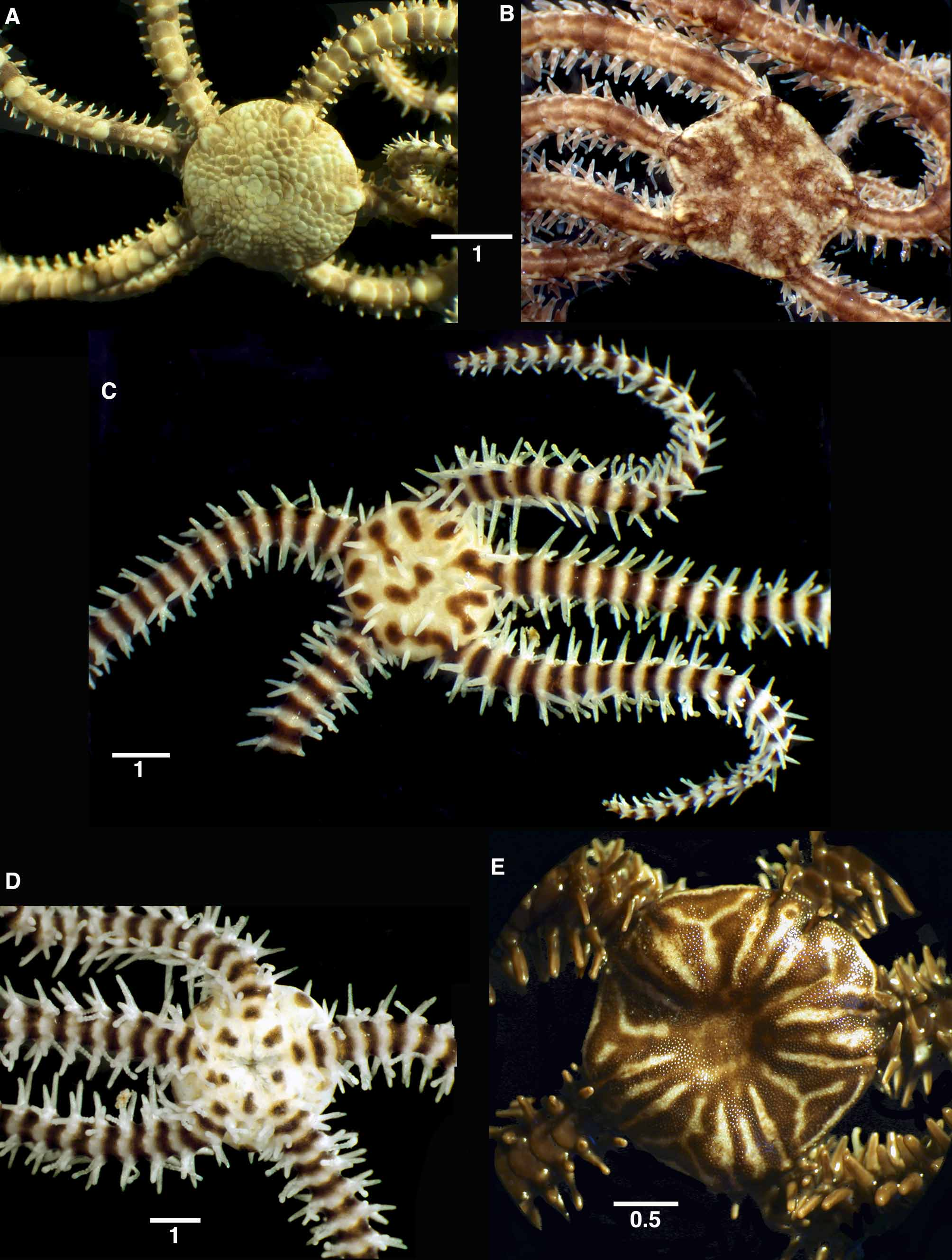