Remarks. These specimens agree well with those previously found in New Caledonian waters ( O’Hara & Stöhr 2006). Four of them show a longitudinal dark stripe along the arms, the fifth is spotted. All of them are juveniles, since the species is known to reach at least 9 mm dd. 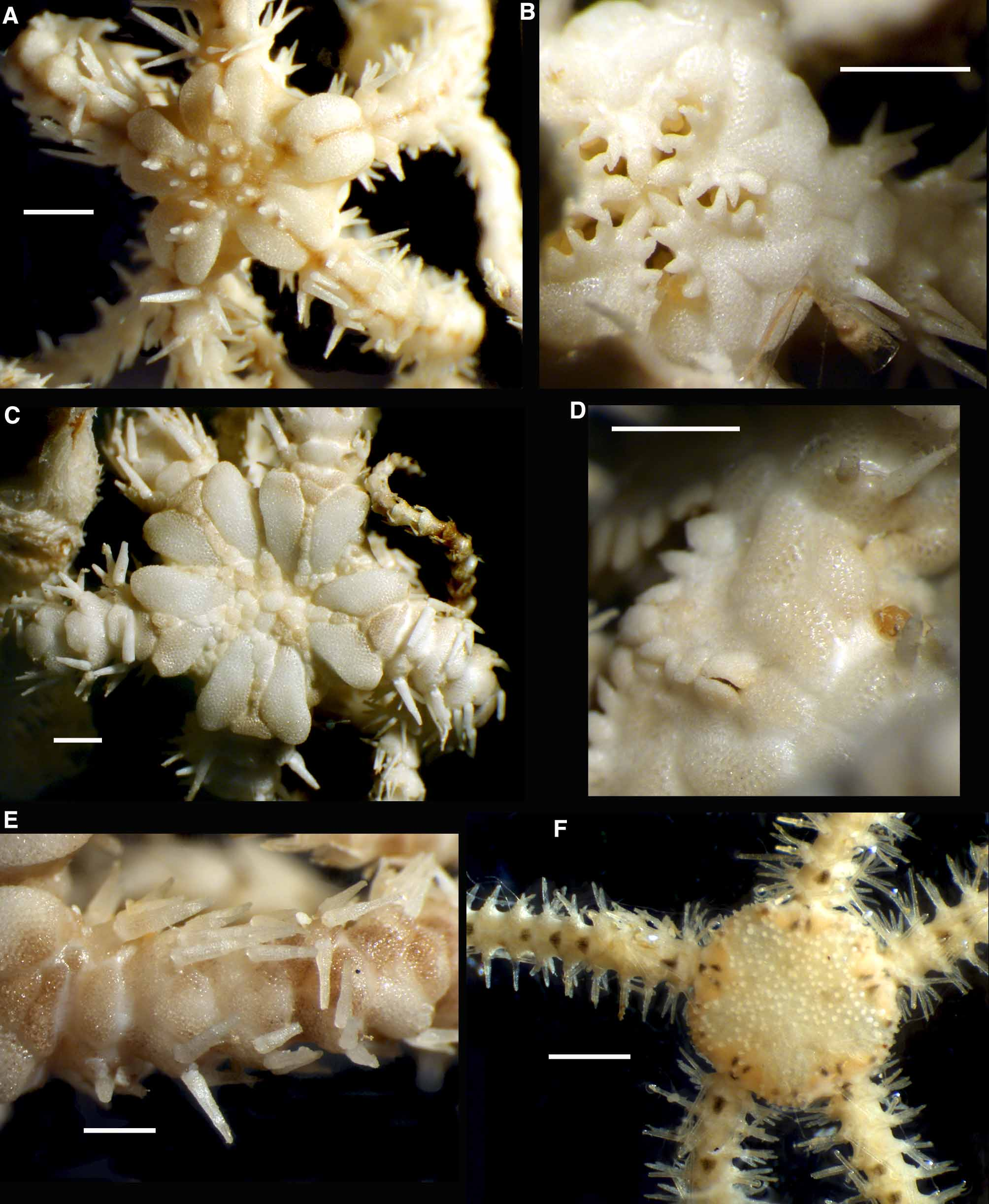