Etymology. This species is named for Dr. Nancy J. Maciolek, polychaete systematist, in recognition of her prior work on similar species of Orbiniidae   . 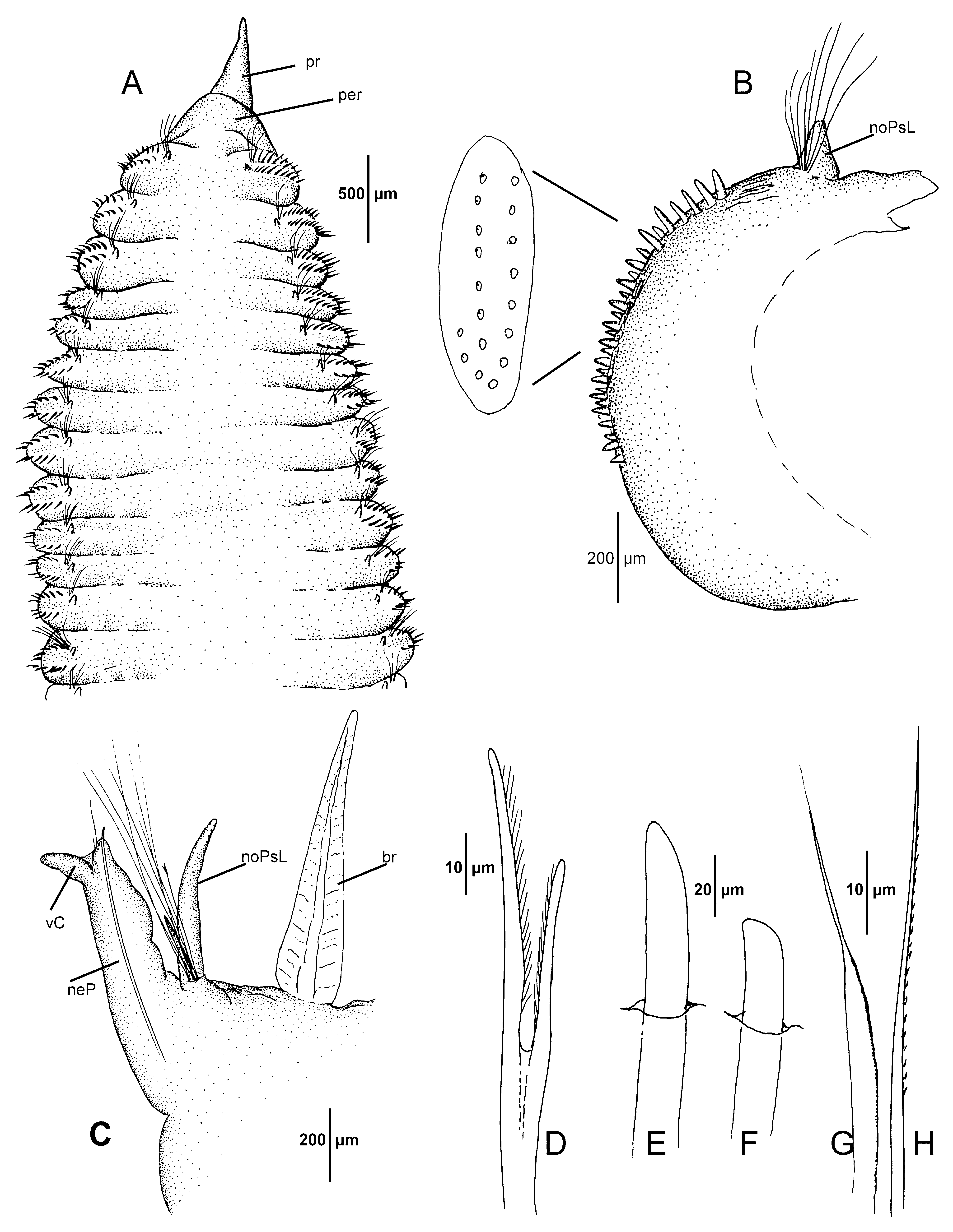