Differential remarks. See M. helambuensis   for differences from that species. Microplinthus gupta   , living to the south-east, has the elytra with high tubercles. The species most similar morphologically is M. schmidti   , differing in the slightly glossy integument, the slender setae on the elytra, the well-delimited longitudinal lines on rostrum, the female sternum VIII with long branches.

Origin of the name. This species name derives from Ganesha, or Ganesh, one of the best known deities in the Hindu pantheon. With his elephant head, he is known by many attributes, and is widely revered as the patron of arts and sciences.

Distribution. Central Nepal, on the mountains on the west side of the Trishuli river ( Fig. 30 View FIGURE 30 ). 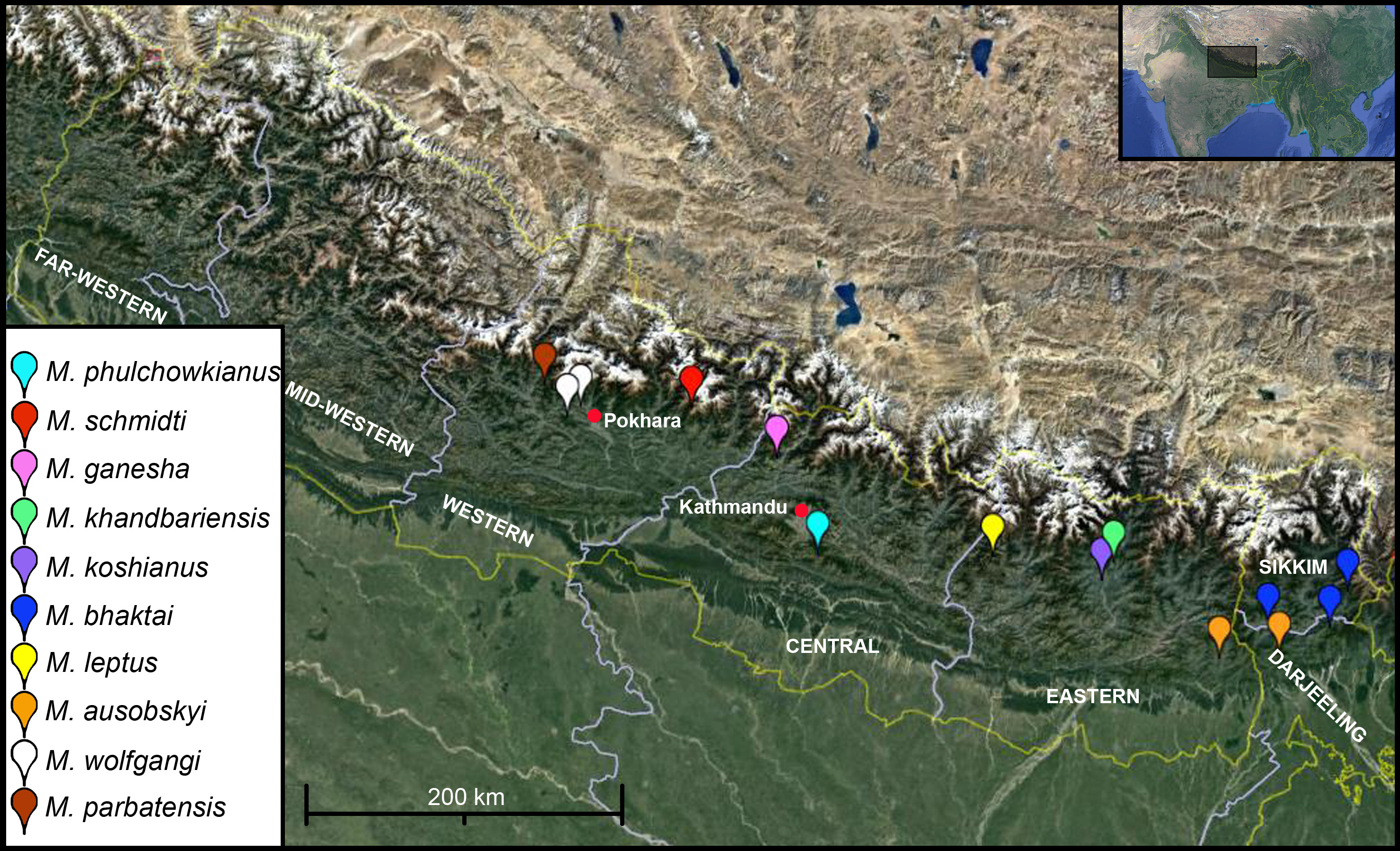