This species was collected from the body of Rattus losea exiguous  in Fukien, China ( Wang and

Li 1965) and described as a member of Androlaelaps  while the morphological traits do not fit the characteristics of the genus and consistent with the Gaeolaelaps  genus as also suspected by Kazemi et al. (2014). Androlaelaps  mites have membranous flap-like epistome more or less rounded anteriorly and never denticulate. Cheliceral fixed digit in female usually shorter than movable one and each with various situation of dentation, pilus dentilis with different shapes and in any case it has grown to varying degrees. Palp tarsal-claw is two-tined. Sternal shield usually wider than long. Male usually has special fixed and movable digits equipped with spermadactyle, which has some variation in shape and length in the genus. Fixed digit in the male markedly reduced, edentate; movable digit usually edentate and partially fused with the elongated and grooved spermadactyle.

The morphological traits of G. trifurcatus  new comb., including the dorsal shield and its chaetotaxy, as well as the presented figures of ventral idiosomal characters such as presternal, sternal, epigynal shields and also leg II ( Figures 12View Figure 12 and 13View Figure 13 sensu Wang and Li 1965), all indicate its similarity with G. angustus  . 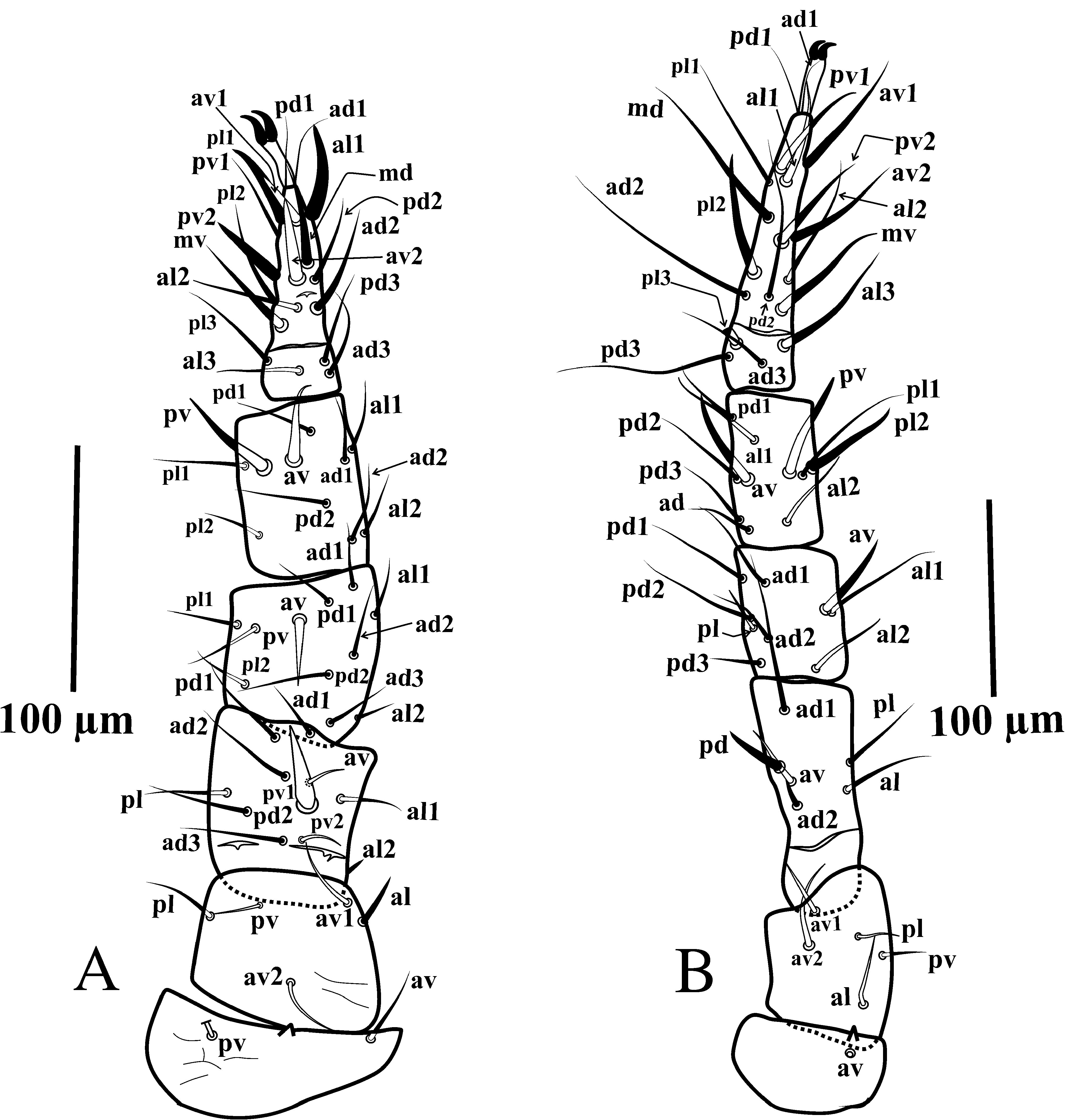 Figure 13 Gaeolaelaps angustus/queenslandicus, Female (Based on specimen from Iran): A – Leg II; B – Leg IV.