Elhamma inconcluso Walker, F. (1856)  . Lepidoptera Heterocera. List  of the specimens of Lepidopterous Insects in the collection of the British Museum. 7: 1508–1808.

Hepialus australasiae Walker, F. (1856)  . Lepidoptera Heterocera. List  of the specimens of Lepidopterous Insects in the collection of the British Museum. 7: 1508–1808.

Distribution and localities ( Fig. 76View FIGURE 76). Found only in Australia, widespread throughout much of Victoria, eastern New South Wales and south eastern Queensland. Two further populations apparently occur in north eastern Queensland: one around Eungella National Park, and one in Tully between Townsville and Cairns.

Notes to distribution: Tindale (1935) listed a single Western Australian female labelled "K.S.G" and two associated, unlabelled males in the Australian Museum, Sydney. He noted they were slightly different in appearance (paler and more ochreous) than eastern specimens, but suggested that this may be due to their "state of preservation" (Tindale 1935, p. 278). I have not been able to locate these specimens, and have not seen any other specimens from Western Australia; hence I have not included these records in the distribution data. Furthermore, some specimens in MNHN were simply labelled "Verraux, Tasmania". These specimens were likely collected by the botanist and ornithologist Jules P. Verraux who collected in Australia for the MNHM in the 1840 s (e.g. https:// www.anbg.gov.au/biography/verreauz-jules.html). Since I have seen no other specimens from Tasmania, I consider the locality records dubious and have not included them in the distribution data.

Flight period: Specimens have been collected from early January to early May (2 / 1-5 / 5) with most records being from February and March.

Diagnosis. Small to medium size. Both sexes can readily be recognized by the small, but sharp, tuft of piliform scales protruding horizontally over the eye from the ventral base of the scape. Males can be recognised by the following combination of characters: hind wings uniformly golden-beige, at most with greyish dusting centrally. Females can also be recognized by the long, narrow wings; the uniform golden-beige ground colour of both wing pars; and the numerous, small, darker spots each comprised by few scales, studded across the forewing.

Genitalia: Dorsal plate large and bi-lobed with a small central incision dorsal to the anus. Subanal plates very large and taking up almost the entire area between the dorsal plate and the ostium with the sclerotisation surrounding the anus: subanal plates divided centrally by a narrow, vertical groove running from the anus to the ostium; horizontal, transverse grooves present on both plates lateral to the vertical groove. Antevaginal lamella trilobed, with the individual lobes widely separate: ventral lobe small, narrow and pointed with a setose tip; lateral lobes positioned just below the lateral corner of the dorsal plate, each lobe narrow, triangular and setose. Ductus bursae long, membranous and unmodified; corpus bursa an ellipsoid broadening of the terminal section of the bursa, similar in structure to the ductus. Spermatheca typically hepialoid (see Kristensen 1978), with a few concentric rings around the terminal end.

Biology. Nothing is known about the biology of this species, but Common (1990, p. 149) states that "adults fly in grassy areas, and the larvae probably feed on grass". 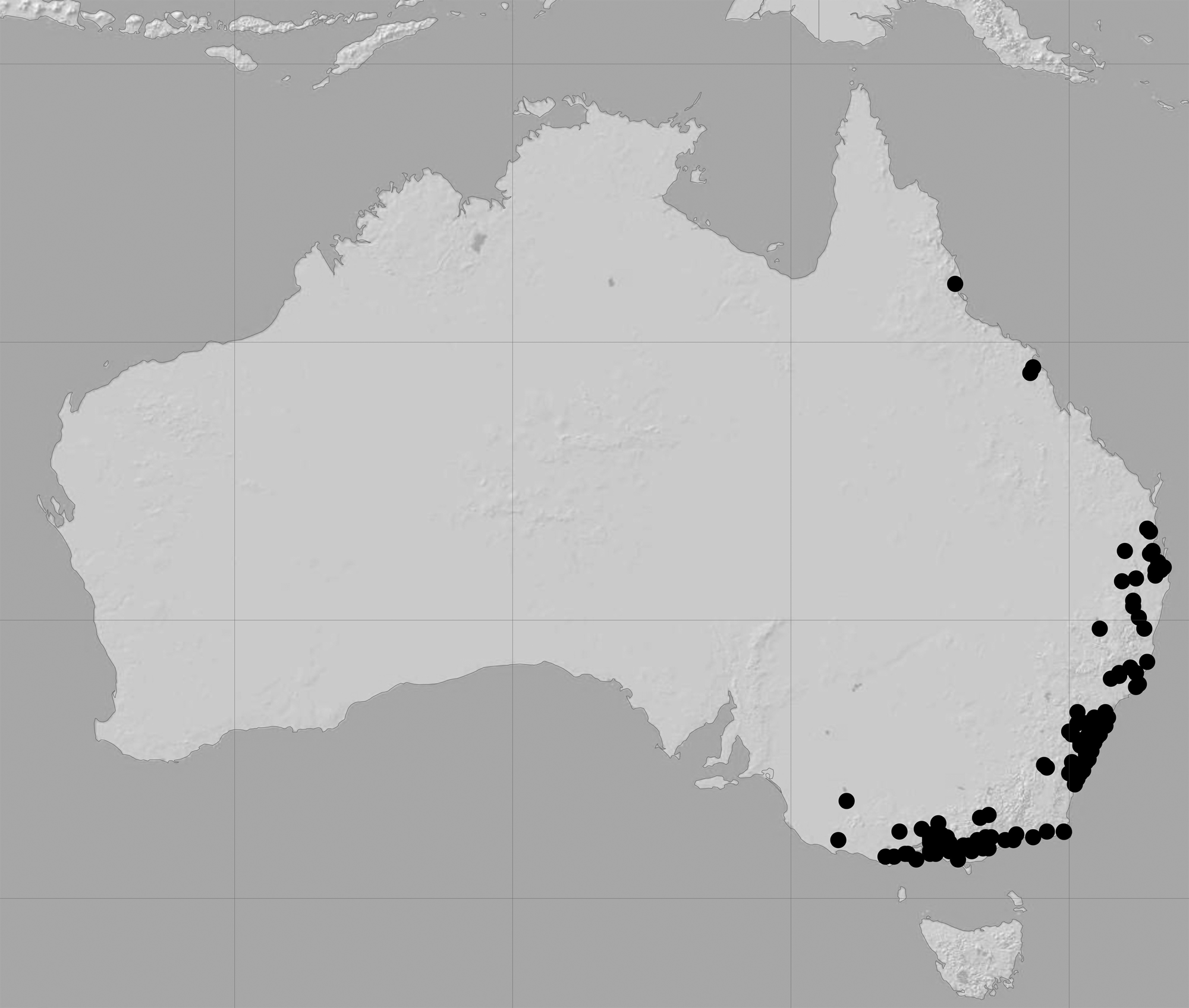