From the English word rectangle, referring to sub-rectangular valve shape in lateral view.

The genus Tonnacypris was first established with the fossil species Tonnacypris loessica Diebel & Pietrzeniuk, 1975. T. rectangularis sp. nov. can be identified as belonging to this genus by the presence of peg on the LV [although not all specimens of this genus have pegs, see e.g., Peng et al. (2021)], presence of the c -seta on the L5, a short d1 - and long d2 - setae on the L6. There are nine extant species in this genus ( Meisch et al. 2019). Among these, T. angulata Yang, 1985 has been described based on valves alone ( Huang et al. 1985), and its generic assignment remains uncertain ( Van der Meeren et al. 2009). The new species can be readily distinguished from all other extant congeners by the valve morphology (e.g., long and sub-parallel or anteriorly sloping dorsal margin, and narrow anterior calcified inner lamella) alone, but its soft parts offer additional diagnostic information. According to the length of the swimming setae on the A2, this species was the most similar to T. mazepovae Van der Meeren et al., 2009. But in T. rectangularis the surface of the carapace and the tooth-bristles on Mx are smooth, while in T. mazepovae the carapace surface is covered with superficial grooves and the tooth-bristles on the Mx are serrated ( Van der Meeren et al. 2009). The present specimens are similar in valve shape and size to T. tonnensis (Diebel & Pietrzeniuk, 1975). However, in T. tonnensis the postero-ventral part of the valve is more narrowly rounded, and its A1 has a very long dorsal seta on the second segment ( Van der Meeren et al. 2009: fig. 8). In addition, the UR attachment is not bifurcated in T. tonnensis . Among the fossil species, the type species T. loessica may resemble the new species in valve morphology ( Fuhrmann 2012). Both species have sub-rectangular valves and their anterior calcified inner lamella is narrow. However, while the dorsal margin of T. rectangularis is sub-parallel to the ventral margin or is inclined anteriorly, the dorsal margin of T. loessica is sloping posteriorly. And the antero-dorsal part of both valves of T. loessica is angular, forming an antero-dorsal corner (cf. Fuhrmann 2012). 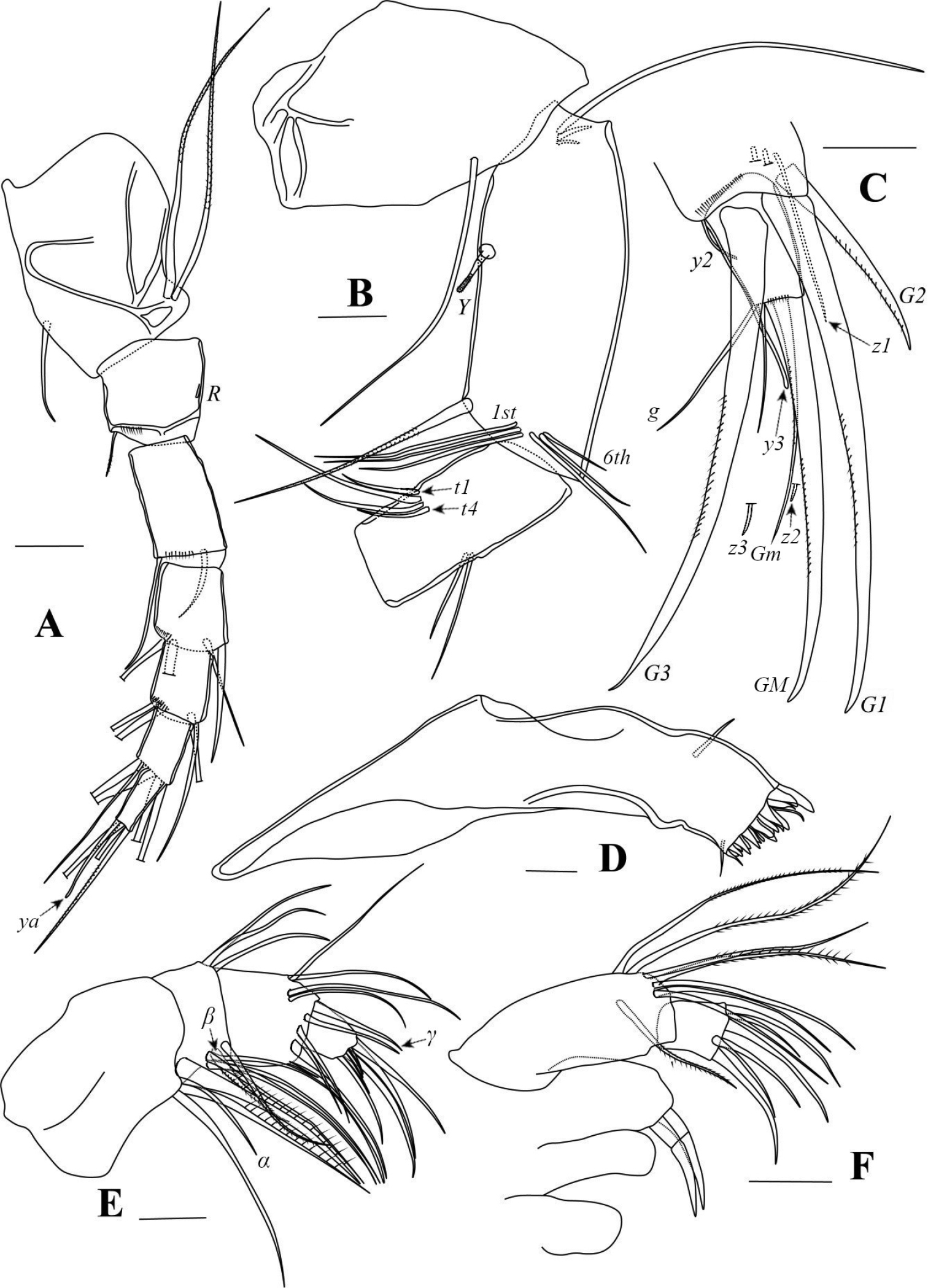 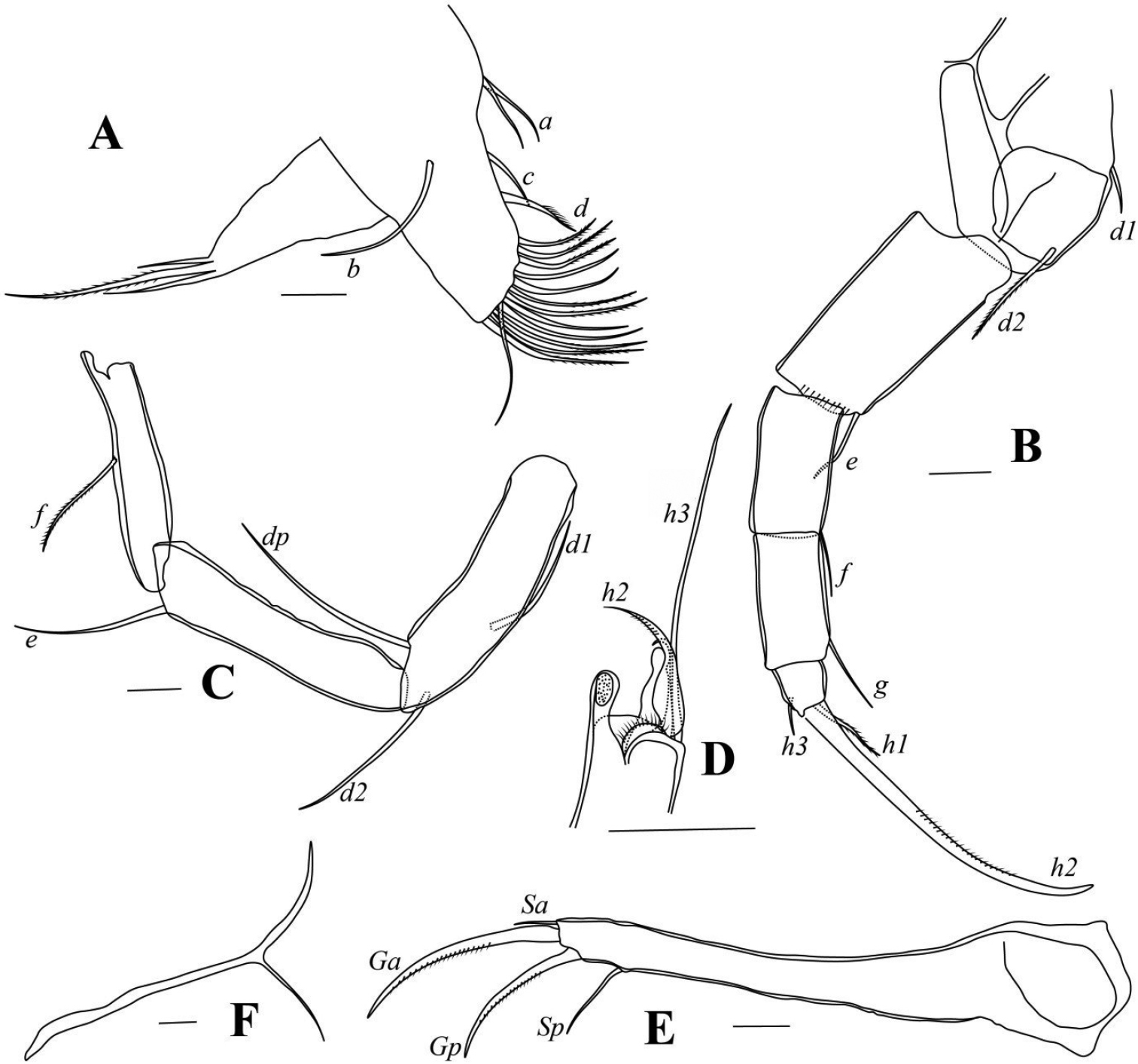