Distribution and ecology: Known from Fernandina, Isabela, Pinta, Pinzón, San Cristóbal, Santa Cruz, and Santiago Island. The most common Galapagos reindeer lichen. Often the dominant taxon in lichen heaths of the humid highlands, where it can form gigantic   cusions up to several meters in diameter. Few specimens have also been collected in humid habitats at lower altitudes, in the transition or even dry zone.

Morphologically the latter two chemotypes are very similar and extremely difficult to distinguish.

The different surface seems to be perphaps the most diagnostic morphological character of the two chemotypes: typical C. confusa f. confusa   has packets of granular algae dispersed on an arachnoid stereome. Its surface appears overall rather smooth, though somewhat cottony and less compact, and as if peppered with granular packets of algae wrapped in hyphae. The other chemotype has a much more uneven surface and seems to lack the granular packets of algae; instead the packets of algae seem to be more closely incorporated into the stereome surface, causing the “bumpy” appearance.

Nevertheless, how consistently these characters indeed correlate with the two chemotypes is quite diffcult to assess. To some extent the differences appear quite transient and we therefore hesitate to describe a new species here based on these rather inconspicous characters. 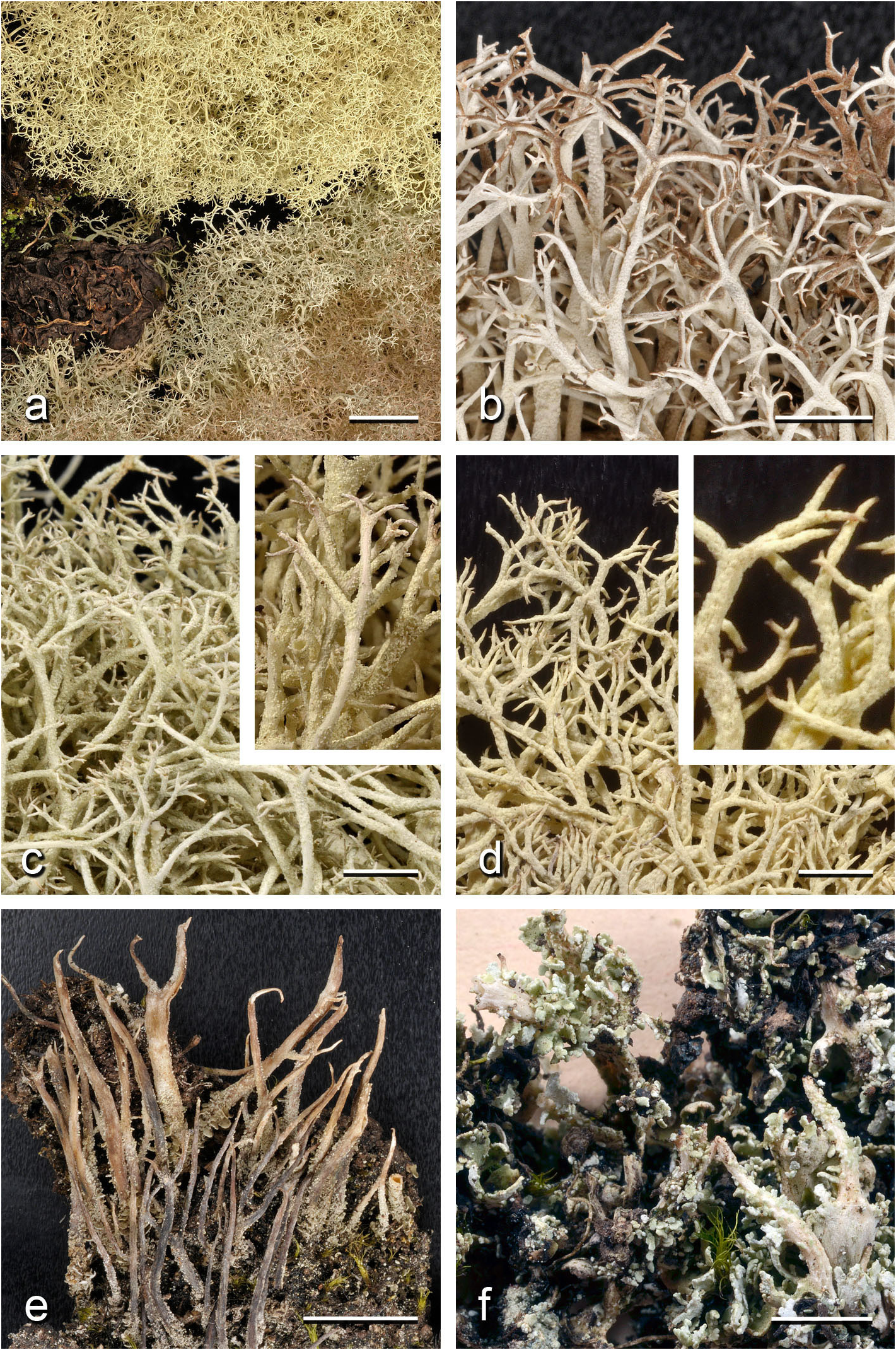