In North America, most specimens of this species have been collected from near water, including a sandy creek bank, in a dried streambed and in moss near the splash zone of a waterfall ( Klimaszewski et al. 2018). Nearctic populations of this species are only known from female specimens and the species may be parthenogenetic in North America. In its native distribution, the northern and northwestern populations are also parthenogenetic ( Assing 2021) and most likely represent the source population for the Nearctic introduction.

Parocyusa rubicunda   is a widespread West Palaearctic species (Europe, European Russia, Turkey, Georgia, Iran, Kazakhstan, Kyrgyzstan, Tajikistan, Uzbekistan) ( Assing 2021). It is confirmed as established in the Nearctic region and had been previously known from North America under the synonym Tetralaucopora americana   (Casey) ( Klimaszewski et al. 2018). Assing (2021) recently reported this species from BC and treated T. americana   as a tentative synonym based on the results presented in this paper.

Although all available sequences of this species are partial (382-407 bp) and a BIN has not been established as that would require at least one founding member with a minimum sequence length of 500 bp, Nearctic and Palaearctic sequences form a distinct cluster with only a single variable nucleotide site. External morphology and that of the spermatheca are identical. As spermathecae are of generally poor diagnostic value (especially the distal part) in Parocyusa   ( Assing 2021), the barcode evidence was quite critical for the resolution of this issue. Based on this evidence and a distribution centered around populated areas in northeastern and western North America, we here consider this species to be adventive in the Nearctic region. At the moment, it is not yet possible to determine whether the population in BC is a separate introduction from the northeastern population.

Recently, Assing (2021) revalidated Parocyusa   as a genus separate from Tectusa   after the discovery that Tectusa   was not a monophyletic group. The type species of Parocyusa   was found to be congeneric with that of Tetralaucopora   , and the latter became a junior synonym of the former. 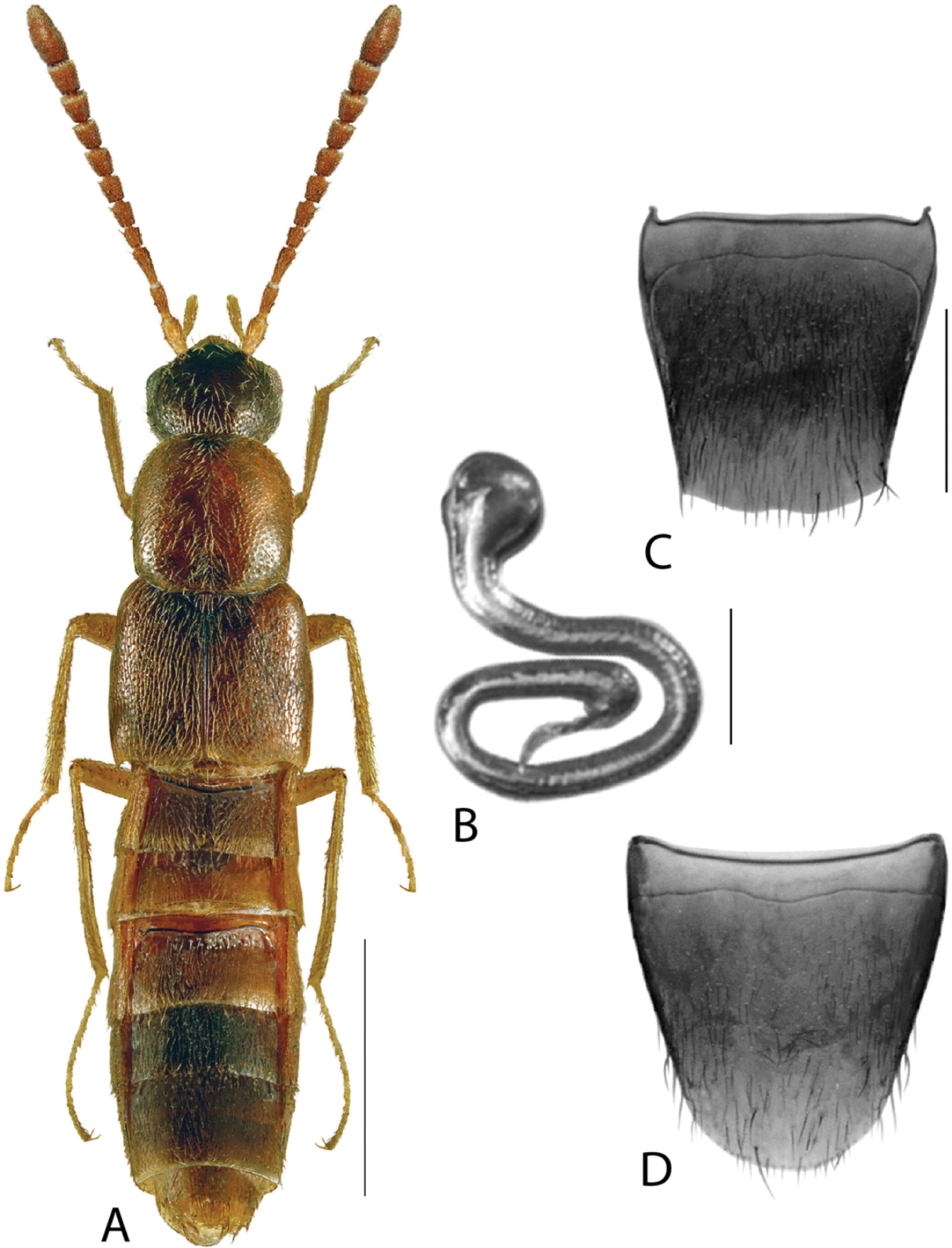