Terminalia   . Posterior margin of tergum 7 with a small patch of sensilla basiconica. Tergum 8 with a large field of sparse sensilla basiconica, its posterior part sclerotized, with an upraised brown sclerite together with two triangular wings which generally seems like a butterfly, in lateral aspect this area appearing as a projecting cone. Membranous portion of tergum 9 anteriomedially with dense small sensilla on an elevated area better seen in lateral view. Hemitergal processes of tergum 10 grooved along inner surface, tip acute and slightly hooked in lateral view; basal callus rounded ( Figs. 1b & 1c View FIGURE 1 ).

Etymology. The specific epithet refers to the two stigmata of the head.

Remarks. The new species is closely related to T. illiesi   originally described from Vietnam (also known from Yunnan Province of China as reported below) in the general characters of terminalia   and aedeagus. However, the ocellar patch of T. illiesi   is entire between posterior ocelli and much larger and extends to M-line, whereas the medially interrupted patch in the new species is much smaller and about as large as one posterior ocellus. Additionally, the spinous sclerite on tergum 8 in T. bimaculata   sp. nov. is butterfly-like but that in T. illiesi   is roughly rounded and tergum 7 in T. illiesi   has no patch of sensilla basiconica as occurring in T. bimaculata   . Finally, the basal band of spines and the basal portion of apical spinous band of the aedeagal sac in T. bimaculata   sp. nov. are interrupted dorsally whereas those patches are entire in T. illiesi   . 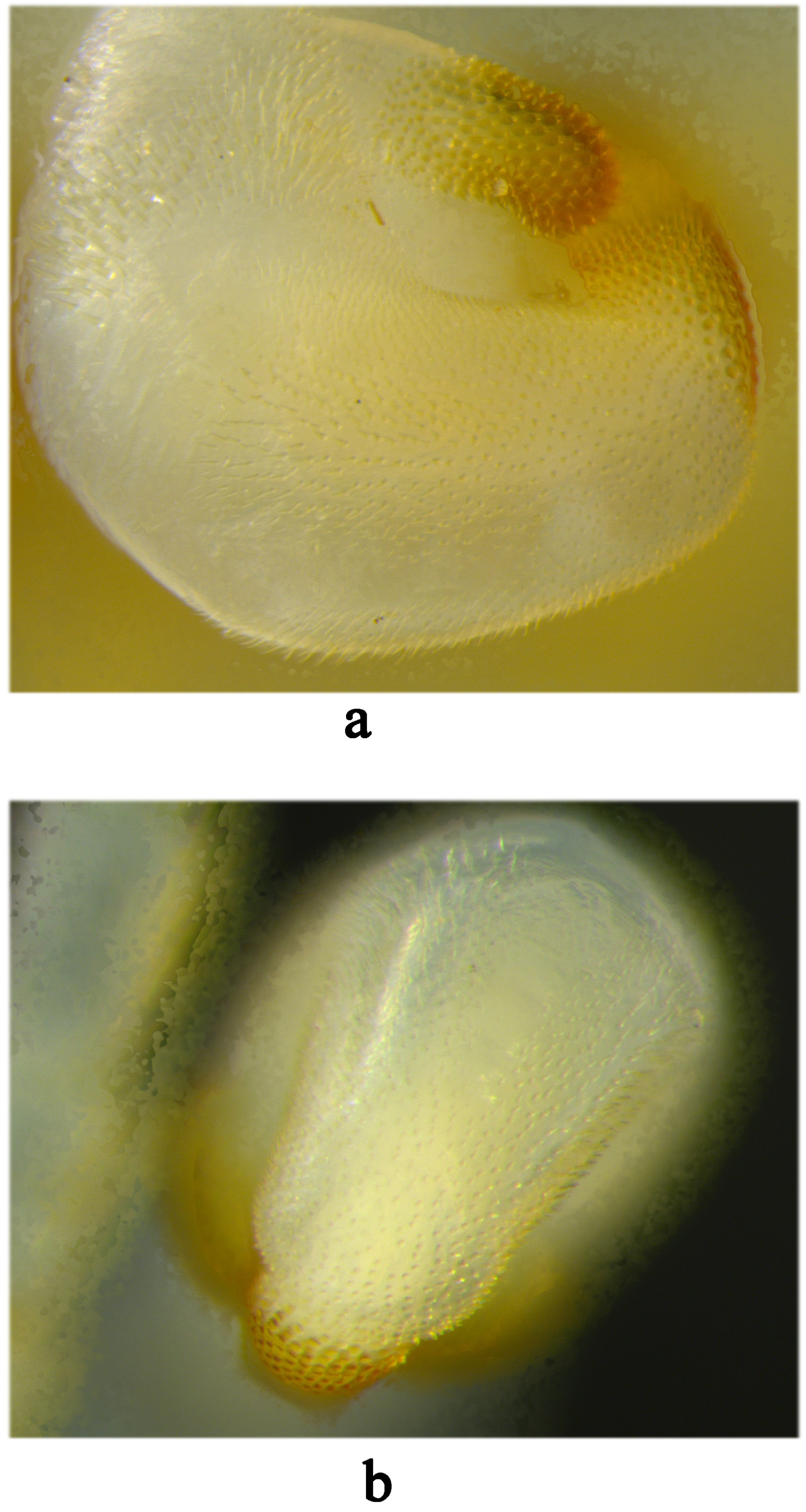